The Baltic Pipe project, which is being developed by GAZ-SYSTEM and Energinet, will deliver natural gas produced in Norway to Denmark, Poland and other countries in the region 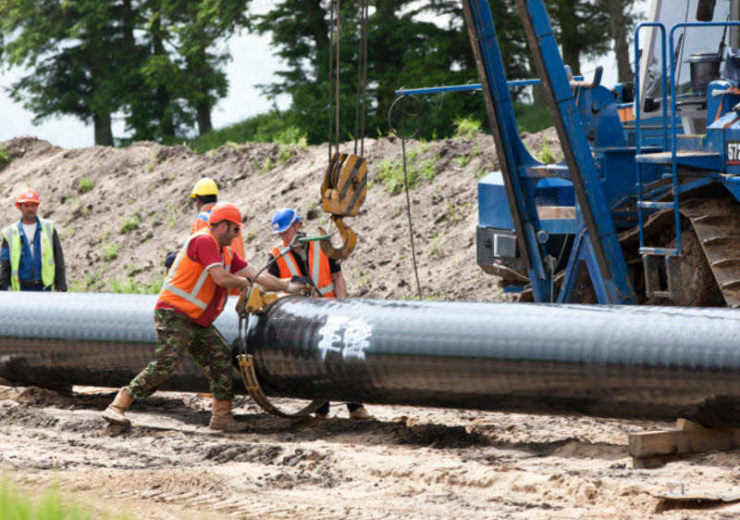 The Baltic Pipe will supply gas from Norway to Poland via Denmark. Image courtesy of Energinet.

The Danish government has approved construction on the offshore part of the Baltic Pipe project in Denmark’s territorial waters in the Baltic Sea and the North Sea.

The project is a 900km long natural gas pipeline that will span across Denmark, Sweden and Poland. It is being developed by Polish gas transmission system operator (TSO) GAZ-SYSTEM and its Danish counterpart Energinet, who had taken final investment decisions (FIDs) on the project in December 2018.

The Danish Ministry of Climate, Energy and Utilities issued two decisions for the gas pipeline project, one for GAZ-SYSTEM and the other for Energinet.

The approval given for the Polish TSO covers the two sections where the offshore pipeline on the Baltic Sea bed will be built.

The offshore section of the pipeline in each of the sections will be around 133km long.

The approval for Energinet covers two sections as well, one in the North Sea, and the other in Little Belt, a strait between Funen Island and Jutland Peninsula.

The North Sea section covers nearly 105km of pipeline from the existing Norwegian Europipe II pipeline till the Danish West Coast at Houstrup Strand in Jutland. The other section covers the 4km crossing of Little Belt.

GAZ-SYSTEM president Tomasz Stępień said: “The approval of the Danish government for the construction of the offshore part of Baltic Pipe is a key element for the Project implementation. It is a construction permit integrated with the environmental decision for the marine area.

“The documentation prepared by GAZ-SYSTEM provides for a number of technological solutions minimising the pipeline’s impact on the surroundings.”