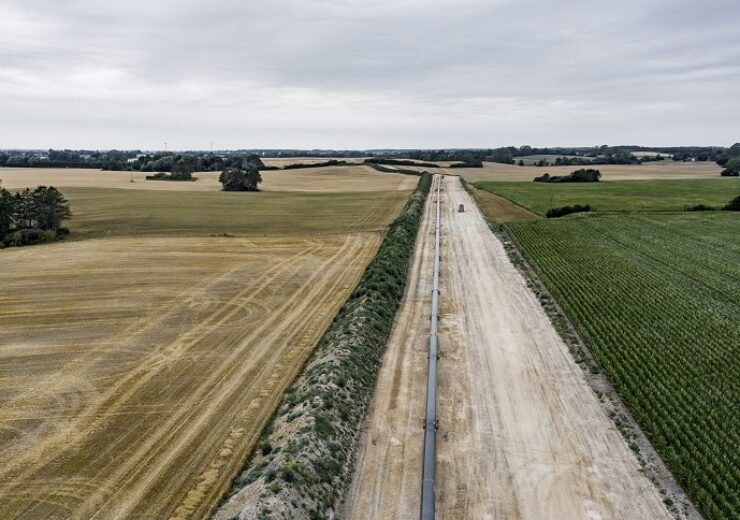 After three years of construction work and even longer preparation, the gas pipeline is now ready. It connects Norway, Denmark and Poland and helps ensure security of supply in Europe.

On 30th of November, 2022, Baltic Pipe went into in full operation.

The gas pipeline was commissioned with partial capacity on October 1 – it is now ready to send gas at full capacity, which is up to 10 billion cubic metres of gas per year (BCM/a).

“It’s a huge day for us in Europe. After a very intense process, we have reached the target and can open the valves on Baltic Pipe. The war in Ukraine and the resulting energy crisis have – unfortunately – underlined the importance of this project. By constructing the new gas pipeline, we are helping to fulfil Poland’s wish to become independent of Russian gas. Baltic Pipe also helps Poland transform its energy system from coal to natural gas, which is an important stepping stone on the road towards much more renewable energy,” says Torben Brabo, Director of International Relations in Energinet.

“There has been excellent cooperation across the countries, and we can build on this, when we are going to work even closer together on energy and the expansion of renewable energy in future. Cross-border cooperation is not only a necessity in order to overcome the energy crisis, but also to ensure that we achieve a safe and efficient green transition,” he says.

Baltic Pipe strengthens security of supply in Poland and the countries connected to Poland by gas pipelines. Approximately 80 percent of the capacity in Baltic Pipe is reserved for the next 15 years, but all gas suppliers, also in Baltic States, Finland and Denmark, have the option of bidding on the available capacity in the pipeline and supplying Danish consumers with gas from Norway.

The commissioning of Baltic Pipe is the culmination of years of preparations and construction work across the North Sea, Denmark, and Poland. In the past three years, Energinet have laid 210 km of pipeline in the ground across the country and almost 110 km on the seabed.

Energinet has also expanded a receiving terminal for gas in Western Jutland and built a new compressor station in Southern Zealand. In the course of the project, many challenges were encountered, including bad weather with rain for months, the COVID 19 pandemic and an environmental permit, which was withdrawn and had to be re-applied for.

“In Energinet, we are used to large construction projects. Nevertheless, I would like to say that Baltic Pipe has been unusually complicated, among other things due to the challenges we were affected by and due to the size and complexity of the project. Along the way, we have crossed motorways and streams. We have passed through areas of protected nature, areas of wildlife and ancient monuments, which we of course had to protect. We have worked with approx. 550 landowners in 13 municipalities because the pipeline runs across their land,” says Søren Juul Larsen, Project Director for Baltic Pipe, adding:

“In some places, the construction work lasted longer than planned. For understandable reasons, this has tested the patience of landowners and neighbours to the project. We have tried to show them the greatest possible consideration and have worked hard to complete the project. At the same time, safety has the highest priority for us in Energinet, so we have also had a focus on hurrying to get things done without compromising safety.”

The preparations for Baltic Pipe have been in progress for several years. In 2015, Energinet and its Polish colleague, the GAZ-SYSTEM gas transmission company, were granted EU funds to start the preliminary studies for a Danish-Polish connection. The connection was named Baltic Pipe and was included on the EU list of PCI projects (Projects of Common Interest).

In 2018, Energinet and GAZ-SYSTEM made the final investment decision, and the actual construction work began in 2019.