The funding will be available to a nickel manganese cobalt battery material refinery hub by PBT, a project led by Australian Vanadium, Arafura Resources’ Nolans project, and an alumina production facility by Alpha HPA 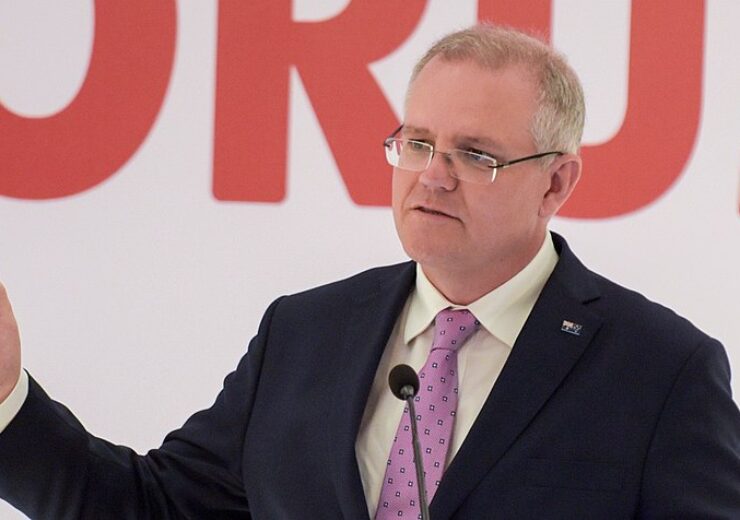 The Australian government has announced a funding of over A$243m ($178m) for four projects with an aim to boost the country’s critical minerals sector.

According to Australian Prime Minister Scott Morrison, the projects are important to securing manufacturing in the country and the thousands of jobs generated by them.

The funding will be made under the Collaboration Stream of the government’s A$1.3bn ($952.3m) Modern Manufacturing Initiative.

Put together, the four projects will generate more than 3,400 jobs over time and consolidate Australia’s position in the quickly growing critical minerals, electric vehicle and battery markets, said the Prime Minister’s Office.

Morrison said: “Projects like these make for a stronger economy and a stronger future for Australia.

“These projects are about manufacturing the products and materials Australians need and the world needs, by making them right here at home.

“We’re helping grow the local critical minerals processing and clean energy industries and locking in the future of those industries by backing manufacturing projects in Australia.”

Pure Battery Technologies will be getting A$119.6m ($87.61m) funding for its $399m ($292.3m) Western Australian pCAM Hub. The company, in partnership with Poseidon Nickel, will construct the battery material refinery hub in the Kalgoorlie region.

Poseidon Nickel managing director and CEO Peter Harold said: “This project will add significant value to the battery minerals it processes, and Poseidon is well placed to be a major beneficiary given it has the potential to be a significant supplier of feed to PBT’s proposed PCAM Hub from our existing 400,000 tonnes nickel resource base and nickel concentrators at Black Swan and Lake Johnston.”

Australian Vanadium and its partners will get A$49m ($36m) for an A$367m ($268.8m) project that will process high-grade vanadium from the company’s Meekatharra mine in Western Australia. The processed vanadium is transported to its Tenindewa plant, which is powered by clean hydrogen produced by partner ATCO Australia.

Arafura Resources will get a funding of A$30m ($22m) for the A$90.8m ($66.5m) Nolans project, which is a rare earth separation plant to be built near Aileron in the Northern Territory.

Alpha HPA will get A$45m ($33m) for its A$330m ($242m) alumina production facility, which it will construct in partnership with Orica near Gladstone.