Gold Fields and EDL are constructing the high penetration renewable microgrid to power the Agnew gold mine in the northern Goldfields, Western Australia 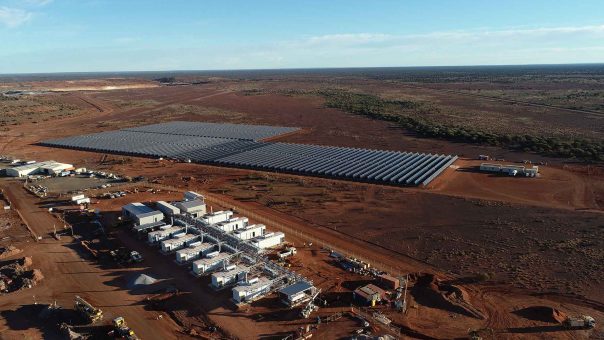 Image: The Agnew gold mine will become one of the country's first mine to be powered by renewable energy. Photo: courtesy of Australian Renewable Energy Agency.

The Australian Renewable Energy Agency (ARENA) has granted A$13.5m (£7.3m) loan to Agnew Gold Mining, a part of Gold Fields Group, to fund the development of renewable microgrid at its Agnew gold mine in the northern Goldfields, Western Australia (WA).

Upon completion of the power project, the Agnew gold mine will become one the country’s first mine to be powered by renewable and low-carbon energy.

EDL to deliver the project for Agnew gold mine

As part of a 10-year agreement signed with Gold Fields, EDL will deliver the project in two stages with stage 1 comprising a new off-grid 23MW power station incorporating 16MW gas and 3MW diesel generation and 4MW photovoltaic solar which is due for completion in mid-2019.

The second stage of the project involves construction of 18MW wind generation, a 13MW battery and an advanced micro-grid control system. Construction on the project has already commenced and is scheduled to be completed in 2020.

“The ARENA contribution significantly supports and encourages our efforts.”

Owned and operated by EDL, the Agnew microgrid project is expected to provide 55-60% of the mine’s energy demands and also meet almost all power needs at certain times.

ARENA CEO Darren Miller said: “The project Gold Fields is undertaking will provide a blueprint for other companies to deploy similar off-grid energy solutions and demonstrate a pathway for commercialisation, helping to decarbonise the mining and resources sector.”

Gold Fields is planning to impalement innovation and technology across all levels of its mining operations.

Mathews added: “At Agnew we will be using instrumentation to detect approaching cloud cover for solar and, potentially in the future, detect changes in wind velocity.

“Based on this data, the gas power station will have forward-looking systems in place to schedule gas generators in response to forecast changes in the renewable energy supply.”