ASX-listed Apollo Minerals’ acquisition of a 20% stake it previously didn’t own in the Couflens tungsten-copper-gold project in France has been approved by the French Ministry of Economy and Finance. 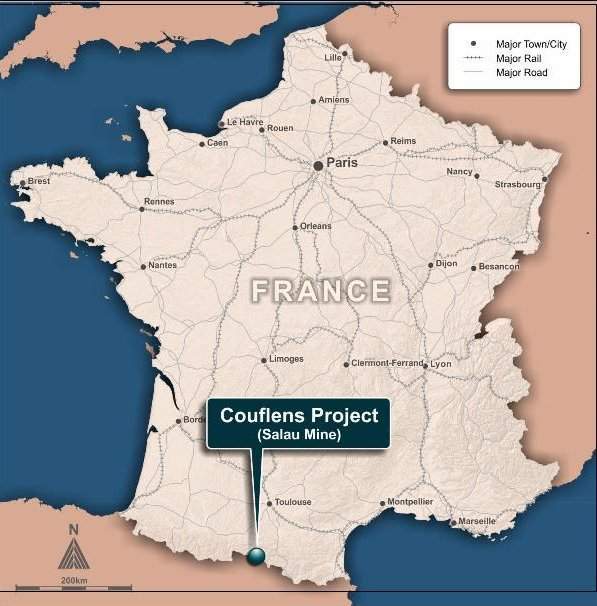 The company had struck a deal in March to acquire the stake in the mining project from Variscan Mines.

Following the French government approval, Apollo Minerals will own 100% stake in Couflens, which is located in the Pyrenees region in southern France. Last year, Apollo Minerals acquired a stake of 80%.

The approval from the French government was a condition precedent to the closing of the transaction.

The Couflens Project, spread over a license area of 42km2 features the historical Salau mine, which was among the highest-grade tungsten mines in the world, during its operations between 1971 and 1986.

Apollo Minerals claims that the Salau mine remains open at depth and with gold upside. Prior to its closure, the Salau mine is recorded to have yielded close to 930,000 tonnes at 1.5% WO3 for about 11,500 tonnes of WO3 in concentrate.

Through the 100% ownership, Apollo Minerals said that it will now have full upside to the Couflens Project as it ramps up major exploration programs and studies.

Apollo Minerals said that positive exploration activities on the project site had driven it to acquire the remaining 20% for complete ownership. The exploration work had confirmed the presence of widespread tungsten (up to 8.25% WO3) and high-grade gold (up to 24.5 g/t).

Apollo Minerals executive director Hugo Schumann said: “Our desire to increase our ownership in the Couflens Project to 100% reflects our growing appreciation of the high quality of the project and its significant exploration upside.

“We are now well placed to carry out our exploration and study programs backed by a strong cash balance and quality institutional shareholders.”

Apollo Minerals revealed its intentions to continue to advance its exploration activities at the Couflens project.