OceanaGold Corporation, operators at the project, have contracted National EWP out of Elko Nevada to reverse circulation drill an approximate 4000 meters at the property, or around 10 holes 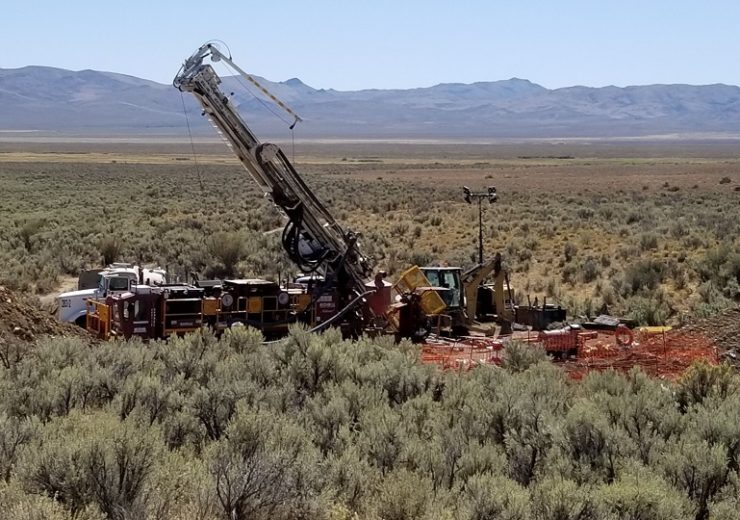 American Pacific Mining announced that drilling has commenced at the Tuscarora Gold Project in Elko Nevada. OceanaGold Corporation, operators at the project, have contracted National EWP out of Elko Nevada to reverse circulation (“rc”) drill an approximate 4000 meters at the property, or around 10 holes.

“The upcoming drill campaign will primarily focus on following up the priority targets defined from the recent CSAMT, gravity and geological mapping programs conducted by OceanaGold,” commented Eric Saderholm, President & Director of APM.  “Drilling will test targets east and west of the South Navajo Vein, which has numerous historic drill holes. The Navajo vein dips to the west and the newly interpreted geophysical data indicate potential parallel east-dipping structures which have never been realized or explored in the past.”

The Tuscarora District lies at the foot of Mount Blitzen on the eastern slope of the Northern Tuscarora Range. The Property has a relatively low silver to gold ratio and almost no base metals. Tuscarora lies in the gold-rich, southern portion of the District, and clearly displays quartz-adularia veins and stockwork associated with the dacitic intrusives and structures formed along the southeast margin of Mount Blitzen. This zone underwent local boiling and shows widespread silicification and adularization along with quartz-adularia veins, stockwork veining, and vug-fills in tuffs and fine-grained epiclastic rocks. The silver-rich portion of the District occurs immediately north of the project.

The State of Nevada is the USA’s top gold producing state, producing 5.47 million troy ounces of gold in 2016, 81% of the US total (Source: Major Mines of Nevada, by Rich Perry and Mike Visher).