Altura Mining has commenced loading of the maiden cargo of spodumene concentrate from Port Hedland. 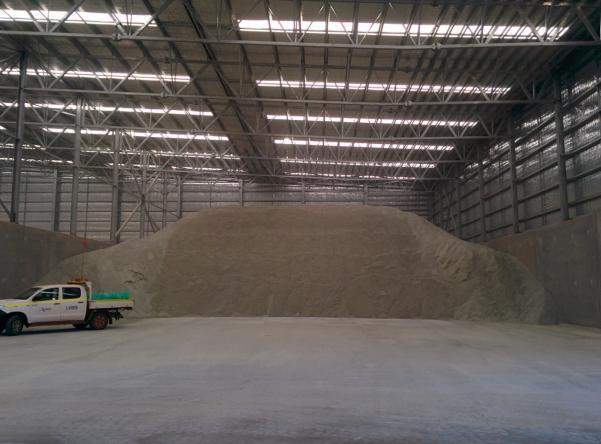 The cargo loading is estimated to be completed in less than 20 hours with additional third-party cargoes to be loaded onto the vessel prior to its departure.

The initial cargo of approximately 5,000 dry metric tonnes is being loaded onto the vessel “MV Clipper Tenacious” destined for China, and purchased by Altura’s offtake partner, Lionergy Limited.

Final product testing of the cargo is ongoing, however the processing plant has been consistently delivering above-specification spodumene concentrate of >6% Li2O and less than 1.05% Fe2O3.

Commenting on the start of shipping from the Altura Lithium Project, Managing Director James Brown said the event was a further major milestone for the Company.

“I am extremely proud of the entire Altura team as we prepare to see off our maiden shipment of highgrade lithium concentrate. It takes a lot of hard work and a high-level of commitment from each team member, and to achieve producer status in just over 18 months is just a fantastic achievement

“We are especially pleased with the above-specification quality of spodumene concentrate that has been produced for this maiden cargo which is a testament to the performance of the processing plant.

“However, the hard work does not stop here. We remain focused on the continued ramp-up of Stage-1 production to nameplate capacity over coming months. Meanwhile we continue to field enquiries from potential offtake partners and are seeing strong demand from North Asia.”

The Company also would like to clarify the timing aspect of the shipment. The vessel nomination was accepted by the Pilbara Ports Authority with a laycan opening date of 15 September 2018 in line with Altura’s recent update.

Due to port maintenance the vessel MV Clipper Tenacious and other booked vessels were not able to berth until completion of the works on 29 September 2018, with each vessel then loaded as determined by the Pilbara Ports Authority.

Laycans have also been confirmed for Altura’s second shipment with a current loading date expected in the second half of October 2018. Future production and cargo movements will be reported as part of the Company’s quarterly updates.