Akuo Energy, the leading French IPP in renewable energy, and ECT, developer of sites via the reuse of land used for construction and civil engineering work, announce the creation of a joint subsidiary, ACT-E. 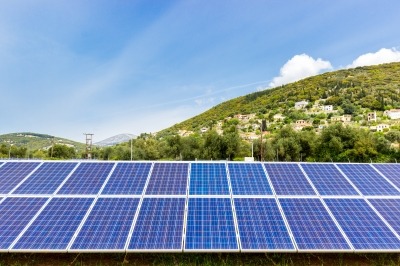 The objective is to increase the production of solar PV energy in the Paris region and reach, on the sites operated by ACT-E, an output of approximately 100 MWc.

ACT-E wants to develop a local territorial approach: provide inhabitants of the Paris region with green energy produced locally in that region.

This partnership between the two companies aims to optimize the performance of electricity produced by photovoltaic plants by adapting their installations. On the identified sites, the contribution of the land provided by ECT plays a decisive role in the realisation of a model designed to ensure that the PV panels receive more sunlight. This type of layout also facilitates a better integration of the plant within the landscape.

A first ACT-E’s operation is already being financed and soon under construction: a 17MWc solar PV plant in Annet-sur-Marne, to the east of Paris.

Laurent Mogno, Chairman of ECT, says: “We are delighted with this partnership, which illustrates a circular economy principle that lies at the heart of ECT’s  approach. Indeed, ACT-E will produce photovoltaic electricity near where it is needed by residents. The electricity will be produced on sites located notably on land reclaimed following the construction of the Grand Paris Express rapid transit project, and we can look forward to contributing to the future energy needs of the Paris metro.”

Eric Scotto, Chairman and Co-founder of Akuo Energy, adds: “This partnership today has a new look, with this joint subsidiary of ECT and Akuo enabling the sites to have another lease of life. This renewable energy production project demonstrates the strength of our partnership, serving the Paris region and its economic momentum.”

Production: 18,500 MWh/year, the equivalent of the electricity consumption of around 3,700 homes, excluding heating