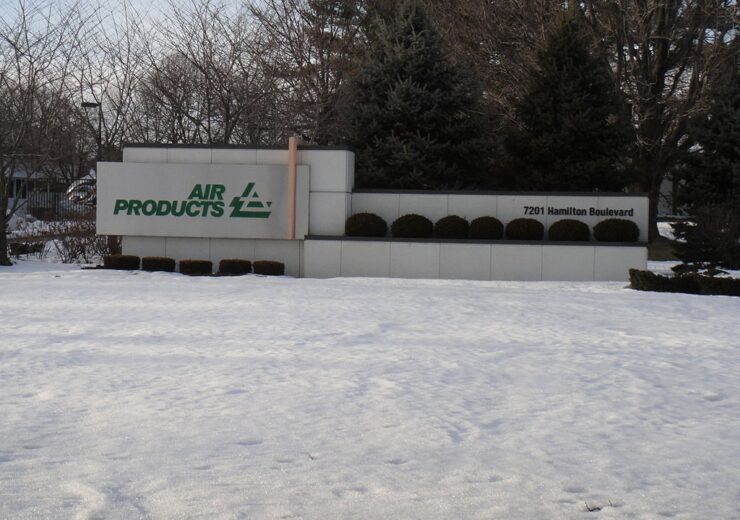 Air Products (NYSE:APD) and Gunvor Petroleum Rotterdam (GPR), a wholly-owned subsidiary of Gunvor Group (Gunvor), have signed a joint development agreement for an import terminal in Rotterdam. The agreement responds to the accelerating demand for green energy sources to meet climate objectives and the need to diversify energy sources. The import terminal is expected to provide green hydrogen to the Netherlands in 2026.

Green Hydrogen EconomyGreen hydrogen is key to the energy transition. It has significant potential to decarbonize hard-to-abate sectors, such as heavy-duty transport and industry. A substantial amount of renewable energy is needed to produce green hydrogen. It is unlikely that Europe will be able to produce these amounts locally, making large-scale, green hydrogen imports essential for reaching targets set under the European Union’s (EU) “Fit for 55” legislative package and REPowerEU. With this project, the Netherlands would make a leading contribution to EU energy transition goals.

Key Development MilestonesThe signing of the agreement is an important step towards an investment decision that will be taken as the companies gain confidence in the regulatory framework, permitting process, and funding support. Certification of the green hydrogen is needed to ensure that the imported green ammonia and resulting green hydrogen is recognized and counted towards the EU renewable energy targets. For funding support, this project seeks to be recognized as an ‘Important Project of Common European Interest’ (IPCEI). Air Products looks forward to continuing engagement with the relevant stakeholders to establish the broader support available to the project.

Gateway to Northwest EuropeThe Gunvor site in Europoort Rotterdam is one of several European locations envisaged by Air Products for the development of a green hydrogen import terminal. It offers strategic access for receiving green ammonia from large-scale green hydrogen production locations operated by Air Products and its partners from projects around the world. The green ammonia will be converted to hydrogen and distributed to markets within Europe, including the Netherlands, Germany, and Belgium. Air Products and Gunvor both have a proven track record for reliability and safety and are committed to delivering world-class performance in personal and process safety.

Benefits to the Dutch EconomyIndependent analysis from CE Delft has shown the project will ultimately deliver EUR 260-425 million of indirect economic benefits, culminating in thousands of new jobs over the coming years. The savings in carbon dioxide (CO₂) emissions to the transport sector, combined with the benefit of reduction in other harmful emissions, would create an overall environmental benefit valued at over EUR 100 million by 2030.

Ivo Bols, President Europe and Africa, said, “Air Products is pleased to take a next step towards a green hydrogen import terminal in Rotterdam, together with our partner Gunvor. Hydrogen import is essential to diversify our energy resources and meet climate objectives. Air Products, the largest hydrogen producer in the world, is committed to contribute to both ambitions by accelerating the development of the European green hydrogen economy via first-mover projects like these. We are looking forward to further cooperation with Gunvor to make Rotterdam ready for green hydrogen imports.”

“Gunvor is pleased to be partnering with Air Products through Nyera, our investment vehicle dedicated to supporting the Energy Transition, in order to leverage strategic locations such as our Rotterdam facility in a way that advances the development of sustainable and renewable energy initiatives,” said Shahb Richyal, Global Head of Portfolio at Gunvor.

Allard Castelein, CEO Port of Rotterdam: “We are very supportive of Air Products’ and Gunvor’s plans, which are a great example of using a brownfield location to set up a new import terminal for green ammonia in the port of Rotterdam. Both companies have been active in the energy sector for a long time and are responding to society’s demand to reduce greenhouse gas emissions as well as to increase Europe’s energy independence. Green ammonia is not only a hydrogen carrier and a feedstock for the chemical industry, but it’s also an important renewable fuel for the shipping sector. First-mover projects like this will make Rotterdam Europe’s foremost Hydrogen Hub.”