ADNOC given go ahead for $132bn upstream investment

Abu Dhabi National Oil Company (ADNOC) has secured regulatory approval for its 2019-2023 business plan and an investment of AED486bn ($132.33bn), aimed at ramping up its production capacity. 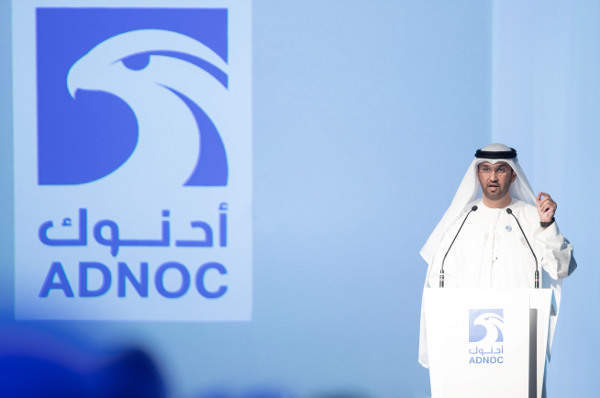 Under an approval from the Supreme Petroleum Council (SPC), ADNOC can move ahead with the implementation of its new integrated gas strategy and plans to boost its oil production capacity to 4 million barrels per day (mmbpd) by 2020-end and 5mmbpd by 2030.

The state-owned oil company of the UAE said that the regulatory approval of its gas strategy will help the country achieve gas self-sufficiency through the addition of potential resources, and eventually transforming itself into a net gas exporter.

ADNOC expects the gas strategy to maintain LNG production to 2040 and also enable the company to capture incremental LNG and gas-to-chemicals growth opportunities from the UAE’s dynamic demand/supply position and developing energy mix.

As part of the new gas strategy, the oil giant will develop the Hail, Ghasha and Dalma project to exploit Abu Dhabi’s Arab formation, which is estimated to contain multiple trillions of cubic feet of recoverable gas. The sour gas recovery project is projected to yield a production in excess of 1.5 billion cubic feet of gas per day.

ADNOC also has plans to exploit other sources of gas, which include the gas caps and unconventional gas reserves, along with new natural gas accumulations in Abu Dhabi.

ADNOC Group CEO Sultan Ahmed Al Jaber said: “The incremental increase in our oil production capacity will enable ADNOC to continue to be a reliable and trusted energy supplier that has the flexibility and capacity to respond and capitalize on the forecasted growth in demand for crude.”

“At the same time, the substantial investments we will make, in the development of new and undeveloped reservoirs, gas caps and unconventional resources, will ensure we can competitively meet the UAE’s growing demand for power generation and industrial use.”

In May 2018, ADNOC revealed its plans to invest AED165bn ($45bn) over the next five years to consolidate its downstream business, which includes a significant expansion of its refining and petrochemical operations at Ruwais in the UAE.