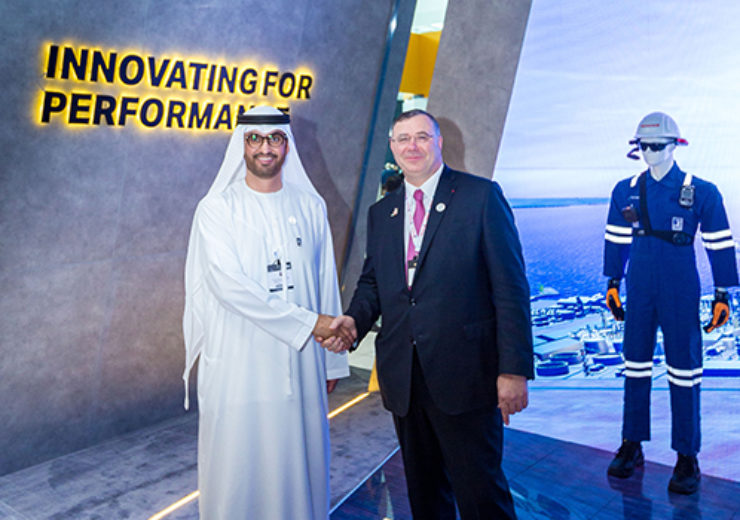 The Abu Dhabi National Oil Company (ADNOC) has entered into a partnership with France-based Total to use drone technology to deploy seismic sensors in the search for new oil and gas resources throughout the region.

ADNOC said thousands of sensors would be positioned by air using a fleet of drones, and the sensors would later be retrieved by unmanned ground vehicles.

It will be carried out by ADNOC Onshore to test the versatility and upscaling ability of the system in a 36km2 desert environment.

ADNOC chief technology officer Alan Nelson said: “METIS is a ground-breaking automated technology with the potential to conduct seismic surveys in harsh environments, such as the desert, which are tough on people and equipment.”

ADNOC will embark on onshore testing of the pilot project to test the versatility and upscaling ability of the system in a 36km2 desert environment.

In 2017, Total had conducted successful trials of METIS in Papua New Guinea.

Total Exploration & Production R&D vice-president Dominique Janodet said: “Total is focusing on innovation in seismic acquisition to minimize surface impact of petroleum activities and improve the quality of sub-surface images, while increasing our overall operational efficiency. We are proud to have this opportunity to collaborate once again with ADNOC to share advanced technological knowhow and expertise.

“In addition, METIS is a major technology to reduce the environmental footprint of our onshore exploration and appraisal campaigns, which is completely in line with our environmental commitments and our ambition to become the responsible energy major.”

In 2018, ADNOC had commissioned the world’s largest continuous 3D onshore and offshore seismic survey, covering a total area of up to 53,000km2.

The partnership between ADNOC and Total spans across the full value chain, from offshore and onshore exploration, development and production, to processing, products and shipping.

In March 2018, Total was awarded a 20% stake in the offshore Umm Shaif and Nasr concession.