The project is expected to sustain production capacity of 650,000bpd at the company’s large onshore asset 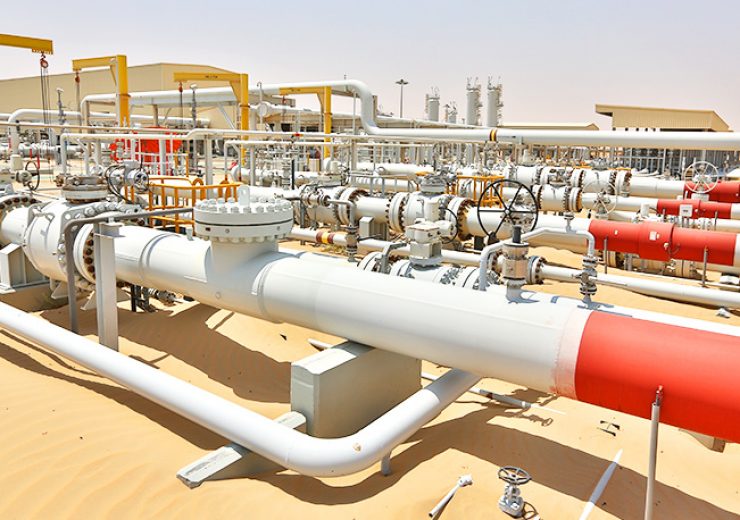 The Abu Dhabi National Oil Company (ADNOC) has announced an investment of up to $318m to connect newly drilled smart wells to the main production facilities at Bu Hasa.

The project is aimed at sustaining production capacity of 650,000 barrels per day (bpd) at the company’s large onshore asset.

ADNOC’s subsidiary ADNOC Onshore has awarded the three-year engineering, procurement and construction (EPC) contract, in two packages, for the connection of smart wells.

The EPC contract involves the installation of up to 260 conventional and non-conventional smart wells, to enable remote operations.

Valued at up to $158.6m, a package has been awarded to China Petroleum Pipeline Engineering, while Robt Stone (ME) has secured the second package, worth up to $159.1m.

With a duration of three years, the contracts includes an option for a two-year extensions.

ADNOC upstream executive director Yaser Saeed Almazrouei said: “This EPC award demonstrates how ADNOC is leveraging advanced technologies, such as smart wells with state-of-the-art remote capabilities, to drive higher performance from our assets and resources, and to generate additional value.

“The award underpins our strategic objectives to expand production capacity and create a more profitable upstream business with over half of the contract value flowing back into the UAE’s economy, supporting local businesses and stimulating economic growth.”

In 2018, ADNOC awarded a contract for the Bu Hasa Integrated Field Development Project (BUIFDP) to increase its production capacity and sustain long-term production.

The Bu Hasa asset is located 200km south of Abu Dhabi city, and is one of ADNOC’s oldest oil fields that has been producing since 1965.

In October last year, the company awarded three contracts worth AED1.19bn ($324m) to optimise its onshore field operations in Abu Dhabi, the UAE.

The contracts were awarded for the procurement and construction (PC) of flowlines and wellhead installations across several of its onshore oil fields in Abu Dhabi.