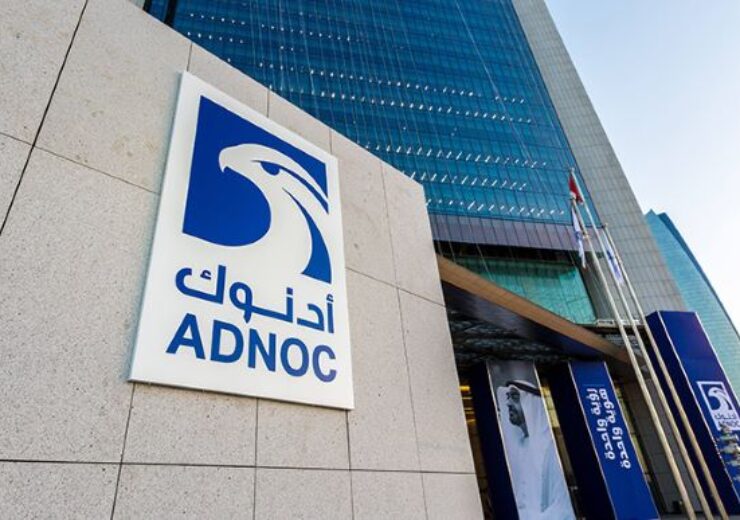 ADNOC has announced a capital expenditure of $127bn for a five-year period between 2022 and 2026. (Credit: The Abu Dhabi National Oil Company)

Under the five-year business plan, the state-owned oil company will use the capital to accelerate its upstream production capacity and downstream portfolio, in addition to achieving its low carbon fuels business and clean energy ambitions.

Through the In-Country Value (ICV) programme, the company intends to return more than AED160bn ($43.6bn) back into the UAE economy during the same period.

Since its launching in January 2018, the ICV programme helped to drive AED105bn ($28.6bn) back into the UAE economy, as well as enabled to create more than 3,000 jobs for UAE Nationals in the private sector.

The company reported that it has significantly increased its national reserves by four billion stock tank barrels (STB) of oil and 16 trillion standard cubic feet (Tscf) of natural gas.

The additional reserves are said to have increased the country’s reserves base to 111 billion STB of oil and 289Tscf of natural gas.

According to the company, the increase in reserves is driven its continuous appraisal activities and maturing development plans.

UAE industry and advanced technology minister and ADNOC managing director and Group CEO Dr Sultan Ahmed Al Jaber said: “ADNOC is very grateful for the support of His Highness Sheikh Mohamed bin Zayed, the Supreme Council for Economic and Financial Affairs and the ADNOC Board of Directors, as their guidance has been instrumental in enabling our robust operational and financial performance and landmark achievements this year.

“Our progress is as a result of the wise directives of the UAE’s leadership and the hardwork and dedication of all my colleagues at ADNOC.”

The company has also approved a New Energies Strategy, which is designed to minimise carbon footprint and capitilise on opportunities in renewable energy, hydrogen and other lower carbon fuels.