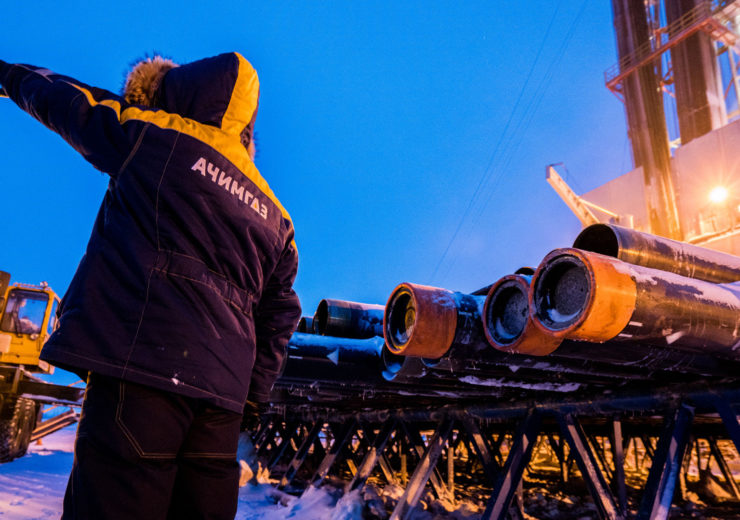 Image: The Urengoy field is one of the largest gas and condensate fields in Russia. Photo: courtesy of Wintershall Dea GmbH.

Russian joint venture, Achimgaz has commissioned the last of 108 production wells at the Urengoy field in Western Serbia.

The commissioning of the 108 well has increased the field’s production capacity, enabling an annual plateau production from the Achimov formation to ten billion cubic metres of natural gas.

As per the state-approved development plan, the Achimgaz has an estimated total production capacity of 230 billion cubic metres of natural gas and 70 million tonnes of condensate.

Since the start of commercial production in 2011, the project produced more than 43 billion cubic metres of natural gas and 19 million tonnes of condensate.

Wintershall Dea executive board member responsible for Russia Thilo Wieland said: “All project partners can be proud of the result.

“The goals also remain ambitious in the long term: Achimgaz is continuously working on technological and economic optimisations. After production plateau is reached, our target is to stabilise natural gas production at a peak level by enlarging the processing plant’s capacities.”

Wintershall said it plans to leverage the experience gained at Achimgaz will for the development of blocks 4A and 5A in the Achimov formation.

Achimgaz, as the general contractor, plans to take over the development phase on behalf of Wintershall Dea’s latest joint venture in Russia, named Achim Development. The first well in the development were drilled this year.

In June 2019, Austrian integrated oil and gas firm OMV has agreed on an amendment agreement with Gazprom to purchase a 24.98% interest in the Achimov 4A/5A phase development at the Urengoy gas and condensate field for €905m ($1bn).

The Achimov 4A/5A phase development of the Urengoyskoye field will involve bringing the Blocks 4A and 5A of the hard-to-reach Achimov deposits into production.