The facility will have the capacity to produce nearly 210,000m³ of potable water per day, which will serve approximately 350,000 people 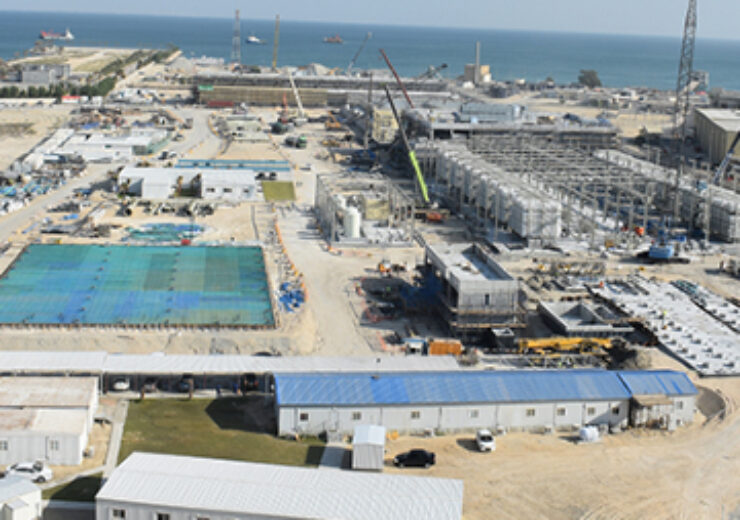 Spanish company Acciona has announced that the Al-Khobar 1 desalination plant in Saudi Arabia has produced its first cubic meter of water.

Located on the coast of Dhahran, about 400km from Riyadh in Saudi Arabia, the plant is owned by the Saline Water Conversion Corporation (SWCC).

Featuring Sea Water Reverse Osmosis (SWRO) technology, the plant is said to be a critical project in the modernisation of the water sector being carried out by SWCC.

ACCIONA was awarded the engineering, procurement, and construction (EPC) contract for the Al Khobar 1, which is estimated to be finished before the end of the year.

Upon operational, the plant will have the capacity to produce nearly 210,000m³ of potable water per day, which will serve approximately 350,000 people along with the petroleum and natural gas company, Aramco.

ACCIONA project director Ignacio Lobo Gutiérrez said: “This milestone is the result of good teamwork between the client, our engineers and the construction teams.

“Now that we are entering the final stage of construction, we will undertake a number of trials and tests to make sure everything works perfectly.”

The Al-Khobar 1 desalination plant, which uses reverse osmosis process, is expected to be one of the largest in Saudi Arabia.

The company said that the country has initiated measures to rationalise water consumption as part of its Vision 2030 programme.

It aims to achieve about 24% reduction in consumption by 2021 and around 43% by the end of this decade.

In April this year, ACCIONA and its partner RTCC secured a $500m contract from SWCC to construct the Al Khobar 2 desalination plant at Khobar.