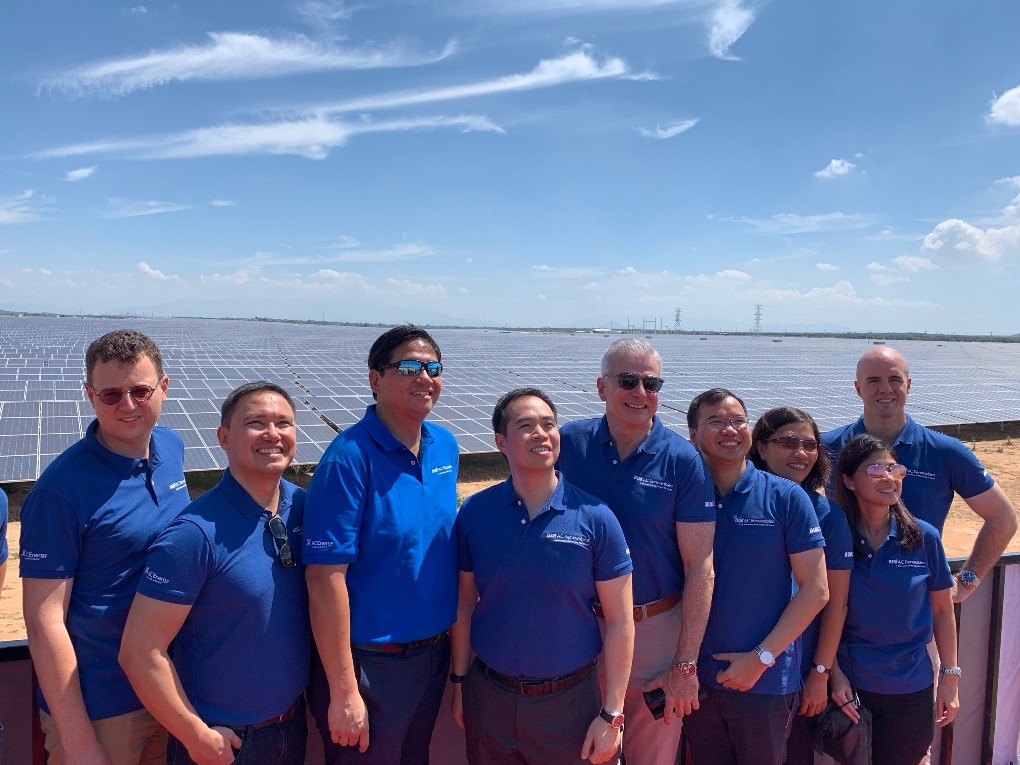 Image: Officials of AC Energy and BIM at the inauguration of the solar plant. Photo: Courtesy of AC Energy, Inc.

The solar farm of AC Energy and BIM is located on over 300 hectares of land and is considered to be one of the largest solar farms in Southeast Asia. The solar plant is expected to generate up to 545 million kWh of clean electricity annually, while generating income and jobs in the province of Ninh Thuan.

The solar farm, consisting of three facilities with installed capacities of 30 MW, 250 MW, and 50 MW, respectively, is the first project under BIM\AC Renewables, the renewable energy development platform of AC Energy and the BIM Group.

Construction work on the $294m solar project began last January and it took 14 months to complete it. During the construction phase, about 2,000 workers were employed for the project. Rizal Commercial Banking (RCBC) acted as the sole lender for the project and provided $232m as non-recourse project financing.

Commissioning of the solar plant is expected to add significantly to Vietnam’s target of generating 5GW in renewable energy by 2025, with renewables contributing to at least half of its total energy output.

AC Energy and TBC plan to jointly develop, build, own and operate the pipeline of renewable energy projects of up to 1.5GW across Southeast Asia, including 700MW in Vietnam. The joint venture was expected to begin construction of around 200MW of wind farms in Vietnam in 2019.

AC Energy CEO Eric Francia said: “We are excited to partner with The Blue Circle as we expand rapidly across the region. Our strategic partnership builds on our combined expertise, strong financing capabilities, and robust development pipeline.”