This project forms part of the China's renewable energy program which aims to achieve a solar thermal installed base of at least 27GW by 2030. 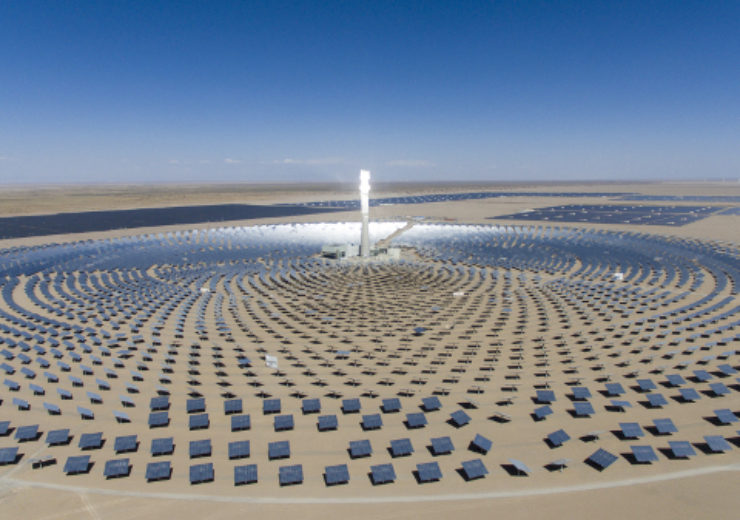 Abengoa (MCE: ABG/P:SM), the international company that applies innovative technology solutions for sustainability in the infrastructures, energy and water sectors, has successfully carried out the synchronization of the turbine of the Luneng Haixi tower solar thermal plant that is being built in China and in which Abengoa has participated as a technology provider.

The synchronization of the turbine implies the correct operation of all the mechanical and electrical infrastructure to generate electricity (at low power) and makes way to the process of operation of the plant.

Abengoa has carried out, for the engineering and construcion company SEPCOIII, the supply of technology and the engineering development for the Luneng Haixi State 50 MW, located in the Qinghai province, as well as providing technical support during the construction of the solar field.

The works started at the beginning of 2018 and, since then, the project team has been responsible for the development of solar field engineering and technical support and inspections of strategic equipment for the implementation and commissioning, which continues in process. All this has been carried out in extreme weather conditions, having reached -30ºC.

This project is part of the renewable energy program launched by the Chinese Government which aims to achieve a solar thermal installed base of at least 27 GW by 2030. Developer Luneng Group is a subsidiary wholly owned by State Grid Corporation of China focusing on real estate and energy sector since 2002.

In the country, Abengoa is also responsible for providing the technology and engineering for the Royal Tech Yumen 50 MW parabolic trough solar thermal plant project that is being built in Gansu province.

This project is being developed for SRT (Shuangliang Royal Tech CSP Technology Co., Ltd), a company dedicated to investigating and promoting solar thermal concentration technologies, and is part of the thermo solar Demonstration Program launched by the Chinese Government, which is being deployed with the development of a first batch of 20 projects totaling 1.35 GW.

Bruc Energy to acquire 2GW of solar projects from Forestalia

EDF Renewables places 309MW of solar projects into service in US