The science, technology, engineering and mathematics sector has traditionally been male-dominated - but the number of women working in the sector has steadily increased in recent years 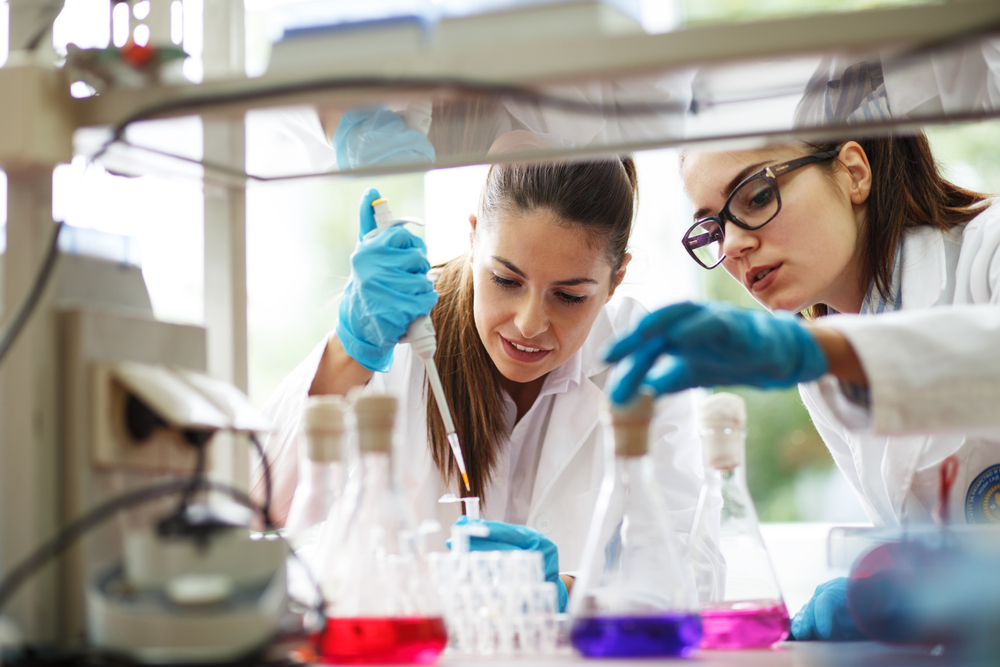 The next generation of STEM starts at education (Credit: Shutterstock/BalanceFormCreative)

Rachel Gray from the University of Newcastle takes a look at how STEM stereotypes need to change to encourage more women into the sector.

With the growth in the engineering sector in the past few years, the requirement of additional workers has led to an increasingly diverse workforce especially with the inclusion of women.

The science, technology, engineering and mathematics (STEM) sector has traditionally been male-dominated. There have been women pioneers such as Ada Lovelace, but they are not as widely discussed as Elon Musk or Tim Berners-Lee.

Since 2016, the number of women working in STEM jobs has steadily increased and more than a million women are said to be working in the UK STEM sector.

The sector is evolving from a male-centric one as women infiltrate the industry. But there are still many obstacles women face within the industry such as sexism and concern over career progression opportunities.

There are relatively few female STEM role models. Findings show that women are more likely to get into a career in tech if they have had an inspirational figure to follow in the footsteps of.

Research also found that women working in STEM are more likely to recognise female icons rather than their male counterparts; they can name women such as DNA pioneer Rosalind Franklin and fossil hunter Mary Anning.

But when the same respondents were asked if they could identify any women that they would recommend to inspire the next generation, only one in 10 could name one. This highlights the lack of female icons within the industry right now and the need for more women in STEM.

Next generation of STEM sector starts at education

The next generation of STEM starts at education, but this also seems to be where it hits a roadblock. 50% of girls take GCSE physics, yet only 22% of A level physics entrants are female.

This may be because girls don’t know where their physics qualifications could get them. It could also be because they know the obstacles they will face.

A separate study from Microsoft found that 70% of girls surveyed said they would consider a job in engineering if they knew men and women were equally employed.

The interest is there, but it just seems that as these girls get older, they find out about the hurdles they face which may put them off a career in engineering.

Co-founder Anne-Marie Imafidon brought the idea to life after listening to a speech at a Celebration of Women in Computing forum, which made her reflect on her own experiences of being one of only three girls in a class of 70 studying maths and computer science at university.

Imafidon is a role model herself. She was a child prodigy and was one of the youngest people in the UK to pass two GCSEs in two different subjects in primary school. She graduated at 20 and went on to work in major international companies like Deutsche Bank and Goldman Sachs.

She is now a keynote speaker and host of Women Tech Charge podcast. Furthermore, her work helping young women was recognised in 2017 when she was awarded an MBE for services to young women within the STEM careers.

It’s important to have women building technology because it’s something we use every day – it’s all around us. Women need to be involved in all areas of STEM.

Not just because they deserve to be there but because all genders should be represented in each STEM industry, allowing new and fresh ideas to be brought into the sector that will be relevant to many people in the world, not just the male population.

In 2019, 35% of students were female in the core STEM subjects. Newcastle College is an establishment trying to boost the number of women in STEM.

They have seen a 60% rise in the number of females signing up to engineering courses, with new foundation degree courses in offshore renewables and subsea engineering expanding the portfolio of opportunities.

Teaching girls what is involved in STEM careers will surely help more women understand if that is the right career for them.

Civil engineer Jessica Green was put off a career in engineering because she thought it would mean spending her life “dressed in overalls working in tunnels” but actually it’s just because engineering does not get the alluring descriptions and title that industries such as architecture receive.

Showing girls that there are women that have overcome obstacles in the industry and that have done well will inspire the next generation.

Creating role models for the next generation is important but we also need to show the world that women do belong in STEM roles, and those roles are not just for men.