Top five US states for coal production ranked and profiled

US coal is mined in 25 states, of which five represent more than 70% of the country’s total production 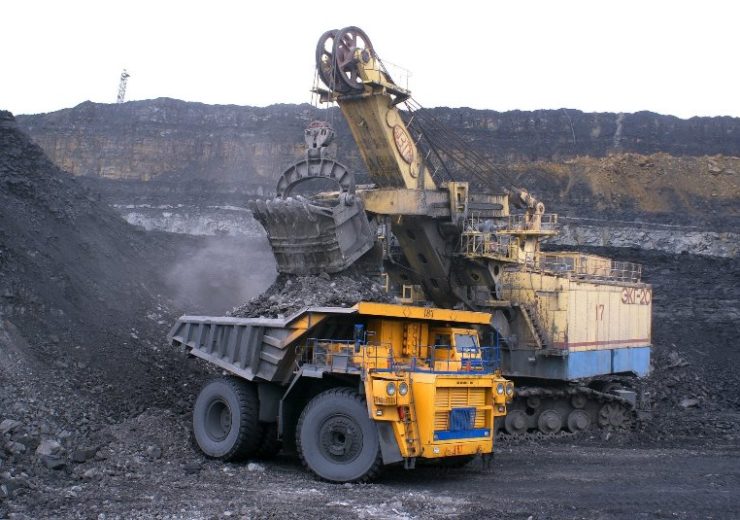 The US accounts for 13% of the world's coal production (Credit: Pixabay)

The US accounts for 13% of the world’s coal production, with the country’s mines remaining profitable and productive despite increased use of natural gas and renewable energy.

The three regions producing the largest amount of coal in the US are the Powder River Basin of Wyoming and Montana, the Appalachian Basin and the Illinois Basin. More than 40% of coal mining and production in the country is carried out on public lands.

NS Energy profiles the top five coal-producing states in the US.

Wyoming, a state in the mountain region of the Western US, has been the nation’s leading coal producer since 1986. The state provides around 40% of the country’s coal through the top 10 producing mines situated in the Powder River Basin.

The Wyoming Mining Association estimates the state has coal reserves of more than 1.4 trillion tonnes, of which more than 165 billion is recoverable.

The state was responsible for 40.2% of all US coal production in 2018, and its North Antelope Rochelle mine, situated in Campbell County, is the largest coal operation in the world. The Peabody-owned mine has some 1.7 billion tonnes of provable and probable reserves.

West Virginia was the second-largest producer of coal in the US in 2018, accounting for 12.6% of production.

The Hobet mine has historically been one of the state’s most productive, and one of the largest mountaintop-removal coal mining operations in West Virginia.

The mine started coal production in 1974 and reached to a peak annual production of 5 million tonnes in 2002.

However, Hobet miners were involved in the United Mine Workers’ selective strike in 1993, which saw the workforce nearly halved. The mine’s owners, Patriot Coal, went bankrupt in 2015, raising concerns over the future of one of the state’s largest mines.

The eastern state of Pennsylvania accounted for 6.6% of US coal production in 2018. It is the only state that produces bituminous coal and anthracite coal. Bituminous coal, which is used to generate electricity and to produce coke for steelmaking, was first mined in Pennsylvania at Coal Hill (Mount Washington), just across the Monongahela River from the city of Pittsburgh.

Coal remains a significant source of energy in Pennsylvania despite a downward trend due to competition from natural gas. However, the number of coal mines and coal production in Pennsylvania has declined in recent years due to the closure of several coal-fired power plants and less electricity generation from burning coal.

Illinois, the fourth-largest coal-producing state in the US,  accounted for 6.6% of US coal production in 2018. The state has estimated coal reserves of 200 billion tonnes, of which about 38 billion tonnes can be mined economically

Coal was initially mined in the 400-mile-long Illinois coal basin, which covers parts of Illinois, Indiana and western Kentucky, by settlers in the 1800s. However, a majority of the state’s coal generally has higher sulphur content compared with coal from western states — meaning it emits greater amounts of sulphur dioxide when burned.

Due to the challenging market conditions, major miners in Illinois are diversifying from coal, resulting in mine closures.

The state of Kentucky accounted for 5.2% of US coal production in 2018. According to the Kentucky Department of Mines and Minerals, more than 8.36 billion tonnes of coal has been produced from the two Kentucky coalfields over the past two centuries.

However, the employment figures in the state’s coal industry reached their lowest levels since 1898, resulting in uncertainty over the future of coal mining in Kentucky.