The last ten years have seen a huge rise in arrays of small gas engines in GB. They have hollowed out plans for new large turbines – but now their own market could in turn be hollowed out by batteries, writes Janet Wood 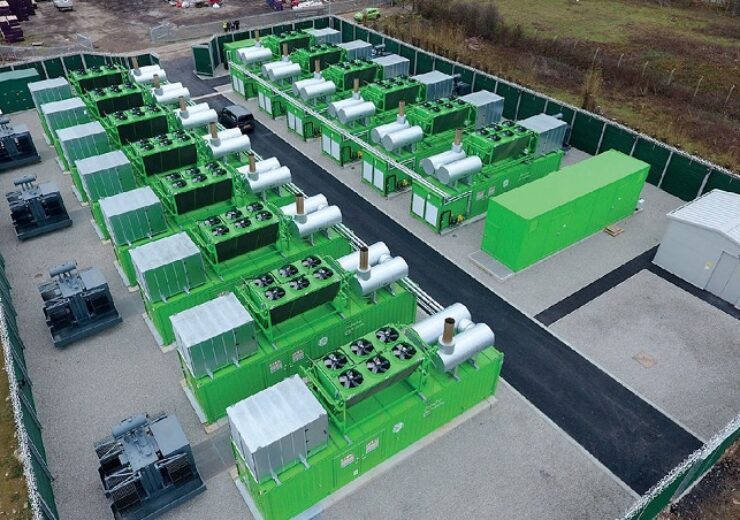 When the UK held its annual capacity market (CM) auction in January 2022, for delivery in four years’ time (UK winter 2025/26), over 27 GW (27 632.389 MW) of gas-fired generation won contracts. That might be thought to represent perhaps ten large gas turbines, but in fact 221 units will provide that capacity and only two of them are large gas turbines in the hundreds of megawatt range.

The overwhelming majority are not turbines, but small fleets of reciprocating engines that each brings just a few megawatts onto the grid. Over 200 of the gas contracts that were awarded in the auction – including 15-year contracts for new-build, three-year contracts for units undergoing major refurbishment or one-year contracts for operating plants – were for these engine arrays providing as little as 1 MW.

When it started a decade ago the capacity market was intended to bring forward large gas turbines, but the advent of small engine fleets has been a feature of the market since the first year, when 1.5 GW of such capacity won contracts. It was a development that took policymakers and the industry by surprise.

The market was designed in such a way that existing engines on industrial sites used for backup and peak lopping would become visible, with plants as small as 1 MW soon able to participate directly, signing contracts that gave them ‘availability’ payments over the winter months, in exchange for a guarantee to switch on in the event of a capacity crunch. From the first year specialist developers on cheap, small sites took advantage of the same opportunity.

Investor interest was redoubled because of developments elsewhere in the market. At the same time the CM was being set up, rules changed in the GB balancing market that meant the cost of balancing actions fell more sharply on the participants that were ‘out of balance’ in each half hour – and enabled the most flexible participants, who could increase generation fastest, an opportunity to make big returns from the short term price spikes.  The combination of a capacity market contract to support fixed costs, low-risk entry to the market and short but lucrative operating periods proved attractive for a wide variety of investors, many of whom were new to the electricity sector.

In the first auctions, the UK capacity market was criticised because contracts went to so-called ‘dirty diesel’ plants – both new and industrial backups. But rule changes that tightened emissions regulations meant it took just a few years for investor interest to move to gas reciprocating engines. That is now the standard technology for such installations: over 400 such projects entered the prequalification process, over 300 entered the auction and 82 won contracts in the 2017 capacity market auction, for the upcoming ‘delivery winter’ (2022/23).

Why are these engines so popular? The fact that some are sized at 49.9 MW gives one clue: the GB’s electrical plant permitting system is much simpler and much faster for small energy projects, sized below 50 MW. But planning permission is also easier to come by because large dedicated sites are not needed (the recips are sometimes referred to as ‘car park plants’). The installations connect to the local gas and electricity distribution networks; although some require new connections, developers look for sites already served by gas and electricity links – especially ex-industrial or commercial sites (dubbed ‘brown field’) where local people are also accustomed to having industry as a neighbour. Some of these sites now house two or three recip installations, perhaps owned by separate companies.

With a site, connection and planning in place, a developer can delay making an investment in construction until it has a capacity market contract at a price that allows it to secure financing. Once in construction, the gas engines are delivered as low-cost pre-fabricated modular units.

Some gas engine fleets belong to familiar incumbent power companies, such as RWE or Centrica.

In 2018 Centrica installed two 49.9 MW gas engine groups at Brigg and Peterborough. A comparison between Brigg and its site companion at that time illustrate how Centrica’s strategy had changed. The original Brigg plant, which started up in 1993, was a 240 MW CCGT designed to run at baseload. By 2018 the steam part of the cycle had been decommissioned. The steam turbine was removed in 2016 and the remaining plant was operating as an OCGT rated at just 99 MW. At the time of the recip installation the OCGT was working for just 3% of the time in winter and as low as 1% of potential hours in summer. The ageing plant at that time had 10-15 years of technical life remaining.

That 99 MW turbine typically took 20 minutes to bring to full load when warm – compared with two minutes for its new piston-based companions (when pre-warmed to 60°C). The reciprocating engines have a ramp rate of 15 MW/minute – twice that of the OCGT – and their efficiency is around 45%, compared to around 25% for their neighbour.

But alongside the familiar names the low cost of entry into the market for recip owners has also brought new types of owners and operators into the market.

Some companies have made a specialism of this new ‘peak power’ sector. Kiwi Power, for example, won CM contracts this year for five recip sites, while Sembcorp won a dozen contracts and Alkane had 19. It also still includes industries which have onsite power.

These new investors typically pass on construction, management and even trading the power from their gas engines to third-party specialists, so they also have a low barrier to entry in terms of people, experience and even trading credit lines.

Hollowing out the CCGT

The easy entry route for gas recips is in stark contrast with the multi-year multi-million-pound investment required for a gas turbine-based power plant, which represents a very high barrier to entry – and typically carries high historical fixed costs within a traditional utility.

For several years the UK capacity market was in a cycle very unfavourable to gas turbines. A lot of potential projects were bidding to supply a relatively limited procurement target, so gas turbines exited the bidding relatively early, as the price dropped below the levels that would make projects financeable. With their low cost of entry and lower risk, gas engines could remain in the bidding as the price ticked down. And with gigawatts of gas engines accepting low-priced CM contracts that enabled them to build out, they acted to keep any capacity shortfall – and therefore prices in the next auction – at a minimum.

It is only this year, as nuclear plant closures remove large tranches of capacity from the market, that prices achieved in the auction have become favourable to gas turbines.

The brief flowering of gas peakers may be short-lived. The most recent capacity market auctions have seen money move into batteries, which have some of the same attractive characteristics as gas engines for meeting peaking power needs. But they can also participate in other markets, such as providing very short-term (within a few seconds) frequency response, a role that cannot be filled by gas engines. Over 3 GW of batteries won contracts in the T-4 auction this year and new companies are still entering the market.

Batteries may be co-sited with existing or new PV arrays, enabling another potential revenue stream by helping the PV developer offer ‘firm’ power contracts. They are also even easier to site than gas recips, because they only require an electricity connection and not gas.

One of the most recent new entrants is Pulse Clean Energy, which is aiming to develop 1 GW of storage capacity in the UK by 2025. Last year it acquired Green Frog Power – which had previously counted peaking engines among its specialities –  but it did not take on its gas engines. It did take on nine diesel sites in the acquisition – but that is because they were prime sites for removing the diesel engines and installing batteries.

Pulse Clean Power chief executive Matthew Mendes says, “We as a company won’t be investing in new-build gas engines”, citing risk factors around what will happen to the price of carbon and how they will be affected by other regulations. He adds, “We will try to figure out what’s next from a technology perspective, rather than looking back.”