Hitachi Energy sees elimination of sulphur hexafluoride from its HV equipment portfolio, and extending its EconiQ portfolio to ever higher voltages and more demanding applications, eg metal enclosed switchgear, as key to its sustainability strategy 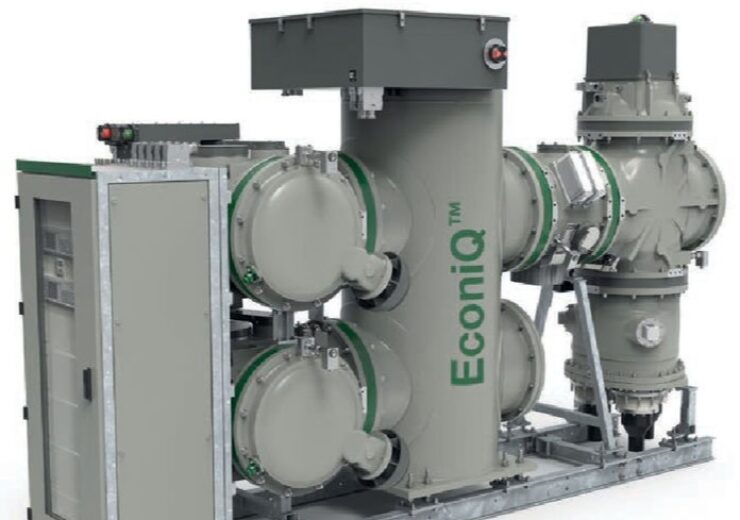 Notably, the company has signed what it calls a “frame agreement” with Norway’s major distribution grid company, BKK Nett, to install EconiQ 145 kV live tank breakers (LTA) in more than ten substations in the western region. For Hitachi Energy, “this is the very first frame agreement globally for its EconiQ eco-efficient breaker technology.”

Norway plans to cut at least 50% of its greenhouse gases by 2030 with the target of achieving carbon neutrality by 2050.

The first project in the Hitachi Energy frame agreement is the Askøy substation, located on an island west of the city of Bergen. BKK Nett is rebuilding the substation to meet the growing electricity demand from businesses and households.

“With such an eco-efficient technology, we are able to build future-proof substations with lower environmental impact”, said Atle Isaksen, head of grid development at BKK Nett.

The new EconiQ LTA 145 kV breaker uses a mixture of carbon dioxide and oxygen as the insulation gas instead of sulphur hexafluoride, a greenhouse gas that has been the norm for decades due to its superior insulation and switching properties. The EconiQ high voltage portfolio essentially eliminates the CO2-equivalent emissions associated with the insulation gas and has been proven to significantly reduce the carbon footprint throughout the total lifecycle, says Hitachi Energy.

Like Norway, Scotland has ambitious goals to decarbonise its energy system and aims to reduce greenhouse gas emissions to net zero by 2045. On its path to carbon neutrality, SP

Energy Networks is upgrading an ageing energy infrastructure and introducing advanced technologies to better manage energy flow in the grid.

One such project is the Windyhill 275 kV substation located northwest of Glasgow. Built in the 1960s, the air-insulated substation plays a significant role in the SP Energy Networks transmission network – and is indeed part of the critical infrastructure node for emergency network recovery.

It is now being modernised as part of the SP Energy Networks “RIIO-T2” business plan (RIIO-T2 being the network price control scheme established by the UK regulator setting out what the UK gas and electricity transmission network companies are expected to deliver for energy consumers over the period 2021-2026).

Hitachi Energy will deliver 1500 meters of EconiQTM GIL, which contains no sulphur hexafluoride, instead making use of an alternative insulation gas mixture.

The Windyhill substation refurbishment is expected to be completed in 2025.

In addition to the EconiQ GIL, Hitachi Energy will also deliver 15 bays of its 300 kV gas-insulated switchgear (GIS), a technology “pioneered by Hitachi Energy which can be installed in confined spaces and can operate in extreme environmental conditions.”

In a further development of the EconiQ offering Hitachi Energy has announced the introduction of EconiQ™ transformers.

These are said to “have co-creation at their heart.” The transformers “will be tailored based on specific customer sustainability requirements and using proven scientific methodologies, such as environmental life cycle analysis.”

For example, a 115/21 kV, 40 MVA EconiQ transformer is estimated to reduce carbon dioxide emissions by about 23% over its life cycle, while reducing eutrophication and water toxicity impacts by about 15%. It would also eliminate the related environmental impacts in the rare event of mineral oil leakages. The EconiQ transformer life cycle analysis assumes the electricity mix of the European Union and is based on a 35-year operational life and 75% transformer loading.

The EconiQ transformers have been developed using eco-design principles in order to maximize sustainability over the life cycle. Within the designs, key aspects are further optimized such as enhanced energy efficiency and the responsible use of materials through processes such as recycling and waste disposal. The use of biodegradable insulation fluids with higher flash and fire points helps to safeguard surrounding ecosystems from the risk of pollution and increase safety. In the first phase, EconiQ transformers will be available for liquid-filled applications.

Earlier this year, as part of the Cigre 2021 virtual conference in August, and four months on from the launch of Econiq, Hitachi Energy announced the “acceleration of its development of eco-efficient solutions”, launching what it called its EconiQ roadmap, with the aim of enabling “the industry as a whole to reduce carbon footprint and rapidly transition to eco-efficient solutions.”

A key milestone to look out for will be EconiQ gas-insulated switchgear at 420 kV, expected for release at the end of 2022, “demonstrating the scalability and robustness” of Hitachi Energy’s technology, the company says. “It will be the world’s first commercial alternative to SF6 for gas-insulated switchgear that includes a circuit-breaker for power transmission networks”, thereby significantly lowering the environmental impact.

“The EconiQ high-voltage roadmap is one key pillar of our Sustainability 2030 strategic plan”, said Markus Heimbach. “The upcoming launch of the EconiQ GIS 420 kV will be the breakthrough in the industry for SF6-free solutions for higher voltage levels.”

For all its metal-enclosed switchgear (GIS, dead tank circuit breaker (DTB) and hybrid switchgear), Hitachi Energy is employing a mixture of synthetic fluoronitrile gas (C4-FN, a fluoronitrile with four carbon atoms (C3F7CN) developed by 3M under the commercial name Novec™ 4710) with carbon dioxide and oxygen as the eco-efficient gas that will replace SF6 for insulation and switching.

In a recent white paper issued by Hitachi Energy, it is concluded that metal-enclosed switchgear based on this C4-FN/CO2/O2 gas mixture delivers the best life cycle analysis results, while achieving reliability and compactness of SF6 based switchgear.

In April 2021, Hitachi Energy (then called Hitachi ABB Power Grids) and GE announced a “landmark” cross-licensing agreement relating to the use of fluoronitrile based gas mixtures as an alternative to SF6 in high voltage equipment.

Up to then, Hitachi ABB Power Grids had favoured gas mixtures employing fluoroketones (typically in combination with O2 and CO2) as an alternative to SF6 (see Modern Power Systems, May 2021, page 20).