Woodside Energy, the project’s owner, is yet to release its carbon price sensitivity modelling for the development in the North West Shelf offshore in Western Australia 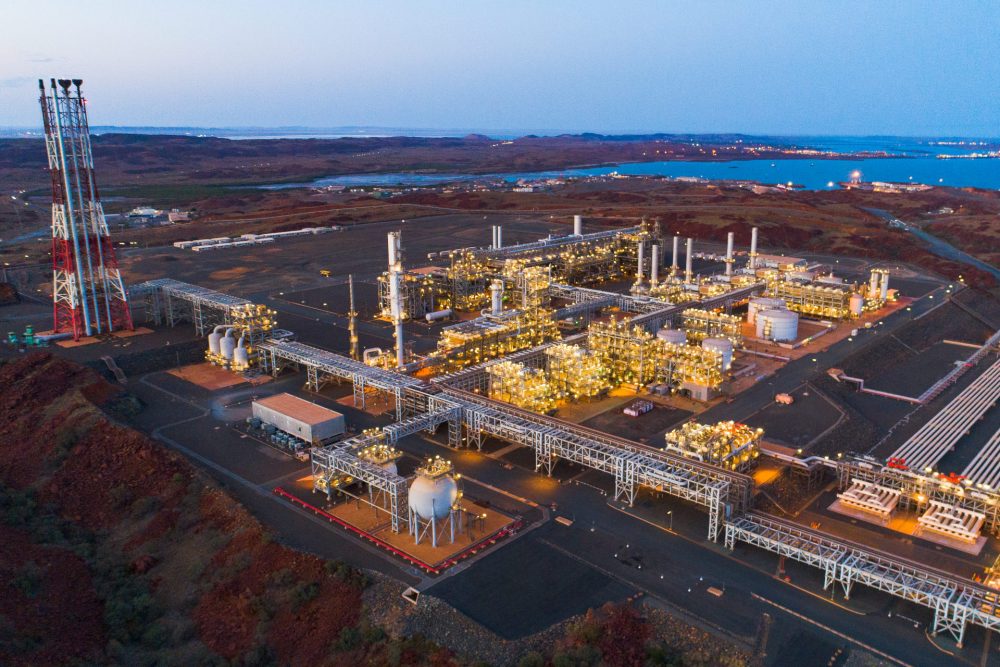 The Pluto expansion project, which is utilising gas piped from Scarborough, will produce very expensive LNG at more than $9 per one thousand British thermal units delivered to Asia (Credit: Woodside Energy)

Investors are “in the dark” over the financial implications of emissions from the proposed Scarborough gas field project, says a report.

The analysis by the Institute for Energy Economics and Financial Analysis (IEEFA) claims the project’s owner Woodside Energy, the largest Australian natural gas producer, is yet to release its carbon price sensitivity modelling for the development in the North West Shelf offshore in Western Australia.

The report also warns that Woodside’s project is being developed at a high cost – reported to be about $12bn – in a world where low-cost expansion projects in Qatar are bringing on gas at under half Scarborough’s costs.

Bruce Robertson, IEEFA gas/LNG analyst and report author, has called upon the Australian Stock Exchange (ASX) to enforce its continuous disclosure provisions and make gas companies such as Woodside release their modelling on carbon price sensitivity.

“Carbon pricing is inevitable in Australia,” he adds. “Carbon tariffs are being introduced by the European Union in 2023 and the US is looking at similar mechanisms.”

He believes this, alongside the fact all of the nation’s major export LNG customers have set net-zero climate commitments, will force the Australian government into implementing some form of carbon pricing, as the nation relies heavily on trade and can’t afford more barriers to built up around trading.

The EU is planning a carbon border tax which would require global exporters to the EU – the world’s biggest trading bloc – to pay the tax or introduce their own carbon fees at home.

By revealing the cost of emissions, a carbon price favours investment in low-carbon technologies.

“Woodside knows this and would have modelled Scarborough under different carbon price assumptions,” says Robertson.

“Until that modelling is released, investors cannot fully appraise the financial implications of pushing ahead with the proposed high-cost Scarborough gas field.”

Scarborough gas project being developed at a high cost

But, even without that modelling, Robertson says Woodside’s Scarborough gas project is already being developed at a high cost.

This is in contrast to the low-cost expansion projects in Qatar – such as North Field East, the world’s largest-ever LNG project – with the country bringing on gas at under half Scarborough’s costs.

There have also been no plans put forward for Scarborough to implement carbon capture and storage (CCS). The technology – which involves removing CO2 from the atmosphere, transporting it to a storage site and depositing it often underground – has attracted growing interest recently.

Instead of CCS, Woodside is acquiring carbon offset projects. But the IEEFA notes that these only offset a small proportion of production.

In a brochure11 on Scarborough’s role in managing greenhouse gas emissions, the company claims they will acquire carbon offsets at scale. But, to date, these projects have only delivered 840,000 tonnes of CO2 offsets for the entire company.

Scarborough alone will produce 3.31 million tonnes of CO2 equivalent per annum. The report notes that relying on carbon offsets alone to meet emissions reduction goals is a “highly risky and unproven strategy” given the cost and availability of offsets at large volumes is “by no means certain”.

According to energy researcher Wood Mackenzie, the Pluto expansion project, which is utilising gas piped from Scarborough, will produce very expensive LNG at more than $9 per one thousand British thermal units (MMBtu) delivered to Asia.

Robertson says that with Qatar Petroleum planning to significantly reduce greenhouse gas emissions from its LNG plants and upstream operations by 2025 and 2030, it is even more imperative the modelling that materially affects the financial future of Woodside is released.

“Qatar is a very low-cost producer and can comfortably afford to employ greenhouse gas emission reductions while cutting the price of LNG,” he adds.

“Meanwhile, the financial implications of Woodside’s emissions are unknown. This increasing competition from Qatar puts even greater pressure on the economics of the Scarborough gas field and Pluto LNG expansion.

“Woodside is keeping its investors in the dark regarding the financial effects of its greenhouse emissions. It should be compelled to publish its financial modelling.”