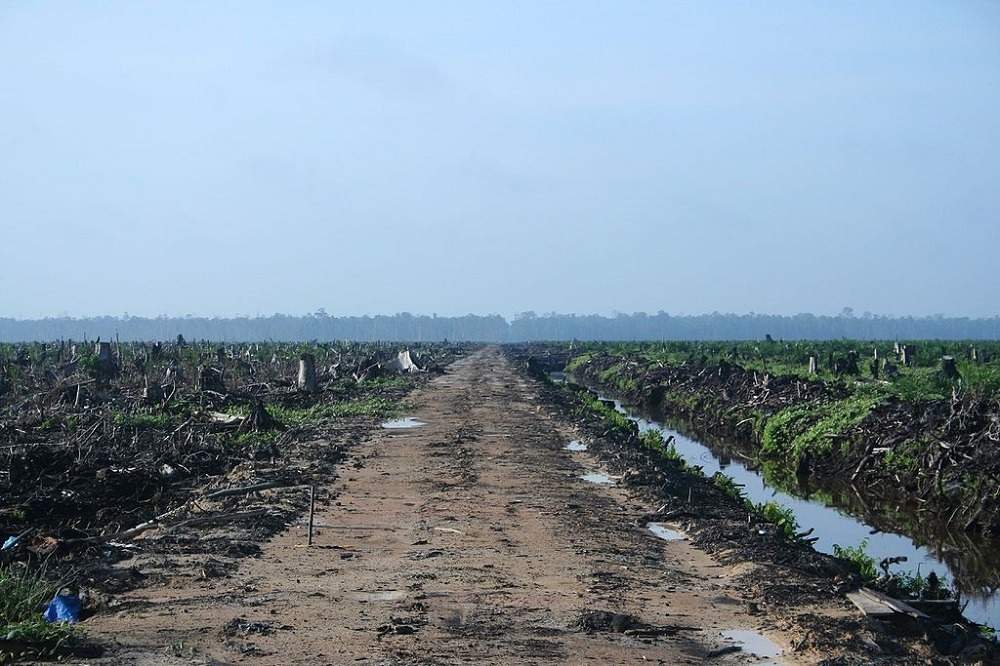 Biofuel is often put forward as a greener alternative to jet fuel in aviation – but one of its key producers has been criticised for relying on a bi-product of palm oil, a major contributor to deforestation.

Finnish refining company Neste has set its ambitions on becoming the world’s largest aviation biofuel producer in 2019 – a move which has prompted a reaction from Biofuelwatch, which campaigns on the environmental and public health impacts of bioenergy.

In its most recent report, Biofuelwatch claims that despite Neste priding itself on sustainability, indirect impacts – which the campaigner says cause palm oil biofuels to have an estimated greenhouse gas footprint three-times as bad as the fossil fuels it replaces – “are ignored by Neste”.

The report also states: “All of the palm mills from which Neste is sourcing are located in Sumatra, Borneo and the smaller Indonesian island of Belitung, in provinces which have seen – and continue to see – rampant deforestation linked to palm oil.”

Neste currently claims to be the second most sustainable company in the world while Paul Paoletta, head of Neste Aviation Solutions, recently reaffirmed the company’s intentions to “produce more renewable jet fuel than all other providers combined”.

However, it failed to mention the importance of palm oil in its biofuel product.

What Neste says about use of palm oil in biofuel

Neste has rejected the claims it uses crude palm oil in its biofuel mix for jet fuel production.

A spokesperson said: “Neste produced several tonnes of renewable jet fuel in 2018, and we are planning to increase production over the next few years to meet global market demand.

“In addition to our focus on waste and residue oils and fats, sustainably produced 100% certified, and fully traceable palm oil accounts for approximately 20% of our renewable raw material usage.

“However, as stated previously, we are not using palm oil in the renewable jet fuel production.”

On Neste’s website, it says it used 663,000 tonnes of palm oil in 2017 but classifies palm fatty acid distilate (PFAD) – a bi-product from the refinement of palm oil – as “wastes and residues”.

It has not disclosed how much of its jet fuel uses PFAD.

Because the use of PFAD drives up demand for the environmentally destructive crude palm oil, the UK government does not allow PFAD to be classified as “residue” for biofuel purposes.

Neste’s plans to ramp up production in 2019 has raised concerns with Transport and Energy, a federation of NGOs campaigning for cleaner transport in Europe.

Andrew Murphy, aviation manager for Transport and Environment, told Compelo: “Neste has some major plans to ramp up the use of palm oil in its biofuels and claim in some of its literature and communications that it’s going to be from sustainable sources.

“But there is no way to ramp up palm oil consumption in this sort of manner in a way that’s sustainable.”

As Europe works to phase out palm oil use in biofuels, new report by @biofuelwatch finds aviation risks becoming a new driver of #deforestation.

Mr Murphy cited the scale of Neste’s ambitions and its plans to expand operations in the aviation biofuel sector as the reason the company was singled out in the report.

He added: “We are really keen to highlight the ongoing process in Europe to phase out the use of palm oil in the road transport sector.

“This is just another example of where the aviation sector comes along and undermines the efforts that have been done in other areas through its environmentally damaging actions.

“You see it with emission levels, which have increased in aviation while other sectors decrease, and you are now seeing the potential for palm oil consumption in the aviation sector to go up too.”

How palm oil production is contributing to climate change

The issue of palm oil deforestation hit the mainstream following the controversy over UK supermarket Iceland’s Christmas advert from the end of last year – which used snippets of a Greenpeace film.

It was banned by ad clearance agency Clearcast for breaching political advertising rules.

Palm oil is mostly produced in tropical climates and is found in products as diverse as food, cleaning products and biofuel.

The high demand for the crop has led to massive deforestation in places such as Indonesia, where a Greenpeace investigation revealed palm oil traders had cleared an area of forest that was half the size of Paris.

The Intergovernmental Panel on Climate Change (IPCC) claims that tropical deforestation is responsible for 18% of greenhouse gas emissions, making it one of the biggest contributors to climate change.

Issues over air quality and land usage rights, in areas cleared for palm oil production, are other major concerns.

However, the charity Orangutan Appeal UK has warned a sustainable alternative to palm oil must be found before stopping the use of it altogether.

It claims: “Because other oil crops – such as coconuts, olives, sunflowers and maize – are less productive per square kilometre, even more land would need to be converted to agriculture – causing even greater environmental damage.”

Half of all palm oil used in Europe is found in biofuel to power diesel cars and trucks, according to data from market analyst Oil World.

Transport and Environment recently launched the “No apes in my tank” campaign, which is lobbying the European Commission to stop recognising palm oil-derived fuel as a “green biodiesel” ahead of a vote on 1 February.

The NGO’s petition has received over 400,000 votes at the time of writing.

Despite efforts to reduce its use in road transport, Mr Murphy fears this could be undermined by the surge in production of palm oil-derived biofuels in the aviation sector.

He said: “There is a lot of focus at the moment about the use of palm oil in road transport and foods, but it’s a bit like whack-a-mole.

“We prevent one driver of palm oil deforestation but while we’re doing that we allow the creation of a new one.”

Some of the more sustainable options that Transport and Environment has highlighted include waste residue and used cooking oil – which would both have less of an impact on the climate than palm oil.

Electrofuels – which are a liquid fuel capable of storing electrical energy – are another green alternative for airlines to consider.