What is the role of nuclear power in North America?

North America has a strong focus on nuclear power. The US and Canada are focusing on nuclear power plant life extension while exploring the potential for small modular reactors 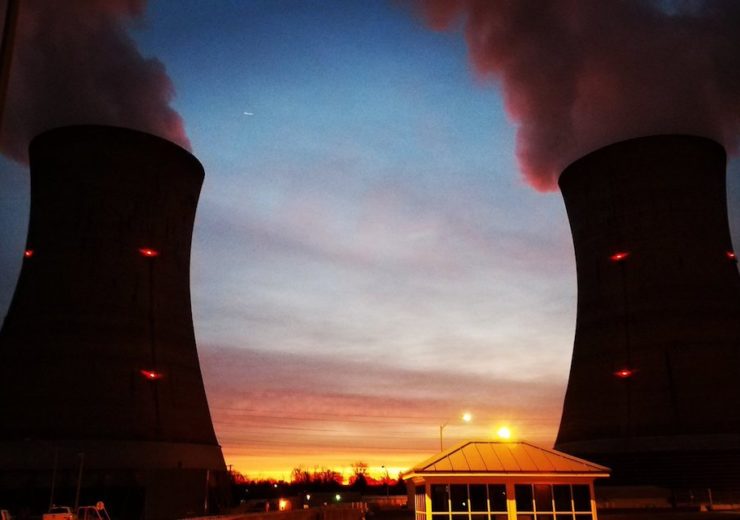 Three Mile Island, the oldest reactor in North America was closed in September 2019

When looking at nuclear power in North America, the USA operates the largest fleet of nuclear power reactors in the world, with 96 units in 26 states producing almost 20% of the country’s electricity generation.

However, nine nuclear units have retired since 2013, and more are scheduled to close by the end of 2025.

Declining prices for electric power in wholesale markets have placed economic pressures on many nuclear plants in the USA over recent years, leading to several plant closures.

This year, Entergy permanently shut down its Pilgrim nuclear plant in Plymouth, Massachusetts after 47 years of operation, ending nuclear power generation in the state. The closure will leave Entergy without any operating reactors in merchant power markets from 2023, as it intends to close Indian Point 2&3, in New York, and Palisades in Michigan, in 2020, 2021, and 2022, respectively.

Exelon also retired its 837MW Three Mile Island 1 BWR in Pennsylvania in September 2019. The closure was announced in May after the Pennsylvania legislature failed to pass a bill that would have subsidised nuclear power plant operation in the state.

FirstEnergy Corp also intends to close Beaver Valley 1&2 in 2021 unless the reactors receive some financial support from federal or state programmes.

NextEra Energy has announced that Duane Arnold in Iowa will cease operations by 2020 and Pacific Gas and Electric Co said it intends to shut down two reactors at Diablo Canyon in California by August 2025.

The US Nuclear Energy Institute noted in a September report — Nuclear Costs in Context — that in the face of economic pressures, additional plants will face the prospect of early closure unless policies are put in place to better reflect the value of the benefits provided by nuclear energy.

New York, Illinois, New Jersey, Connecticut and Ohio have enacted policies that will compensate nuclear plants for their environmental attributes, ensuring that 14 reactors in these states will not be forced to shut down prematurely.

The USA is building two new Westinghouse AP1000 reactors at Vogtle in Georgia, which are scheduled to start operating in November 2021 and November 2022, respectively.

Some small modular reactor (SMR) demonstration units are planned in the 2020s. NuScale Power’s reactor is the world’s first and only SMR to undergo design certification review by the US Nuclear Regulatory Commission.

This summer NuScale announced the completion of Phase 2&3 review, six weeks ahead of schedule. Utah Associated Municipal Power Systems is planning a 12-module SMR plant in Idaho slated for operation by the mid-2020s based on this certified design.

However, the Energy Information Administration projects in its 2019 Annual Energy Outlook reference case that 22GW (22% of current nuclear capacity) will retire by 2050. This would see the US share of nuclear generation fall from around 19% today to 12% in 2050.

Recently, the USA has started legislating to boost the development of next-generation nuclear technology.

In July, the Nuclear Energy Renewal Act was introduced in the Senate. The NERA directs the Secretary of the Department of Energy (DOE) to establish and enhance programmes to help reduce the operation and maintenance costs of US nuclear power plants, expand advanced modelling and simulation tools, and bolster research and development.

It joins other bills, including The Nuclear Energy Leadership Act (NELA), which directs the DOE to create a strategic vision for developing next-generation nuclear and authorises demonstration of two designs by 2025 and two to five additional designs by 2035.

Canada has 19 commercial reactors operating in the eastern provinces of Ontario and New Brunswick. In Ontario, over $25 billion is being invested in refurbishing reactors at the Bruce and Darlington nuclear generating stations from 2020-2033. In 2017, nuclear power provided approximately 58% of Ontario’s electricity and 36% of New Brunswick’s electricity.

Canada is also positioning itself to be a leader in next generation technology by developing SMRs and advanced reactors that could help emissions reduction in remote communities and mining industries.

At the provincial level, recent SMR initiatives have included investment by New Brunswick in a small-reactor R&D ‘cluster’ centred on Pt Lepreau and a report sponsored by the Ontario Ministry of Energy looking at the feasibility of SMR deployment in Ontario.

The established utilities have demonstrated an interest in becoming SMR operators, are working with would-be vendors and have introduced a new Candu owners group forum focused on SMR.

One concrete SMR proposal currently under active development is that by Canadian Nuclear Laboratories (CNL), which, as part of its 2017 Long Term Strategy, set itself the ambitious target of siting an SMR on a CNL-managed site (eg, Chalk River) by 2026.

At present, there are four project proponents engaged in the CNL invitation process:

In North America, the US currently dominates with the number of reactors in operation, however, both the USA and Canada have strong ambitions for introducing small and advanced reactors.