Fast reactors operating as part of a close fuel cycle could help assure the long-term sustainability of nuclear power, but although reprocessing technologies exist, industrialisation of fast reactors remains some way off, Judith Perera reports 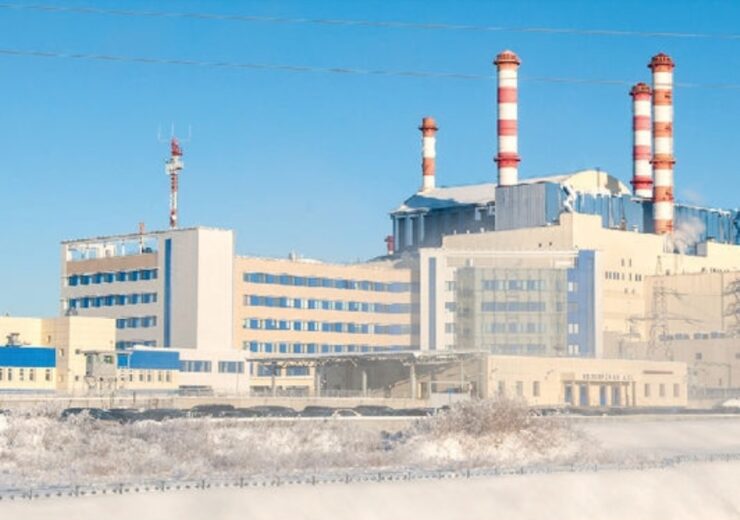 Managing used nuclear fuel until its disposal is an important step of the nuclear fuel cycle. Currently around one-third of the used fuel accumulating globally is reprocessed, while the rest is stored until a decision can be taken on the end-point strategy — processing or disposal.

The International Atomic Energy Agency (IAEA) says safe, secure, proliferation-resistant and economically efficient nuclear fuel cycles that minimise waste generation and environmental impacts globally contribute to the sustainability of nuclear energy. The challenges are to identify and address technical issues and to maintain certain flexibility in managing used fuel to accommodate the largest range of options for the future.

Progress towards commissioning deep geological disposal facilities has been slow, although several projects are now in an advanced stage of development. Interim storage systems may therefore have to be maintained for longer periods, possibly for more than 100 years, which requires research and development and ageing management programmes to demonstrate its safety case. However, research is also underway in some countries on ways to close the nuclear fuel cycle, whether partially through the use of long-accepted reprocessing technologies (which requires the storage of residual high-level wastes) or through fuel recycling with the residual HLW burned in reactors, closing the fuel cycle.

Advanced and innovative technologies are already implemented in a few countries to reprocess used fuel and recycle its usable materials, such as plutonium and uranium, through the fabrication and utilisation of mixed uranium and plutonium oxide (MOX) fuel.

Other more complex reprocessing technologies are being developed in some countries to recycle fertile (minor actinides, such as neptunium, americium, and curium) or long-lived radionuclides (such as caesium and strontium) to make the nuclear fuel cycle more sustainable and reduce the amount and radiotoxicity of the residual waste. These recycling technologies will probably require the deployment of fast neutron reactors in the long term.

“Some countries are already operating a partially closed fuel cycle, and others could follow this path using services such as spent fuel reprocessing provided by those countries,” NEFW division director Christophe Xerri told NEI.

“The next stage would be to employ fast reactors more widely. The mono-recycling of MOX fuel in light water reactors is already used in many countries. MOX has also been used in fast reactors, for example in Superphénix in France and Monju in Japan, which are both now closed. Currently, MOX is being used in Russia’s Beloyarsk 4 BN-800 fast reactor. With multi-recycling of mixed U-Pu fuel and minor actinides in fast reactors, nuclear fuel could be used for a very long time and provide a sustainable solution for low carbon energy production,” said Xerri.

He added, “Fission is likely to be a factor for a significant period of time-based on what we know today of new technology. Unless there is a major breakthrough, it is difficult to see a world in 2050-2100 without fission and fast reactors.”

Currently, partitioning technology for reprocessing used nuclear fuel is based on aqueous media including nitric acid and organic extractant such as tri-butyl phosphate. Aqueous reprocessing is mature on an industrial scale, but its use is limited because of proliferation concerns because it separates plutonium and uranium from the used fuel. In addition, organic extractants are susceptible to radiolysis-induced breakdown, increasing the cost and secondary wastes.

Pyrochemical processes, which have been explored in several countries during the past 50 years, use high-temperature oxidation and reduction reactions, with inorganic molten salts, gases and liquid metals as the process media, either in electrolytic or electrorefining steps. Pyroprocessing reduces the risk of proliferation as it does not involve the separation of pure plutonium. It is also viewed as a better partitioning technology for used fuel from future fast reactors and accelerator-driven transmutation systems. In Status and Trends in Pyroprocessing of Spent Nuclear Fuels IAEA lists several advantages of pyroprocessing:

-It can be readily applied to high-burnup used fuel without requiring excessive cooling time. So it can accept short-cooled used fuel with an intense radiation level, which helps to prevent illicit or unauthorised removal of sensitive materials from the processing facility. “Therefore, pyroprocessing provides an important technical barrier to proliferation”.

-With metal electrorefining, it cannot separate pure plutonium because other actinides are recovered with the plutonium. This offers strong proliferation resistance, as well as a high barrier of physical protection due to the extremely high level of heat and radiation.

-Its process medium does not contain hydrogen and carbon (risk factors in criticality accidents) and can absorb tritium and carbon-14, leading to dilute solutions that cannot be separated later.

-The head-end process of voloxidation can remove over 90% of long-lived radioisotopes, including iodine, technetium and tritium, from oxide used fuel and recover it in the form of a target that can be transmuted in appropriate reactor environments.

-The equipment is designed to handle much greater quantities of used fuel than aqueous technology. As the facility is more compact it makes possible reprocessing on the reactor site, which avoids transporting used fuel.

-The final waste volume can be drastically reduced, and many reactor designs dedicated to the transmutation of used fuel SNF, including the integral fast reactor and the molten salt reactor (MSR), have adopted pyroprocessing for on-site recycling.

The main disadvantage of pyroprocessing is that it is not yet fully industrialised. Other drawbacks include:

-Its inhomogeneous nature, which makes it difficult to evaluate the loss of process material. As a result, the material accounting system is not clearly defined.

-To complete a fully industrial installation, it requires remote- and automatic operation of molten salt and metal transfer equipment.

-It uses batchwise operation and is difficult to scale up to more than several hundreds of tonnes throughput a year.

The IAEA-TECDOC-1967: notes: “All in all, the process should be well cultivated for co-location with a fast reactor, which is considered to be an ideal system for a fast reactor fleet. However, this industrialisation is currently delayed by the fact that the technology is not economically viable in any country.”

The IAEA looks at the national strategies of France, India South Korea, Japan, the USA and Russia, all of which are developing used fuel separation technologies.

France has a well-developed industrial base supporting aqueous technology as well as recycling based on Mox fuel production. Both aqueous and pyro-reprocessing are studied by the French Alternative Energy and Atomic Energy Commission (CEA). However, aqueous reprocessing based on Purex remains the reference route.

Fast reactors no longer figure in France’s plans. In 2019 it cancelled plans for a 600MW sodium-cooled fast breeder reactor, Astrid (Advanced Sodium Technological Reactor for Industrial Demonstration), to be built at Marcoule as a successor to Rapsodie, Phénix and Superphénix (all closed).

Russia is in the process of developing industrial-scale facilities to support a multi-faceted closed fuel cycle. In addition to LWRs and two operating commercial sodium-cooled fast reactors, various designs such as fast reactors with lead, lead-bismuth and sodium coolant are being developed. From 2030 it plans to deploy fast reactors on a large scale and with a two-component nuclear system with a unified fuel cycle. The Beloyarsk 4 BN-800, which began operations in 2014, is now using Mox fuel with the aim of demonstrating the use of Mox at an industrial scale as part of a closed fuel cycle strategy. BN-800 is a precursor to the planned larger BN-1200.

Russia’s Proryv (Breakthrough) project aims to develop new-generation nuclear power technologies based on the closed nuclear fuel cycle with fast reactors. The basic provisions include exclusion of severe accidents, closing the fuel cycle, radiation-neutral management of radioactive waste disposal, the technology supporting non-proliferation (no uranium enrichment and no plutonium separation, and a breeding ratio of about 1) and bringing the cost of
fast reactor construction to that of other nuclear power plants.

As part of Proryv, an Experimental and Demonstration Energy Complex (EDEC) is under construction at the Siberian Chemical Combine (SCC) in Seversk. It will comprise a lead-cooled BREST-OD-300 fast reactor; a reprocessing module for used mixed uranium-plutonium nitride (MNUP) fuel; a fabrication/refabrication module (FRM) to produce reactor fuel for the starting loads from imported materials and nuclear fuel for trans-shipment from recycled materials. The reprocessing module will use combined (pyrochemical + hydrometallurgical) MNUP fuel reprocessing technology, which is also suitable for reprocessing used fast reactor Mox fuel. It is also pursuing pure hydrometallurgical technology for fast reactor fuel reprocessing.

An integrated complex for used fuel management is being established at the Mining and Chemical Complex (MCC), which includes: wet storage; air-cooled dry storage; a pilot-demonstration centre for reprocessing used fuel based on innovative technologies; and a Mox fuel fabrication plant for fast reactors. An underground research lab is being set up to develop technologies for HLW disposal.