There are an estimated 94 million tonnes of nickel reserves worldwide, with countries including Indonesia and Cuba among those with the biggest shares 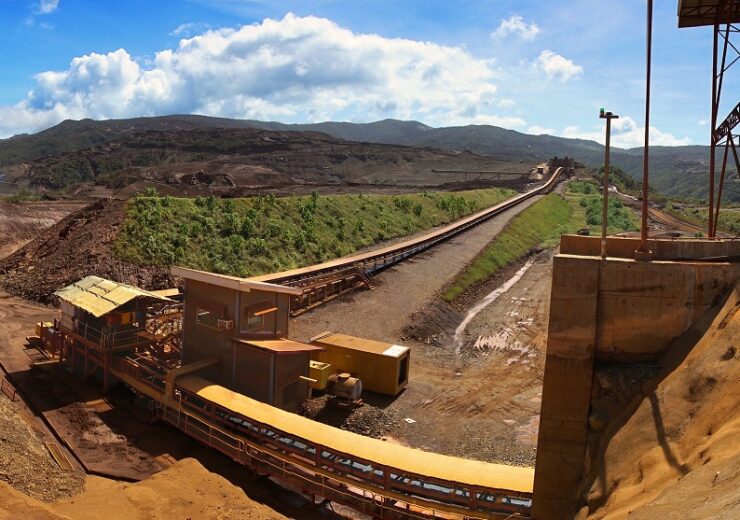 Nickel reserves and the mines that develop them are of great and growing interest to global industry, with a range of applications from stainless steelmaking to electronics manufacturing.

The silvery metal occurs primarily in laterite and sulphide deposits, and according to the US Geological Survey (USGS) there are around 94 million tonnes of known nickel reserves globally – almost half of which have been identified in Indonesia and Australia.

World nickel production totalled an estimated 2.5 million tonnes in 2020, down slightly compared to the previous year as a result of disruption caused by the coronavirus pandemic and an export ban in Indonesia.

Demand for the commodity, like that for other minerals like cobalt and lithium, is expected to grow over the coming years, driven by emerging low-carbon technologies like the rechargeable batteries used in electric vehicles.

Here, NS Energy profiles the six countries with the largest nickel reserves in the world.

Top six countries with the largest nickel reserves in the world

Indonesia is home to 22% of the world’s known nickel reserves, with 21 million tonnes.

The south-east Asian country, comprised of many thousands of small islands in the Indian and Pacific oceans, is also by far the world’s top producer of the metal, although production levels fell 11% in 2020 to 760,000 tonnes.

Significant nickel production takes place on the island of Sulawesi, as well as in the North Maluku province. Indonesian miner Aneka Tambang, a subsidiary of state-backed aluminium company Inalum, is highly active in developing Indonesia’s nickel reserves – alongside international firms like Brazil’s Vale.

The Indonesian government hopes to turn growing global interest in nickel into a driver of economic development in the country, with companies such as EV-manufacturer Tesla showing interest in the region’s supply chains.

Hot on the heels of Indonesia is neighbouring Australia, which holds 20 million tonnes of nickel reserves, around 21% of the global share.

The country increased its production of the metal by 7% in 2020 to reach 170,000 tonnes, although, despite its vast reserves, is only the fifth-largest nickel-producing country in the world.

The vast majority of Australia’s nickel reserves are located in the state of Western Australia, with most production coming from mines at Mount Keith and Leinster, located north of Kalgoorlie.

Large mining companies including BHP (through its subsidiary Nickel West), Glencore, IGO and Western Areas are involved in production operations in the country, although several other players are showing interest in further developing the region’s potential.

Brazil is third on the list of countries with the largest nickel reserves in the world, home to 16 million tonnes.

However, production in the country has declined significantly over the past five years, and in 2020 totalled just 73,000 tonnes according to USGS estimates.

Brazilian miner Vale, one of the world’s largest nickel-producing companies, has mining operations in the country, while Horizonte Minerals is seeking to develop two nickel operations in the Carajás mining region in Pará State, north-east Brazil.

Russia is Europe’s top destination for nickel reserves, with around 6.9 million tonnes, or 7% of the global total.

It was also the world’s third-biggest nickel-producing country in 2020, after Indonesia and the Philippines, mining approximately 280,000 tonnes of the metal during the year.

Russia’s Norilsk Nickel is one of the world’s biggest nickel-mining companies, along with other commodities like palladium, platinum and copper. Its main base of operations is in the Norilsk region above the Arctic Circle in Russia, where some of the world’s largest nickel-copper-palladium deposits are located.

Norilsk is the centre of the vast majority of nickel mining activity in Russia, although smaller projects are in development, notably the Kingash mine in Krasnoyarsk Krai, Siberia and the Kun-Manie mine in the far east of the country.

There are an estimated 5.5 million tonnes of nickel reserves on the island of Cuba, just under 6% of the world share.

But despite its comparative resource wealth, the country produced only 49,000 tonnes in 2020. Nickel is one of Cuba’s most valuable exports.

In the Moa region to east of the country, the metal is extracted alongside cobalt through a joint venture between state-run General Nickel Company of Cuba and Canada’s Sherritt International. Cuba is also one of the world’s top cobalt-producing countries.

Other regions across Cuba where nickel has been identified include Mayarí, San Felipe and Cajálbana.

The Philippines is home to 4.8 million tonnes of nickel resources, according to the USGS.

In 2020, the country produced more than any other nation except for Indonesia, with annual nickel output reaching an estimated 320,000 tonnes. A nickel export ban in Indonesia introduced in 2020 is expected to boost the Philippines’ prospects of becoming the world’s top producer, a title it has held previously.

The country’s most productive region is Surigao del Norte in Caraga, while key nickel mining operations in include the Taganito, Rio Tuba, Cagdianao, Carrascal and Adlay Cagdianao Tandawa mines.