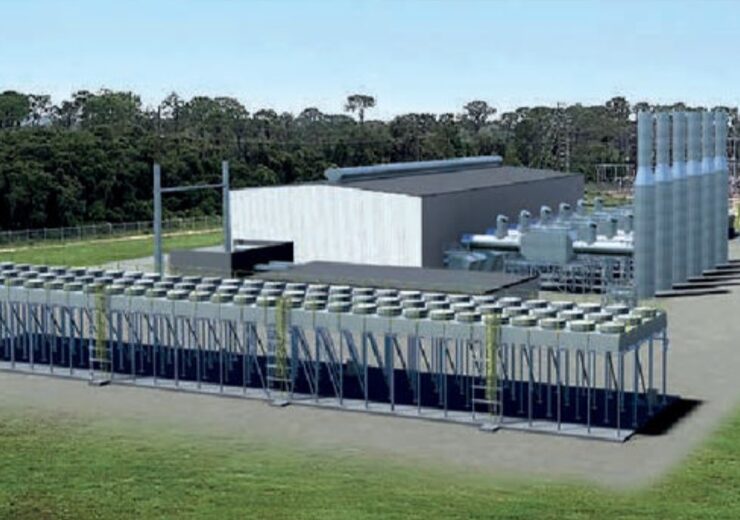 Visualisation of the new recip based NG fuelled power plant to be constructed on the McIntosh site, City of Lakeland.

Like many other utilities in the USA, coal generation is no longer seen as a viable option for Lakeland Electric, the third-largest public power utility in the state of Florida. Back in December 2020, the utility, which is owned by the City of Lakeland, announced it was bringing forward by three years the closure of its coal-fired power plant, McIntosh unit 3.

“This was a difficult decision to make”, said Joel Ivy, general manager of Lakeland Electric, but in the end, there was a “compelling business case” to permanently close the unit in spring 2021.

McIntosh unit 3, 60% owned by Lakeland and 40% by the Orlando Utilities Commission, entered commercial operation in 1982. At closure, it had an installed capacity of 365 MWe. Its fuel was bituminous coal, with natural gas for flame stabilisation. It was one of six power generating units on the McIntosh site, the others being D1 and D2 (2.5 MW diesel gen-sets, dating back to 1970), GT1 (20 MW open cycle NG fuelled gas turbine, in operation since 1973), unit 5 (365 MW natural gas-fuelled CCGT, which entered commercial service in 2002), and GT2, a new 120 MW natural gas-fuelled open-cycle gas unit (replacing McIntosh unit 2, a natural gas-fired boiler-with-steam-turbine unit that entered service in 1976).

McIntosh 3 required “increasingly expensive repairs while showing declining efficiency and unreliable performance”, said Lakeland, and in addition, the large inventory of coal required to run the unit represented “a multimillion-dollar risk to the utility should the unit fail unexpectedly.”

“An extensive analysis of these and other factors led to the decision to shutter the unit in 2021.” It had been thought possible to run the plant until autumn 2024, but “it became apparent that the risk was too great to operate the unit for an extended period,” said Ivy. “The shuttering of McIntosh unit 3 will result in some positions being eliminated”, but “affected employees are eligible for a generous severance during the five-month shuttering process”, he noted.

Interestingly, gas-fuelled reciprocating engines, to be supplied by MAN Energy Solutions, will form a major element of this new generating capacity, along with a significant increase in PV and battery storage by 2024, as part of the utility’s NextGen plan. The new gas engines will be “more efficient and better able to manage capacity fluctuation typical of solar power”, says Lakeland.

In August 2021, MAN Energy Solutions announced it had won an order to supply six 18V51/60G engines along with the major balance of plant for a new 120 MW natural gas-fuelled reciprocating engine based power plant to be located on the McIntosh site.

Lakeland Electric and MAN ES both want to have the plant in service as quickly as possible, so MAN says it has committed to fast-track delivery of all equipment to the site by July 2022.

The project is scheduled for commercial operation in late 2023.

Describing it as a “lighthouse project”, Wayne Jones, chief sales officer and member of the executive board, MAN Energy Solutions, says the award “represents a significant milestone for our power segment here in the US…Our top-of-the-line 18V51/60 reciprocating gas engine, combined with a very sophisticated, heat-recovery system, specifically designed to support the plant’s stand-by operation, perfectly matches Lakeland Electric’s stated commitment to safely provide its customers with affordable, highly dependable and sustainable electric-services. We don’t even have to mention the high flexibility of the engines, because that’s a given.”