Hydroelectric power is a major source of renewable energy in Australia, with the country housing more than 120 operating power stations. 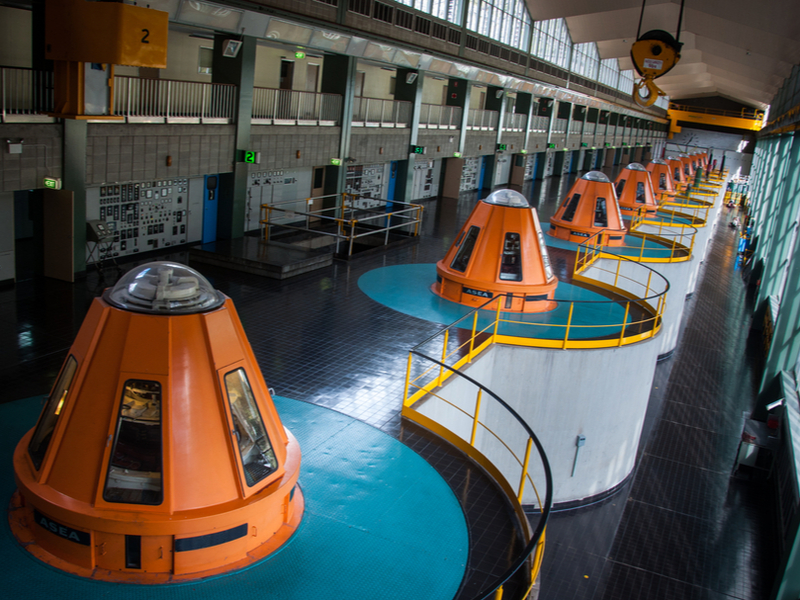 The Clean Energy Council states more than 25% of clean electricity generated in Australia during 2019 was from hydroelectric power stations — contributing 6.2% of the country’s overall electricity in the same year.

Australia’s hydropower resources are predominantly found in the states of New South Wales, Tasmania and Victoria.

The Snowy Mountains Hydroelectric Scheme, Australia’s biggest and most complex engineering project, has been made a part of the country’s National Heritage List since 2016.

Its construction took 25 years to complete, from 1949-1974, with more than 100,000 workers involved in the project. The Snowy Mountains Scheme joins the Heritage list alongside other iconic Australian sites such as the Sydney Opera House and the Great Barrier Reef.

Owned and operated by the Australian government’s electricity generation and retailing company SnowyHydro, Tumut 3 is the continent’s first pumped-storage hydroelectric power plant. It was commissioned in 1973.

One of nine hydropower stations of the Snowy Mountains Hydroelectric Scheme, Tumut 3 is located in Talbingo, on the Tumut River in New South Wales. The entire Snowy Mountains Scheme comprises 16 major dams and 145 kilometres (km) of interconnected tunnels.

Tumut 3 Power Station is equipped with six Toshiba turbines, which are capable of generating a combined capacity of 1,800 megawatts (MW). Another 600MW is used for pumping purposes.

Part of the Snowy Mountains Scheme like Tumut, this gravity-fed, conventional power plant is equipped with 10 Francis-type Boving turbines that can generate a total of 950MW (1,270,000 hp).

Murray 1 Power Station, which was completed in 1967, has an annual electricity generation capacity of 1,413 gigawatt-hours (GWh). The electricity produced from Murray 1 is sufficient to power 95,000 homes.

Commissioned in 1969, Murray 2 is a conventional, gravity-fed power plant having four Francis-type Hitachi turbines. Together, all four turbines are capable of generating a total of 550MW (740,000 hp), giving Murray 2 an annual electricity generation capacity of 810GWh.

Commissioned in 1984, this pumped-storage hydroelectric power plant has two concrete silos, each housing a 250MW Francis-type turbine (the largest in Australia) to give the station a total installed capacity of 500MW (670,000 hp). The Wivenhoe Dam is built across the Brisbane River and encloses Lake Wivenhoe.

Unlike other conventional hydropower plants, which depend on water released from rivers or dams, Wivenhoe recycles its own water.

Fifth in this list is Tasmania’s largest conventional hydroelectric power plant, the Gordon Power Station, which is located on the Gordon River, in the southwest of the state.

Fed by the waters of Lake Pedder and Lake Gordon, the power station was inaugurated in 1978 and is operated by Hydro Tasmania. Gordon power plant comprises three 193,000hp, Francis-type Fuji turbines capable of generating a combined capacity of 432MW of electricity. Annual generation is 1,388GWh.