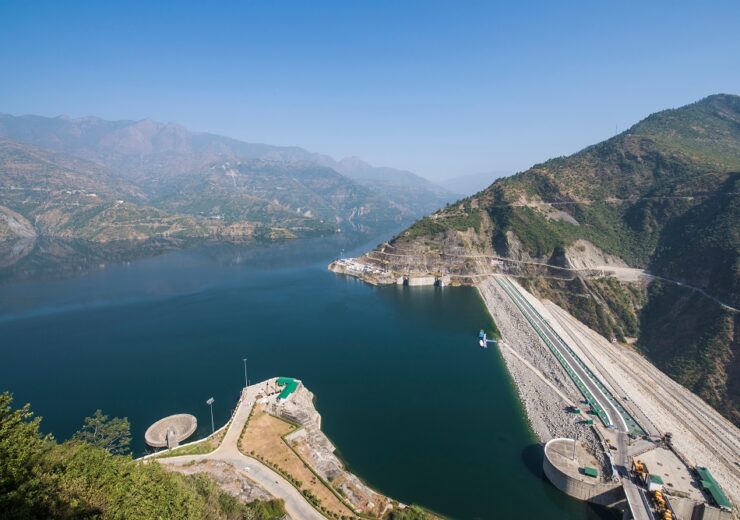 India is home to many hydroelectric power plants, ranking fifth in the world for potential hydropower capacity, which currently stands at more than 50 gigawatts (GW).

Only China, Brazil, the US and Canada have a greater hydropower capacity globally.

The country has 197 hydropower plants capable of producing more than 25 megawatts (MW), according to the International Hydropower Association (IHA), plus nine pumped storage stations accounting for 4,786MW capacity.

More than 90% of India’s hydroelectricity is operated by the public sector through companies like NHPC, SJVNL, NTPC-Hydro, NEEPCO.

The Indian government recently announced a series of measures to support hydropower development, including declaring that large hydropower (more than 25 MW) is officially a renewable energy source.

The IHA says this will enable new, large projects to benefit from the non-solar Renewable Purchase Obligation, which mandates that regional utilities purchase a portion of their electricity from hydropower.

Located at the confluence of the Bhagirathi and the Bhilangana rivers, near the city of Tehri, the dam is a multi-purpose rock and earth-filled embankment dam, and at 260.5 metres is the tallest in India.

It is also the eighth-tallest dam in the world and the second-tallest in Asia. The length of the dam is 575 metres, while the base width is 1,128 metres and the crest width is 20 metres.

With a maximum planned capacity of 2,400MW, the Tehri Hydropower Complex consists of the Tehri Dam and the Tehri Pumped Storage Hydroelectric Power Plant, and also includes the 400MW Koteshwar Dam.

Its reservoir stores water not just for the generation of hydroelectricity (which is about 1,000MW in addition to 1,000MW of pumped storage hydroelectricity) but also for irrigation and municipal water supply to other states of North India too, such as Uttar Pradesh, Haryana, Punjab, Delhi, Chandigarh, Himachal Pradesh, Jammu & Kashmir and Rajasthan.

Owned and operated by Tehri Hydro Development Corporation (THDC) until recently, the Indian government approved NTPC taking over the project in November 2019.

Located near Patan, in Maharashtra’s Satara district, close to the Koyna River, the Koyna Hydroelectric Project is India’s largest completed hydroelectric power plant with a capacity of 1,960MW.

Owned and operated by MAHAGENCO and Maharashtra State Power Generation, the Koyna Project has four dams, the largest of which is constructed across the Koyna River.

As the dam is located in the Western Ghats mountain range, all the generators of the power plant have been installed deep inside the mountains requiring extensive excavation works.

Construction began in 1954, and the project has been developed in four stages.

Third on the list is the 1,670MW-capacity Srisailam Dam.

Owned by the Government of Andhra Pradesh via operator APGENCO, Srisailam Dam is located on the Krishna River in the Nallamala Hills near Srisailam temple, which falls under the districts of Kurnool and Mahabubnagar.

Both these districts are situated at the border of the two states of Andhra Pradesh and Telangana, respectively.

Construction of the dam began in 1960, but took more than two decades for completion, being unveiled only in 1981.

With a length of 512 metres and a height of 145 metres, plus 12 radial crest gates, Srisailam Dam is considered to be India’s third-largest working hydroelectric power project. It has a reservoir measuring 616 square kilometres.

Himachal Pradesh’s Nathpa Jhakri Dam, with a capacity to generate 1,530MW of electricity, ranks fourth in this list.

This concrete gravity dam, which is 185 metres long and more than 67 metres high, was constructed across the Satluj River in Kinnaur district’s Nathpa village.

Started in 1993, construction of the dam was completed in 2004 to make Nathpa Jhakri India’s biggest underground hydroelectric power project.

This concrete gravity dam is located on the Narmada river, near Navagam in the state of Gujarat.

Although the foundation stone was laid in 1961, the project began to take form in 1979 with the help of a World-Bank funded development scheme, and construction began in 1987.

Environmental opposition stalled construction efforts, and the dam was finally inaugurated in 2017.

This dam counts as the world’s second largest concrete dam—after Grand Coulee which sits across River Columbia in the  US—in terms of the volume of concrete used in its construction.

It measures 1,210 metres long and more than 138 metres high, and is powered by six 200MW Francis-type turbines.