A look at how PowerX plans to carry clean power on special ships to Japan, and how it will help develop a global market for wind power. 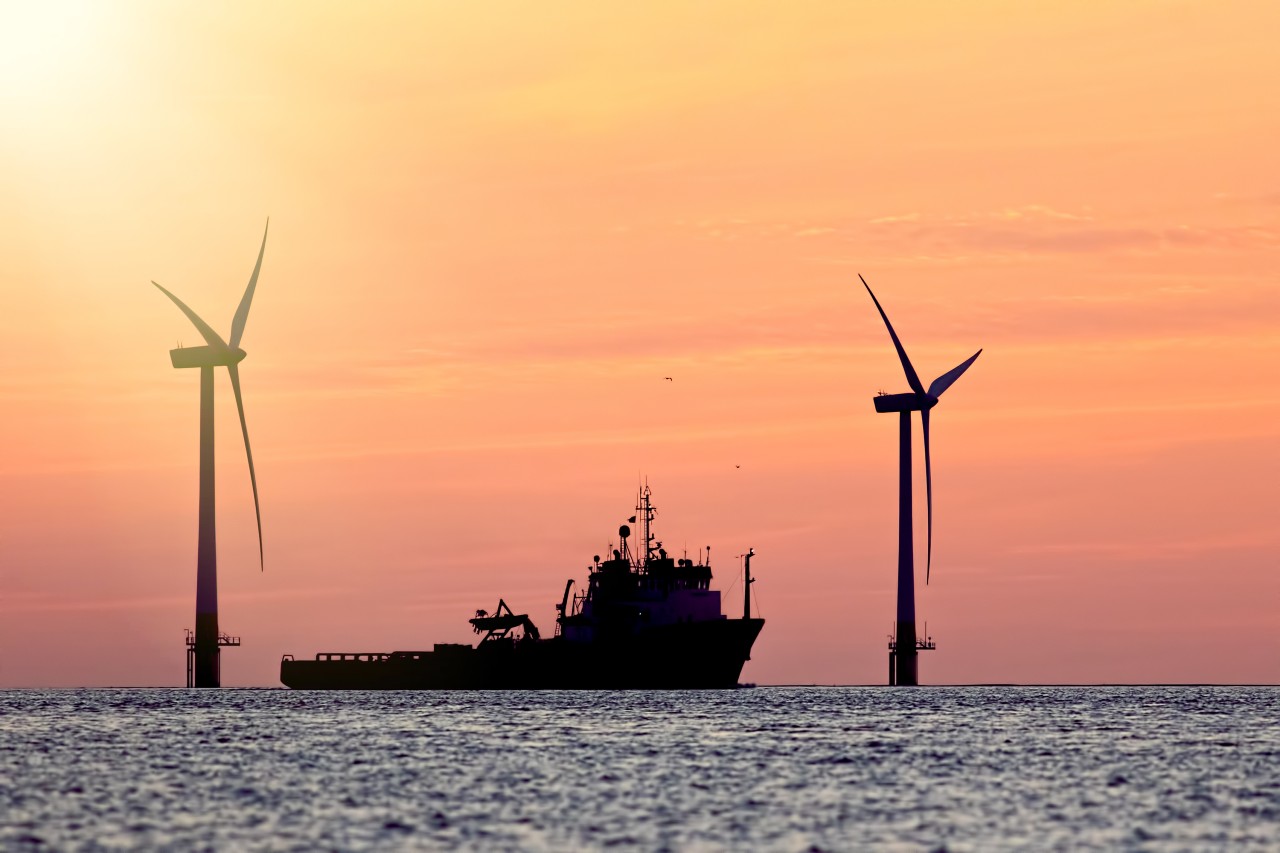 As an island nation used to strong gusts, Japan should be a global leader in wind energy. But with rugged geography stymieing investment and unreliable cables currently the only way to get power from offshore turbines back to shore, the country has struggled to meet its renewable quotas. Masahiro Ito hopes to change that. The co-founder of PowerX has ambitious plans to carry clean power on special ships to Japan and beyond. Andrea Valentino talks to Ito to learn about the inspiration behind PowerX, how his system will work in practice and why it could eventually herald the development of a truly global market for wind power.

About halfway through the interview, Masahiro Ito reflects on how fossil fuels sculpt the world. Of course, everyone knows their catastrophic environmental power. However, as Ito explains, he means something slightly different.

“The international relationships between nations, the wars we’ve fought, the treaties we’ve brokered, the international trade routes we’ve crafted for over a century.” For Ito, the CEO and co-founder at PowerX, “all of that really is centred on the world’s reliance on carbon fuels”.

Though he may not have been thinking it explicitly, this is undoubtedly true of Ito’s home nation. Japan, after all, conquered half the Pacific in its desperate hunt for oil – only to reap an Allied Armageddon in return. And though Japan today is unrecognisable from its militaristic forebear, this island democracy is still feverish about securing energy for its 125 million citizens.

Since 1945, imported oil has played a key, if diminishing, role in keeping the country powered, while nuclear stations were prized until the Fukushima disaster a decade ago. Coal is another important part of the puzzle, with 22 new plants planned between 2020 and 2025.

More recently, however, Japan has followed the developed world in focusing on renewables. For a country completely surrounded by water, accustomed to strong gusts, wind farms are the obvious candidate. But with craggy mountains limiting investment on the Japanese mainland, and deep trenches making construction equally tricky offshore, actually building the turbines to nourish the world’s fifth-largest emitter of greenhouse gases isn’t easy.

That’s where Ito and his colleagues come in. With a remarkable plan to transport offshore energy on ships, PowerX could yet transform Japan’s energy portfolio – and even send oil wars to oblivion.

“Destroy a country,” says an old Japanese proverb, “but its mountains and rivers remain.” The people here know that better than most: beyond the famous Mount Fuji, flanked by its ocean of conifers and cypresses, 80% of Japan is covered by uplands.

This leaves precious little room for urban or industrial development. Japan’s towns and cities are squeezed on to just 4% of the land, and whatever remains is generally left to agriculture.

It goes without saying, then, that Japan is no place for mammoth onshore wind farms so common in Flanders or the Romanian steppe. The geography of Japan’s coastlines is just as frustrating. Even five minutes from shore, says Ito, the sea plummets to depths of 3,000ft.

To put that into perspective, that’s five times deeper than many typical coastlines in Europe. Of course, this makes fixed-bottom turbines impossible, with floating platforms the only viable alternative. But getting renewable energy from these floating turbines to Japanese consumers is challenging too.

For starters, Ito emphasises that laying underwater cables at the necessary depth is painfully expensive. For another, fixing problems deep below the surface can take weeks. And given Japan sits on a huge tectonic fault, cables are bound to break eventually.

“The Japanese government is predicting a very large earthquake to hit along a couple hundred kilometres-worth of coastline,” Ito says. “If that happens, and you’ve got multiple wind farms, they’re all going to go out when you need power most – in a disaster.”

These environmental barriers have stymied investment in Japanese wind energy. The government has certainly made the right noises here. Among other things, Tokyo aims to invest over $100bn in wind and solar generation by 2030, a figure that could soon supply 24% of the country’s energy needs. In truth, however, progress has been far slower. At the moment, just 10% of Japan’s electricity is created by renewables. Of that figure, solar panels often get more attention.

Snaking electricity cables 50–100km to a floating wind farm is simply too cumbersome, even though Japan’s climate is far more suited to wind turbines. According to one recent estimate, after all, Japan has 608GW of offshore wind capacity – more than the entire global wind output in 2018.

Revolutionise the wind sector with ships

In some ways, Masahiro Ito feels like an unlikely figure to revolutionise the Japanese wind sector. He started his first business, a software start-up, in 2000, and for years worked in industries as varied as fashion and automobiles. Turbines and floating platforms were notable mainly by their absence.

Yet as Ito explains, it would be the relative triviality of his early career that ultimately led him towards co-founding PowerX. “There’s got to be something bigger,” he recalls thinking. “And I realised that climate change and carbon-neutral goals are all super important.”

However it emerged, in any case, PowerX’s actual programme is alluringly simple. Dispensing with underwater cables, the company instead aims to transport energy on enormous battery ships. Known as the Power ARK – and about 100m in length – these ‘power transfer vessels’ will hold 100 grid batteries, together capable of carrying 200MWh of electricity. That’s the equivalent to the daily energy needs of 22,000 Japanese households.

Rather than directly docking with individual turbines, moreover, the ships would instead approach a nearby barge. From there, a stabilised crane would drop cables on to the ship, before finally transferring precious wind power into the ship’s batteries. The immediate benefits of this approach are obvious.

Expensive and unreliable cables would be rendered irrelevant, while the PowerX ships, sleek and black like something out of a Bond movie, could quickly charge up after an earthquake or storm. More broadly, it’s obvious that Ito and his colleagues have battled to drag their vision into the real world.

Working with a UK naval engineering expert, for instance, the Power ARK is designed with Japan’s coastal waters in mind. As Ito puts it, “We’ve determined that the ship will pitch and roll to a certain degree – it’s designed to be stable enough that the cranes can compensate for that roll.”

Other details of PowerX’s story are impressive too. Because the electricity platforms will be stationed downwind of the turbines themselves, Ito envisions that once the cranes have attached their cables, the latter could be let loose. While its batteries are being charged, a Power ARK would “drift away” from the platform, using its thrusters to stay close while also saving energy.

At the same time, PowerX has considered the question of weather. Unsurprisingly, the Power ARK’s floating embrace could go wrong in a storm – hardly an immaterial point, given the country faces over 25 typhoons each year. Conversely, it makes little sense to deploy a ship if there’s no energy to collect.

As Ito notes, turbines often enjoy “uptimes” of just 40%. Not that the situation is hopeless. PowerX plans to use sophisticated modelling to predict when the wind is likely to blow – or else install batteries on the barges, absorbing what little breeze does flutter by on calm days.

Sharing the next generation of energy

Listen to Ito’s pitch, or stare at glossy pictures of the Power ARK, and it’s easy to be enraptured by PowerX’s mission. Fair enough – up to a point. The company undoubtedly means business, honing plans and securing wealthy investors. But it’s important to remember that not a single Power ARK has actually embarked on its maiden voyage. Those hundreds of grid batteries feel even more distant, with PowerX first needing to build a factory to produce them.

The company hopes to be manufacturing 1GWh worth of cells annually by 2024, but right now the only images of the facility are digital mock-ups. There’s arguably a sense of just how far PowerX has to travel by glancing at its website, where the company still offers job openings for key engineering positions.

To be fair, Ito does seem to understand the struggles to come. “The challenge is really actually to do it at scale,” he says, adding that he’s currently fundraising to build a prototype Power ARK.

At any rate, if PowerX’s vessels do actually achieve their aims, the company could soon be a boon to Japanese power. Consider the numbers. Though transferring electricity on to batteries is slightly less energy-efficient than relying on traditional cables, Ito says the gap is just a few percentage points if the ships are fuelled by electricity.

Would-be suppliers could cut that even further by relying on liquid natural gas. When it comes to profit margins, meanwhile, Ito argues that his battery vessels are anything from 6% less to 2% more profitable than underwater cables.

To put it another way, the Power ARKs are probably a viable proposition – both technically and financially. With a new goal of producing around 36% of the country’s power from renewable sources by 2030, the Tokyo government is doubtless crossing its fingers too.

Beyond the specifics of energy production, moreover, Ito suggests that the scale and enterprise of his project speak to his hopes for Japan more broadly. “Twenty years ago,” he says, “Japan was a tech country. But we’ve lost the consumer electronics sector. We’ve lost the cell phones. So Japan really needs to get stuff together and innovate, and be ambitious, and keep trying.”

Clearly, a successful PowerX could spur more investment elsewhere in Japan’s ailing hardware sector. But for Ito, perhaps the ultimate draw is what it could do for other countries. With the perils of climate change increasingly stark, and new electric technology arriving each day, he believes there will soon be an elaborate global market for wind power.

For security reasons, if nothing else, connecting countries to a single grid is impossible. But what if PowerX ships could one day deliver electricity-filled batteries to ports in need? “If we had the ships today, you could sell them between multiple European countries, the Mediterranean and the North Sea,” he says.

“It’s got great potential to change how the next generation of energy is shared across the world.” A lofty aim. But if it could stop nation states from fighting and killing over our dwindling oil reserves, it’s surely one the world can get behind.