Storing tailings has long been an issue for the mining industry, but FDMS technology offers the potential of a safer, less water-intensive approach 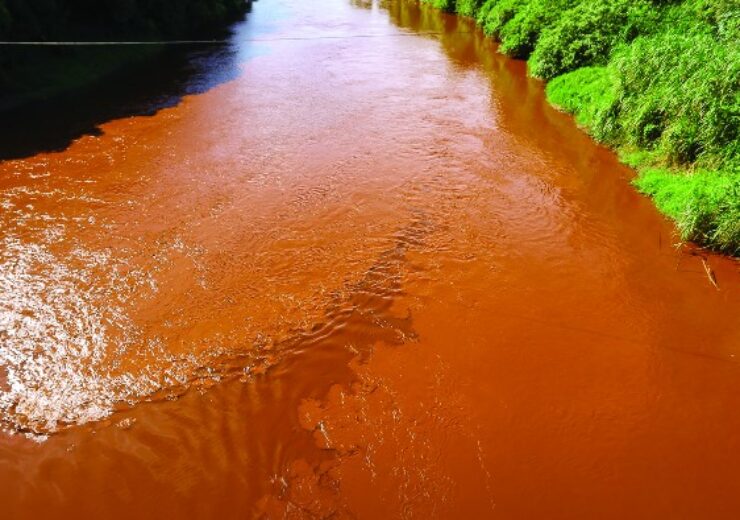 The Paraopeba River in Minas Gerais, Brazil, after being polluted by the collapse of a tailings dam in the local area (Credit: Christyam de Lima/Shutterstock)

For decades, tailings have been known as a necessary evil in mining. World Mining Frontiers writer Andrea Valentino talks to Sunil Tripathy, an expert in mineral extraction at the University of Lorraine, about how new fines dry magnetic separation (FDMS) could finally put tailings out to pasture, and investigates the impressive work done by Vale.

On another hot day in January 2019, just around noon, as the sun was reaching its peak, hundreds of miners at the Córrego do Feijão mine were settling down for a break. And why not? Iron mining is hard work – especially in a poor part of Brazil like Minas Gerais, where miners often make less than £4 ($5.6) an hour.

But barely could the workers begin their meals than their moment of rest was destroyed suddenly and irreparably. After a nearby dam collapsed, 12,000,000 cubic metres of mud and debris catapulted at 50mph into the building and the miners.

After days of frantic searches, the terrible toll of the accident became clear: 259 people, most of them miners, were confirmed dead. 11 victims were never found, their bodies lost forever in the flood. In the investigation that followed, it became clear that Vale, the mine’s owner, had made serious mistakes. Among other things, the sirens meant to alert workers of a collapse failed to ring.

Yet examine what happened that terrible day, and these problems pale in comparison to something much more fundamental – the reason the dam was there in the first place. Because it used a traditional form of ore separation, creating a colossal pile of muddy waste known as tailings, Vale had to build a dam to store all the slurry.

A disaster was, arguably, just a matter of time. And even if the Córrego do Feijão dam had never collapsed, these tailings create problems all of their own, eroding landscapes, releasing toxic metals and poisoning water supplies.

Not that the situation is hopeless. Apparently spurred on by the catastrophe in Minas Gerais, Vale has worked hard to develop a solution, with other experts close behind.

Known as fines dry magnetic separation (FDMS), this approach has the potential to sweep tailings from the mining lexicon forever – keeping miners safer and the environment cleaner along the way.

Though figures on extraction equipment are scarce, numbers from Grand View Research suggest that the global mining equipment market size was valued at $144.37bn in 2019, and is expected to expand by 12.7% a year from 2020 to 2027.

A corollary of all this growth has traditionally meant an avalanche of waste. To illustrate quite how much, Sunil Tripathy, an expert in mineral extraction at the University of Lorraine, takes as his example arguably the most important alloy on earth: steel.

For every thousand tonnes that ends up in skyscrapers or fighter jets, Tripathy explains, processors started with “about double that quantity” of raw iron ore. Given countries like China pump out nearly a billion tonnes of steel each year, that means one monumental scrapheap.

Nor are these common metals alone. From cobalt to lithium, Tripathy says, all these minerals end up with far less finished product than raw material – and the excess has to be disposed of somehow.

What that means in practice depends on the extraction style. If the mineral is paramagnetic – like iron or cobalt – chances are that it’s processed using magnetic separation.

The mineral is first crushed then funnelled past an electromagnet, the precious material sucked away to safety and the waste product left down below. In so-called “wet” magnetic separation, water is added too, particularly when refining lower-quality ores.

Whatever its flaws, this technique is cheap and straightforward enough to ingratiate itself with mining engineers the world over. According to work by Research and Markets, the appetite for magnetic separation is expected to reach nearly $1bn by 2025, up from just $685m in 2019.

Even so, wet magnetic separation is far from perfect. Nor do you have to look to massive disasters like the Córrego do Feijão collapse to see it. After being mixed with water, after all, the leftover ore turns into a kind of thick sand. And though it doesn’t always end up behind an unstable dam, it does always have to be put somewhere – whether piled up into hills or dumped into ditches.

What’s in no doubt, though, is its desultory environmental impact. In 2008, more than 1,500 Canadian ducks died after landing on a tar sands tailing pond in Alberta, while earlier this year, a tailings spill in China polluted a river that serves 200,000 people. These problems extend to the water itself.

As Tripathy notes, the recirculation rate in wet magnetic separation is very low, with upwards of 60% ending up polluted and undrinkable. And given Brazilian miners alone used 250 billion litres of water to produce just 450 tonnes of steel in 2016, that’s a colossal strain on the environment.

Even before the 2019 disaster, Vale was busy looking for alternatives to wet magnetic separation. The eventual breakthrough the company made came too late for the victims in Minas Gerais, but it could transform life for other miners and the local environment.

FDMS removes water and tailings from the equation altogether, instead relying on a raft of sophisticated machines to do the job.

Developed by New Steel, a Vale subsidiary, a company spokesman recently boasted that it’ll be able to “concentrate 30 metric tonnes of ore” every single hour. That’s not bad considering the initial investment was a mere $100m.

So how does fines dry magnetic separation actually work?

At the heart of the new system are some incredibly powerful magnets. Made from rare earth metals, they can separate iron ore and other minerals far easier than ceramic alternatives. After crushing the ore, drying it and divvying particles by size, Vale’s engineers let the super magnets do their thing.

All told, this approach delivers a concentrate with iron content up to 68% – even from poor ore with content up to 40% – an achievement that was once only possible with wet separation.

Of course, that still leaves waste material. But because there’s no water, it’s in the form of solid grit rather than muddy tailings. This makes it far simpler to store safely, typically in tidy mounds that can eventually be reclaimed by nature.

No wonder, then, that Tripathy is so enthusiastic about the environmental benefits of FDMS. “Water scarcity is a major problem, and maintaining tailing ponds is completely unsustainable. In other words, dry processing has to be adopted as soon as possible.”

Nor is it surprising that Vale is adopting its new technology so aggressively. With that initial $100m investment under its belt, the company hopes to spend a further $3.1bn on dry processing facilities over the next few years, and ultimately aims to process 70% of its iron ore water-free by 2024.

As Marcello Spinelli, a director at Vale, said in a July press release: “New Steel puts Vale at the forefront of investments in ore processing technology. We will continue to seek solutions that increase the safety of our operations.”

All the same, Tripathy is careful to warn that FDMS is not without its flaws. For starters, he says, its rare earth magnets are so powerful that they risk attracting dust and other impurities alongside the precious metals. Particle size is challenging in another way too.

As Tripathy explains, some types of FDMS can’t separate ores smaller than 45µ – frustrating given iron ore particles can be as small as 30µ. Then there are more fundamental problems of magnetic separation. Materials like iron are perfect for FDMS, after all, but what about non-magnetic metals like aluminium, copper or zinc?

Whatever the challenges of FDMS, however, Tripathy is basically optimistic about the technology’s potential. Though it makes the process slightly more expensive, he notes it’s “not a big thing” to refine magnetised iron of dust impurities.

Vale, for its part, is busy on its own solutions, claiming to have developed a dry separation system capable of extracting particles as small as 10µ.

Among other things, companies are exploring the viability of “digital twin” systems, creating computer models of how ore reacts to magnets, then tweaking their real-world counterparts to sharpen efficiency.

Finally, Tripathy suggests that these developments are unimportant when compared with environmental necessity. “You need the right technology to avoid water,” he says. “Your community and your future are dependent on it.” A fair point, especially if you examine how climate change is drying out the planet at startling rates.

Even in Brazil, home to the world’s largest rainforest, four million people lack access to safe water. Hopefully FDMS can start redressing the balance – and stopping tailings from snuffing out the lives of more poor miners, in Minas Gerais or anywhere else.