The key to Africa’s energy future

The world’s second largest continent is increasingly looking to hydro power as a source to satisfy its growing energy needs. Several big projects are currently underway or on the drawing board, writes Norman A Bishop 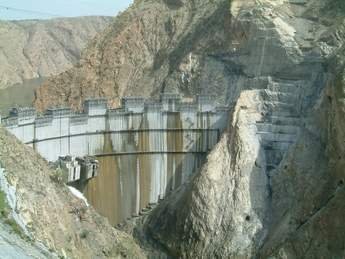 As a developing continent, Africa has long sought solutions to alleviate its economic and energy shortfalls. Developed nations have collectively provided financial assistance to the continent with the aim of promoting economic stability and expansion, while international humanitarian organisations have initiated an array of relief efforts seeking to improve living conditions for residents. Even so, Africa faces many economic and social challenges, including electrical blackouts, lack of reliable potable water supplies and relatively few job creation opportunities.

Despite that backdrop, one economic engine and source of reliable, renewable energy is increasingly emerging across the world’s second most populous continent. Hydro power, with its potential as a significant source of renewable energy, is gaining attention among African and world leaders. The reason: the current lack of access to electricity for many African residents is a serious problem and has a wide range of social and environmental consequences. Inhibiting commercial development and employment; the lack of ability to refrigerate food and medicine plus frequent blackouts are problems that, if corrected, would encourage the growth of commerce and industry.

Some African nations, including the Democratic Republic of the Congo, Ethiopia, Uganda and Zambia, have invested in hydro power projects and are highly dependent on this source to meet their energy needs. Others, such as South Africa and Egypt, derive very little of their energy from hydro power. But as Africa’s population continues to rise, hydro power is poised to play a bigger role in satisfying the continent’s growing energy needs, according to a 2006 report by the World Wildlife Fund (WWF) titled Meeting Africa’s Energy Needs: The Costs and Benefits of Hydropower.

‘In particular, Africa’s large hydro power potential appears an attractive option for meeting energy needs,’ the report states. ‘In many cases, hydro power dams are also promoted as being suitable for multi-purpose functions, such as flood control, and supplying water for irrigation and drinking water. Not surprisingly, hydro power has been receiving increased attention under a variety of initiatives.’

In Zambia, for instance, work is commencing for the 750MW Kafue Gorge Lower Independent Power Project, in part supported by the International Finance Corporation (IFC), a member of the World Bank Group. The Zambian government and ZESCO, the state power utility, are hoping the project will avert power shortages and increase output to serve the growing mining industry and improve the quality of life for Zambia’s rapidly growing population. MWH is providing technical and economic feasibility studies for the project, while also assisting in the selection of an independent power producer. The endeavor represents one of the country’s largest planned power projects, and is expected to be completed within six years. Once constructed it would contribute 25% of the country’s supply of electricity.

Total power demand in Zambia – now at about 1600MW – is anticipated to reach 2500MW in the next five to seven years.

Uganda is another African country pursuing hydro power as a solution to its energy needs. The country has a low rate of electrification with only about 5% of its population with access to electricity. The country’s demand has already outstripped the capacity of existing power generation facilities. To contribute towards alleviating this energy shortfall, MWH is providing owners with engineering services for the 250MW Bujagali hydroelectric power project on the Victoria Nile River in Uganda. The project broke ground in August 2007 and is scheduled to be completed in 2011. Once online, the plant is expected to double the nation’s energy capacity and provide much needed power that local officials anticipate will help facilitate economic growth.

‘The Bujagali hydro power project is an important element in Uganda’s strategy to develop a reliable and accessible electricity sector, which is critical for the country’s economic growth and development,’ Rashad Kaldany, IFC’s director of infrastructure, said in a statement announcing financing for the project. ‘IFC is pleased that work on the project has commenced. It is expected to reduce power shortages as well as CO2 emissions in Uganda, thus lessening the need for more expensive thermal power.’

While power authorities in the US have been relatively reluctant in recent years to invest heavily in new dams and hydro power projects – due to concerns related to passing regulatory muster – developing countries are making hydro power a priority. Despite the lower regulatory hurdles in some African nations, engineering firms and the local governmental officials leading these projects should make it a priority to import applicable regulations demanded in developed nations. Doing so will minimise the potential pitfalls historically associated with hydro, including environmental and social hazards. With those concerns in mind, it is important for engineering companies involved in hydro projects, either in Africa or elsewhere, to work honestly and openly with local officials and to have a keen understanding of industry best-practices. The Sustainability Guidelines and Assessment Protocol developed by the international-hydropower-association (iha) is a good example.

The trend toward the use of hydro power in developing nations should continue unabated for years to come. More than 70% of the economically feasible hydro power remains untapped in developing countries, where growth in electricity demand is booming. World energy consumption is expected to surge by 50% between 2005 and 2030, according to a 2008 report from the US Energy Information Administration. Growth in energy demand is particularly brisk among countries outside the Organisation for Economic Cooperation and Development (OECD). In non-OECD countries, a group that includes many African nations, total energy demand is projected to increase by 85% between 2005 and 2030, compared with a 19% jump among OECD countries.

African hydro power plants such as Kariba in the Kariba Gorge of the Zambezi River between Zambia and Zimbabwe, and Cahora Bassa on the Zambezi in Mozambique, have helped expand available electricity to urban and industrial areas, helping spur economic growth in these places. Countries with large hydro developments have also benefited through the export of electricity to other African nations, including South Africa, Nigeria and Egypt.

Large international banks and a handful of African governments are formulating plans to build a large hydro power project in the Democratic Republic of the Congo that may dwarf the output of any existing hydro facility. The African site is already home to Inga 1 and Inga 2 hydro plants. The new proposed hydro power project and dam, an US$80B project dubbed Grand Inga, is expected to double Africa’s electrical output if and when constructed. Executives with some of the world’s banks are pushing the proposed project, in large partly because of the renewable energy produced and project economics. Potential benefits could also include sale of carbon offset credits to industry in developed countries.

Critics argue, however, that large projects such as Grand Inga do little to address the needs of Africa’s poorest residents. Some contend the construction of large hydroelectric and dam projects are not likely to benefit the continent’s poor because the financial projections call for at least some of the electricity to be exported to existing industrial zones, where power shortages are common. This concern, along with potential population displacements connected to large dam projects, do have merit and must be addressed and alleviated by African leaders and participating engineers for these projects to be considered successful.

Currently, more than half a billion people in Africa still have no access to modern energy services, an issue especially pronounced in rural areas. Yet the combination of both large and small hydro power projects, along with other energy sources, could address this problem. The interest in small hydro power facilities has been growing, largely because policy makers see the value in adding decentralized sources of electricity that can generate energy 24 hours a day, while at the same time promote job creation. According to the WWF study, smaller scale hydro power has also shown promise, especially for rural electrification in integration with other renewable energy sources.

Hydro power has significant potential to meet Africa’s energy needs and is right now only partially being tapped, as just a small percentage of the available projects on the continent are now being developed. There has been a recent increase in new hydro power project construction in Africa, with more than 7500MW currently being built. The available hydroelectric energy production opportunities are far greater than that, as the economic feasibility of potential hydro projects in Africa amounts to about 850,000GWh per year. To put that in perspective, of all the world’s continents only Asia (4.5M GWh) and South America (1.5M GWh) have the potential for more hydroelectric power. There is no question Africa is poised to benefit through the increased adoption of hydro.

Norman A. Bishop is the Vice President of MWH Americas, Inc, and is the Hydro and Dams Market Sector Leader. www.mwhglobal.com