Newly formed company Rainpower has a wealth of hydro experience to its name. David Harwood explains what the company’s plans are for the future 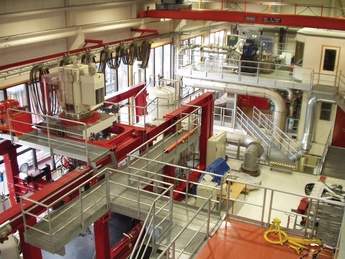 Rainpower is a new hydroelectric company, just over six months old, but with a hydro rich history. It began in 1853 in Norway when Kvaerner Brug was founded and started working in the hydro industry. In 1921 operations began with Sørumsund Verksted, who was also involved in hydro power projects and continued until 1955, when Kvaerner took over the business. The history of this union has resulted in approximately 80% of the Norwegian installed capacity, as well as many other projects around the world.

In 1958 Kvaerner had its first of several manufacturing agreements with GE and in 1999 Kvaerner Energy was sold to GE to become part of GE’s global hydro ambitions. In this capacity for the first years of this century its employees have been involved in some of the biggest hydro projects around the globe, including Three Gorges, Guri, Nathpa Jhakri, Cheongsong and many others.

Over time however, it became apparent that the hydro business did not form part of GE’s long term strategy and at the end of 2007 the Norwegian hydro assets were sold to a local company. The NLI Group completed the purchase on 4 November and this date marks the start of the new venture. Joining NLI, the company became part of a group, which already included small hydro, the previously purchased Kvaerner factory and a hydro service business. To this the ge-hydro interests were added, which include the large hydro turbine expertise, a dedicated model testing laboratory and a global reach with a network of partners. In this way Rainpower was born.

The people at Rainpower are passionate about the hydro industry, many of them have experience going back decades, which when coupled with the new engineers joining the company has lead to an interesting environment. No article on the company would be complete without a review of what has been achieved over the years, from the Kvaerner time and as GE’s technology centre for high head turbines. These people, now working at Rainpower, can count the following among their achievements.

They have been part of the one of the most comprehensive design and manufacture organisations for high head Francis turbines. Splitter blades, a Norwegian speciality, were introduced as early as the 1950 for high head runners in order to obtain better flow control at the runner inlet. They benefit from a wider efficiency curve and can operate with stability over a big load and head range.

The X-blade is considered a major breakthrough in Francis runner design for medium and low head machines. This was done by the people currently working at Rainpower. It gives stability over large flow and head ranges, has good cavitation resistance and low pressure pulsation levels. The X-blade patent was sold by Kvaerner and is now owned by GE. The next generation of this technology is being developed by some colleagues at Rainpower and after model testing will shortly be introduced to the market.

Rainpower personnel are also at the forefront of pump turbine technology. It is 45 years since Kvaerner commissioned the first reversible pump turbine in Scotland and the intervening years have seen a continual focus on the development of the hydraulic and mechanical design. Today, people working at Rainpower have been involved in more than 70 units, with a total output of well over 11,000MW.

The Pelton turbine, with its high efficiency over wide operating ranges and ability to work under high heads, has also been an important part of the company’s history. Since the mid 1960s, Rainpower’s people have been supplying high efficiency Pelton turbines worldwide. Their continuous effort to improve this technology has resulted in the supply runners for some of the highest heads in the world. In the last decade, they have delivered more than 80 of these. Combining experimental and computational fluid dynamics methods, along with state-of-the-art mechanical design tools, Rainpower’s research and development programme has been developed to help improve the performance of the Pelton turbines well into the future.

While these achievements have been special, it has been the ability of the design and engineering team to systematically turn out solid hydro designs at top end efficiency levels which allows the company’s employees to see their machines working all over the world.

This could not have been done without a dedicated laboratory in Trondheim. For many years this has carried out commercial model testing, model design and fabrication, geometrical measurements and field measurements. Situated close to the university it is able to draw on academic excellence as well as in-house expertise. This laboratory is fundamental for the expansion of the company’s design range and references.

Helping these efforts Rainpower has a strong service department with 30 employees. Currently focusing on the Norwegian market this organisation undertakes refurbishment, modification, trouble shooting, commissioning and installation of hydro power products. As part of the new company’s strategy however they are taking on a more global role. Some of the projects currently active are:

• Rehabilitation, dismantling and installation of a Pelton runner.

• Replacement of a penstock rupture valve including control and communication equipment.

Large turbine design, manufacturing and installation is at the core of the business. It has recently been complemented by the addition of small hydro, enabling the company to look at the whole market. Rainpower is now investigating a wider range of business models including EPC and BOT.

As a base Rainpower has its own factory at Sørumsund supporting the Norwegian and other niche business. This factory employs around 130 people but the capacity is currently being increased and new machinery installed.

To complement this, the company continues to increase its involvement in China. Due to the general cost awareness of the hydro market, it has always been clear that a low cost manufacturing platform is needed. Several possible markets have been evaluated and it is clear that China offers the best option at present. There is a good availability of material, many new workshops with good equipment, a high number of qualified people and all at competitive prices.

As part of the supply strategy, Rainpower has established a joint venture office, Hangzhou Rainpower, in Hangzhou, China. The office consists of a sourcing team with supplier development, buyers and QA-inspectors. In addition, the office has a large engineering team that will be responsible for all the detailed design related to the local supply and also responsible for product development and concept design on several products lines. To meet Rainpower’s core values this operation will be directly under Norwegian management and several of the Norwegian staff will be based there. The office opened in August 2008 and it is planned to have about 50 people by the end of 2009.

A similar process is happening in Eastern Europe. In this case the company does not intend to open local offices, but will fully support and develop the operations from the head office in Norway.

These three options gives the company the ideal base for the initial phase of growth at Rainpower, but over time the strategy is to develop other suppliers, which best complement its operations.

Starting with a modest heritage of projects from GE the emphasis has been on developing a solid bid pipeline and establishing itself as a key player.

The company has strengthened its participation in the Norwegian domestic market, achieved a good initial penetration in Switzerland and is developing bids and markets in other European countries. In addition to this it has on-going work in Indonesia and a full EPC project, shortly to be signed, in Angola.

Below is a brief description of some of the work currently underway.

In June of this year the company was awarded a project in Switzerland. This job is for the upgrade of four Pelton units at 41MW each. The scope includes the model test and the upgrade of injectors, horizontal generators, spherical valves, governors, cooling water systems etc. The horizontal design makes the upgrade a challenge and the platform for winning this bid was built upon the solution for another power station, which has a similar configuration. Rainpower’s proposal was considered the best technical solution. Starting now, this project will be completed in 2011.

Rainpower signed a contract with a Norwegian client in November 2007 for delivery of an additional new Francis unit of 250MW with a head of 560m. The contract includes turbine, main inlet valve, governor, installation and commissioning. This new unit will be running in 2011.

Subsequently in June 2008, at the same power station, an additional contract was awarded for a new Francis runner to upgrade the first unit that was originally put into operation in 1993. This is a 350MW machine and the new runner will be available in 2012.

Also in Norway it was awarded the contract to upgrade four Francis units (two units from 44MW to 57MW, with a head of 395m and two units from 49MW to 53MW and a head of 355m). The scope includes new turbines, main inlet valves, governors and installation and commissioning. Concrete embedded parts like the spiral case and draftube will be kept. The delivery date for the first unit is in 2009, with one unit being delivered each year until 2012.

Another project award is located in Indonesia. This is a small complete electromechanical package consisting of two horizontal Francis units with an output of 3.5MW and 6.5MW at a head of 167m. This is due for completion in 2009.

In Angola it is also finalising negotiation on a 6MW EPC project, including full electromechanical scope, all civil engineering works and the construction of a 17km transmission line to the closest town. The contract will soon be signed and is a concrete demonstration of the company’s desire to develop the wider scope of work.