Ken Adams has been re-appointed as President of the International Hydropower Association for a second term. Here he speaks to IWP&DC about his achievements and hopes for the future. 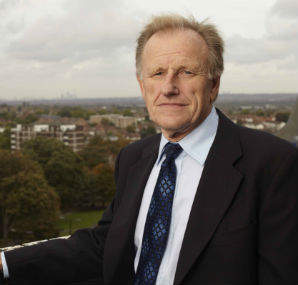 For those who are new to the sector or may not be familiar with your work, can you tell us a bit more about the International Hydropower Association (IHA) and your role in the organisation?

We are a worldwide network of members and partners working to share good practices and advance sustainable hydropower. We work with businesses, governments, international organisations and NGOs to address the challenges faced by the hydropower sector.

IHA is governed by a board which is elected by its membership. Our board includes experts with high-level experience, representing hydropower development in every region of the world. I was elected as an IHA board member in 2005, and as president in 2013. In September, I was re-appointed as president, and will continue to take a leading role in IHA’s governance over the next two years.

How does it feel to be re-appointed IHA president for a second term?

Being president of a vast network like IHA is a big responsibility, but this is really a collective effort. Our board members have all made very significant contributions, both in their own areas and organisations as well as to IHA. We have a strong, enthusiastic and hard-working team based in London which really carries the bulk of the work. So I feel very thankful for the support of all my colleagues and am looking forward to continuing my work with them.

It’s a time of exciting transition and growth for the hydropower sector, and we are working towards some very ambitious goals for 2020.

What have been IHA’s greatest achievements over the last two years?

We have seen the continued spread in use of the Hydropower Sustainability Assessment Protocol. This is leading to increased understanding of the sustainability concepts that underpin this tool – so we are seeing greater awareness of the need for hydropower projects to be developed sustainably.

I think that we have vastly improved on the quality of our communications, including our publications, digital content and social media presence. We can also take a lot of pride in the 2015 World Hydropower Congress, our flagship event for decision-makers and experts which brought together 1000 high-level delegates from more than 60 countries to discuss the future of hydropower in Beijing in May.

We have also made significant progress on the G-Res tool, a screening tool for estimating the net greenhouse gas emissions of freshwater reservoirs, which IHA is developing in collaboration with Unesco. A prototype of the tool was launched earlier this year, and now we are working with stakeholders and experts to refine it further.

Which achievements do you want to build on and bring forward over the next two years?

As our organisation matures, there is an opportunity to improve its visibility across the world, and I think we need to continue to broaden our membership base. Our board members will take an active role in representing and promoting our organisation throughout the world.

I’d also like to see broader understanding and acceptance of sustainability concepts in the hydropower community, and the increased use of the Hydropower Sustainability Assessment Protocol which demonstrates them.

More generally, we want to increase our support for members. We are currently consulting with our membership through surveys to enable us to build our work around what the hydropower community wants us to do.

We have already begun preparations for the 2017 World Hydropower Congress, and as a part of that we are aiming to extend the breadth and depth of our knowledge-building work, building on what we achieved in Beijing. We are increasingly going to use the information we gain through monitoring the sector and talking to our members to bring forward insights on a range of issues that are crucial to the hydropower community.

You’ve spoken about hydropower being in a period of "transition and growth". What does this entail and how can IHA hope to support the industry through this?

In 2014, 37.4GW of new hydropower capacity was installed, bringing the global total to 1036GW (including pumped storage). Some energy scenarios predict that hydropower capacity will double to reach 2050GW by the year 2050, so we are likely to see very significant growth over the next 35 years, provided that policy environments are supportive of hydropower and other renewable technologies.

Hydropower is increasingly recognised as a viable, useful and sustainable approach to dealing with energy requirements in the context of climate change – this is very different from how things were around 15 years ago, maybe even less than that. As an energy storage technology, and because of the speed at which stations can bring power online, hydropower can enable the greater penetration of other renewable technologies with more variable supply.

The vast majority of developers now fully understand that, when you develop a hydropower project, it’s much more than just an energy project. You’re changing the landscape, the environment, and even the social dynamic in the project area. Developers need to take all of these factors into careful consideration to ensure sustainable outcomes, and that is far more likely to happen now than it was in the past.

IHA can support the industry by continuing to promote this concept of doing it well – of developing our projects sustainably. We can continue to represent the industry at international events and negotiations where major policy decisions are being discussed and made, so that policies are made in the light of people’s real experiences, knowledge and expertise, as opposed to people’s perceptions and assumptions.

How have your professional experiences in the hydropower industry helped you in the role of president over your past term?

I have been around the industry for 50 years, and in that period I’ve seen tremendous changes in our approaches. When I first started, the need for power was paramount and all other interests became secondary to that. But I’ve seen the hydropower industry evolve to adopt far more sophisticated and sustainable approaches to development, and now we take into account all sorts of other considerations and interests.

So I can bring this experience to the table, and many of my colleagues have been through comparable experiences, and we pool it all together. We have had a lot of practical hands-on experience over a long period of time – I’m talking about both myself and other members of the IHA board. We know what should be done, so we’re in a good position to promote it.
I do remember a time when you decided to build a project, and you go ahead and build it and the whole thing might take five years. Today you’re talking 15 years – it still only takes five years to build, but it takes ten years to get to the point where you can start to build it. So I bring that experience, and the patience that it forces you to develop, to IHA. But I’m not alone in that experience, obviously. Any successes that I might have had are really the successes of the organisation as a whole.

Ken Adams is the president of IHA. He graduated as a civil engineer from the University of London in the UK, and after working for several years in the UK and New Zealand, moved to Canada where he has spent almost 50 years in the electricity industry. His last position at Manitoba Hydro was senior vice president for power supply. In this role he was responsible for all aspects of the planning, construction, operations and marketing of a hydro system of over 5000MW and its associated HVDC transmission system.
Ken is currently active as a consultant as the Principal of Ken Adams and Associates. He was elected as an IHA Board member in 2005 and then as a vice president in 2007. He was re-selected as a vice president in 2009 and 2011, and selected as president in 2013. He was re-appointed president in September 2015.