Big data and IT are set to boost services to nuclear projects and asset management through ‘BIM’ in UK. Patrick Reynolds reports on the strategies being employed to support this innovative approach to plant design. 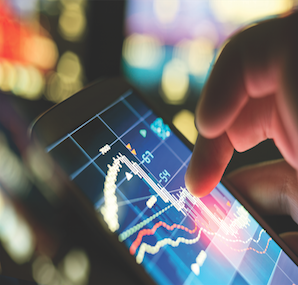 In September, the latest and most thorough briefings took place on preparations for the widespread adoption of building information modelling (BIM) into the nuclear sector in the UK. Following the briefings and consultations directly involved, the ‘BIM-in-Nuclear’ strategy for the UK is to be consolidated.

One of the key leaders of the briefings is Philip Isgar, who started his early career in the nuclear industry, consults on project management through his business Sunbeam Management Solutions Ltd, and is nuclear sector-lead in the joint government-general industry initiative, BIM Task Group.

Isgar is closely engaged the ‘high level strategy’ through his passion for both the sector and the potential for BIM. He tells NEI the aim is to develop “realistic and logical ways” of aligning BIM with the nuclear industry.

Born of a powerful jump in computing power for processing and storage, and greater ubiquity in general use of IT and connectivity, BIM is a focus for bringing those capabilities together with big data for an industry.

The aims are to win benefits in the short- and long-term. In the short-term it can help to improve efficiencies in project development, aiming to better coordinate through integrated, common data models to develop designs and then build. The anticipated results would be benefits in terms of speed and cost – projects costing less and being built faster. Then, in the longer term, the amassed data would ideally help to improve operation and maintenance and hence whole- lifecycle economics.

Consequently, BIM offers the option to pursue a step change in information management, and hence information strategy, for project development and also management of both new and exiting assets in a sector, such as nuclear.

BIM, therefore, has the potential to affect all players through supply chains. As such, and depending on where they are placed in the supply chains and their relative engagement with the new approach so far, the possibilities afforded by BIM can end up being pursued in different ways, with differing scopes and aims, schedules and resources – funding, people and supplier software to fit the elected strategy.

All depends in the BIM vision, and perhaps especially so with clients at the head of the supply chain, such as owner-developers

While the vision for BIM in the nuclear sector in the UK is still being advanced and refined, it must be noted that it is still relatively new to the wider infrastructure and energy sectors. BIM had made early inroads with the building sector. Some larger civil engineering transport schemes have been taking up the mantle of client leadership on BIM, such as the multi-billion pound Crossrail project, now in the final stages of construction below the heart of London, and the High-Speed 2 rail link which is in planning and design.

Employing BIM, the aim is to design and build virtually first, in a single focused model, drawing on the contributions of all and in ways that will highlight and resolve technical clashes and inefficiencies. Then the asset can be made real – built. BIM, therefore, is about more upfront effort but its employment and management of data runs then in to the operational phase.

To be effective, therefore, BIM demands a culture of even greater cooperation and collaboration. While IT is coming into greater play for asset development and management, it is still – and perhaps more especially – the soft skills of team working within and between organisations, and through the chain, that can leverage the benefits to projects, assets and all involved. Relationships are key, calling for more effective connectivity between people, not just computers.

As BIM concepts and systems are introduced, people and companies are at different starting points with differing experience. Bottom line, therefore, at the outset at least, is that BIM often means many things to different people. The question then is how to make it clear and comprehensible, and practical, for a sector, such as nuclear?

To do so, for almost three years an initiative has been underway to bring into focus the BIM vision for the nuclear industry in the UK.

The wider vision for BIM for general industry in the UK was outlined by the Government in 2012, including increasing stages of data integration and coordination, called Levels (1,2 and 3) – see box panel (Levels in BIM).

A target date of 2016 was set for centrally funded government departments to procure all of their new-build works using BIM to at least to Level 2. The aim of the Government’s four-year strategy for BIM implementation was to change both the dynamics and behaviours of the construction supply chain.

Through those efforts, so far the early adopters in other, non-nuclear industries, have seen savings of up to 20% in capital costs. The savings are being found through greater focus on two key areas of upfront activity on projects – scope and early design; and supply chain engagement with the design.

But, taking the perspective of enterprise lifecycle management, a further area for gains comes from keeping hold, and ensuring the continuity, of knowledge related to an asset from development through to decommissioning. Traditionally, time as well as the handover points at each stage have been junctures where a portion of information is lost, and the effect is cumulative, not least affecting efficiencies and cost.

The BIM Task Group says BIM is, fundamentally, about adopting information- rich technologies, processes and the incumbent collaborative behaviours, and so boosting efficiencies throughout the whole lifecycle of an asset developed and operated for a client, state or private.

Efforts to introduce and coordinate changes, rapidly, can be complex to execute as they affect people and practises as well as technologies and processes. Bringing in BIM is no small undertaking despite the potential benefits to be gained. The involvement, therefore, of the Government in the initiative has been important: it has been playing a catalytic role.

The key efforts to align the potential of BIM to the UK nuclear sector were launched in 2013, including its potential to bring benefits to both project development and lifecycle asset management. The work for the sector has been jointly led by the BIM Task Group, through Isgar, in cooperation with the National Nuclear Laboratory Ltd (NNL).

Isgar says that with the general and nuclear BIM initiatives, and also the Government’s Construction 2025 strategy (issued in 2013, updated in 2015, and being further updated), the Government is linking together a number of areas of guidance. The aim, he says, is to create a “strategic point of view” to realise the potential benefits of BIM for the nuclear and other sectors.

The BIM Task Group and NNL began the work through a structured Discovery Phase. Over the last three years, the findings so far have identified “several areas where progress in BIM strategy is already occurring in the nuclear sector,” says ‘Building Information Modelling & Data Management – Nuclear Strategy’, the briefing document on the progress so far.

The latest document (Version 10) was a key platform for the presentations in September, held in Warrington and Bristol, respectively, and the accompanying consultation with industry. Howarth says its proposals “provide a solid foundation” to further develop the strategy for BIM in the nuclear sector.

The Discovery Phase findings, on where BIM-in-Nuclear sits at present, say the key organisations in the development and implementation of BIM are the Site License Companies (SLCs), including prospective SLCs.

The study findings also note that, driven by competition, the supply chain players are also “heavily engaged in developing their own BIM strategies”. All of this “bodes well for the future,” reports the briefing document.

In summary, key activities on BIM among the players include:

Following the September briefing to the nuclear industry, the team of the BIM Task Group and NNL will update the information available and details on plans.