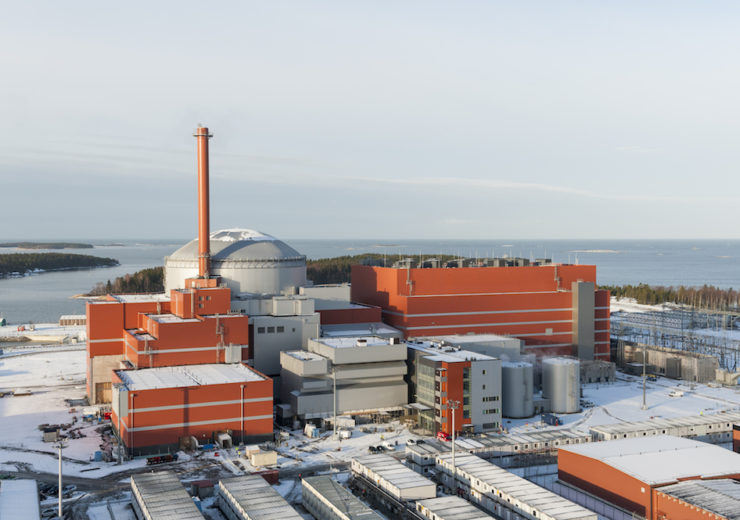 It is extraordinary to think that the initial schedule for the 1600 MWe Olkiluoto 3 pressurised water reactor in Finland – the world’s lead EPR project, so very much a first-of-a-kind undertaking – envisaged a mere four years to get from first concrete (2005) to fuel loading, originally expected in 2009.

Fuel loading is now expected in 2020. According to a schedule provided by the plant vendors (Areva-Siemens consortium) in July 2019 fuel loading was planned for January 2020, grid connection April 2020 and start of regular electricity production was expected in July 2020.

The project is now running about six weeks behind this schedule and the plant owner/operator TVO was expecting to receive in December 2019 an “overall rebaseline schedule for the final phases of the project”, with “final verification of the mechanical, electrical and the I&C systems” needing “to be done carefully and with high quality.”

TVO is also fond of pointing out that “the OL3 plant supplier consortium is constructing the plant under a fixed-price turnkey contract” and that “the supplier consortium companies, Areva GmbH, Areva NP SAS and Siemens AG, have joint and several liability for the contractual obligations until the end of the guarantee period of the plant.”

In the event, the distinction of being the first EPR plant to enter operation went to Taishan in China, where unit 1 entered commercial operation in December 2018 and unit 2 in September 2019.

Construction started in 2007 and the plant was originally scheduled to go commercial in 2013, supposedly benefitting from lessons learned from the first-of-a-kind Olkiluoto 3, and also from EDF taking on the role of its own main contractor, replacing Areva.

Things have not quite turned out as hoped. The latest delay and cost hike has resulted from the need to repair/rework containment penetration welds, considered not compliant with what EDF calls the “break preclusion principle.”

The idea is that these containment penetration welds must achieve a quality “going beyond the nuclear pressure equipment regulations” so that rupture of this piping is so unlikely it can be essentially ruled out, such that “the consequences of rupture of this piping do not need to be completely studied for the plant safety case.”

EDF was asked to repair the eight containment welds by the French nuclear safety regulator (ASN) in a letter of 19 June 2019 and it came up with three possible repair methods, which have been assessed by ASN.

The approach preferred by EDF is the use of robotics to conduct high-precision operations inside the piping concerned.

This technology has been developed for nuclear power plants in operation, says EDF, and can be qualified for the penetration weld rework. The aim is to qualify this repair technique and have it validated by ASN by the end of 2020, at which point EDF would be able to initiate the repair works.

A second repair option, “based on extraction and realignment works in the safeguard auxiliary buildings”, is kept at this stage “as a fall-back solution”, says EDF.

Based on this penetration weld repair strategy, the EDF board of directors approved continuation of Flamanville EPR construction at a meeting held on 8 October 2019.

The provisional schedule for implementation of the preferred, robotic, penetration weld repair scenario, “if the target for validation by the ASN is complied with”, says EDF, results in the fuel loading date slippage to end 2022, and the 1.5 billion euro addition to construction costs.

Hinkley Point C:  power for Christmas, but which Christmas?

Meanwhile, at the twin-unit Hinkley Point C EPR in the UK – which former EDF UK CEO Vincent Rivaz once said would be providing the power to cook Christmas dinners in 2017 – the current expectation is that the first unit will generate power at the end of 2025.

The project completion cost is now put at between £21.5bn and £22.5bn, an increase of £1.9bn to 2.9bn compared with the previous estimate, and more than double the original cost estimate of £10bn.

But thankfully, under the terms of the UK’s contract for difference regime, “there is no impact for UK consumers or taxpayers”, while EDF’s project rate of return for Hinkley Point C (IRR) is now estimated to be between 7.6% and 7.8%.

According to EDF, “the cost increases reflect challenging ground conditions which made earthworks more expensive than anticipated, revised action plan targets and extra costs needed to implement the completed functional design, which has been adapted for a first-of-a-kind application in the UK context.”

More positively, Hinkley Point C unit 1 successfully achieved what EDF calls J-0, completion of the nuclear island “common raft”, in June 2019, in line with a schedule announced in September 2016, and the J-0 milestone is expected to be achieved for unit 2 in June 2020.