How and why females are being encouraged into the engineering sector

Engineering and development consultant SMEC shares why, when and how it recruits and retains females into the engineering workforce 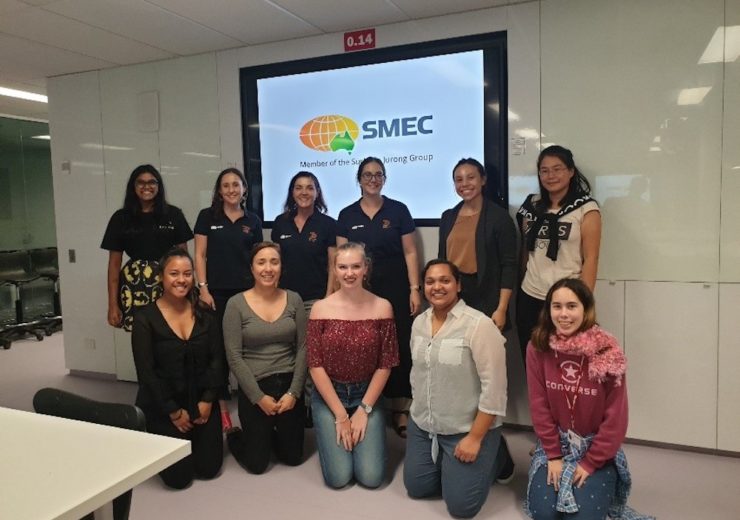 A mentoring programme was piloted at Griffith University in Australia

Gender diversity and the recruitment of women into engineering is an important consideration for the power and water industry. Here, engineering and development consultant SMEC shares why, when and how it recruits and retains females into the engineering workforce.

When it comes to gender diversity in engineering, both the underrepresentation of females and the importance of a more gender-equal profession has been widely acknowledged by the industry.

“According to recent statistics, women currently make up approximately 17% of Australian engineering university students. Overall however they still make up less than 14% of the engineering workforce,” says Karina Thiele, an experienced engineer at SMEC. “Another area of concern is that only 46% of female engineering graduates are working in the engineering sector. This is compared to 58% of men.”

Amy Smith, a graduate engineer in SMEC’s water infrastructure team, added that a diverse workforce had been identified as leading to a more balanced and productive workplace.

“It is reflective of the real world.  We wanted to take a holistic approach in looking at the concerns and challenges encountered by females of different ages and at different stages in life, from school-age children to experienced female engineers.”

Based on their experiences as well as data gathered from SMEC-led programmes they have helped to deliver over the past two years, Smith and Thiele have developed a research paper titled: Diversity in the Workplace – Promoting Female Participation and Retention in the Engineering Field for the Australian Water Association’s Young Water Professionals conference.

“We focused on what kind of support and improvements could be achieved during school and university studies, and how we can improve the retention of women already in the industry,” explains Thiele.

“When it comes to school-aged children, very few girls express a strong desire to study engineering at university. School-aged females are already developing ideas about future career paths, and they are heavily influenced by the career paths of the females who are involved in their own day-to-day lives,” says Smith.

“I believe the end goal must be to expose young females to the engineering sector before they cultivate a preferred career path or learn a perceived gender bias.”

These drivers led a group of female engineers and scientists at SMEC to design and deliver an education programme called Girls in Science at Somerville House and a State High School in Queensland, Australia.

The programme produced impressive results, with an overall 86% increase in the students’ understanding of what engineers and scientists do, along with a 32% increase in students who thought engineering and science were cool.

Support through each stage of education

Based on the success of the school programme, the team expanded their efforts to target a new, and critical audience: university students.

“Just as we engage school-aged children who have not yet chosen their careers, it’s equally important to support females who have already chosen to study engineering,” Smith explains. “This helps to ensure they continue and complete their degrees and enter the industry after graduation.”

Smith and her colleagues partnered with Griffith University in Queensland, Australia, to pilot a mentoring program from May to November 2019 for seven undergraduate and postgraduate female students.

“Each student was carefully paired with a SMEC mentor. Much of the success of a mentoring programme depends on the relationship between mentor and mentee, so we put effort into ensuring we matched the students with someone who could best set them up for success,” she said.

The pairs met at least once per month, and in addition to individual meetings, two group workshops were held at the SMEC Brisbane office, covering topics such as how to write a cover letter, interviews and networking.

A unique aspect of the workshops is that they were run by graduate engineers, with support from senior colleagues. Students expressed that they enjoyed hearing from both graduates and experienced professionals to get an idea of what a school to work transition is like, and what to expect in the workforce.

“The most meaningful part of helping to lead this program was seeing the students’ change in confidence from the first to the last workshop,” says Smith. “It can be daunting to transition from university to the corporate world, and if we can make that transition a little easier for the next generation of female STEM superstars, then it’s a success. We plan to run the mentoring program again in 2020 and hope to expand the programme to more universities in the future.”

Thiele says it is naive to assume that merely encouraging more females to enter the engineering sector will fix the issue of underrepresentation.

“Unless you also address the issues with the retention of female engineers within technical roles and the sector overall, the act of pushing more females into the industry is a band-aid solution likely to fail.

We therefore also chose to focus on ‘the when’ and ‘the why’ women leave the sector and what changes can be made to stem the flow,” she said.

While acknowledging the importance of mentoring at every stage of a female’s career, not just at graduate level, Thiele acknowledges that as career goals change, the process of identifying a mentor can be difficult.

“A potential solution we trialled is a bi-annual ‘Skills and Scones’ event. The event is structured to introduce the females within a different team each time, to the other females in the office. The reasoning behind this event is to create strong bonds between female employees located in the same office and help them make connections and seek mentors.”

Thiele says these events are also an opportunity for teams to ‘sell’ their skills and accolades to other teams, who may then be able to bring these details up in networking and client meetings. “A well-connected community makes good business sense, as supported people are eager to support others.”

To effectively retain females in the sector, the focus should not be solely on any one company. The role of industry organisations is also paramount to ensuring retention. Throughout an engineer’s career, they are likely to work for multiple employers, and as such the role of industry associations and their continued support during career moves is paramount. In turn, it is also vital for current females to be involved in the industry conversation on issues that matter, and to feel that their voices are heard.

Sharing learnings with the industry

Reflecting on their experiences, Smith and Thiele concluded that individuals are motivated to take action to identify problems and solutions associated with the underrepresentation of females in the engineering sector – they just need a supporting structure.

“Once a structure was developed to tackle identified issues, the team increased SMEC’s involvement with schools, universities and industry associations,” says Thiele.

She adds that the role of an employer in supporting individual action cannot be overlooked and offers suggestions for securing organizational support.

“We found it was important to ensure that the proposed activities were aligned with SMEC’s values and that we had champions of change in team leader and management roles.  At an operational level, liaising with our People & Culture and Marketing departments was also key to success.”