EV charging can't just be done in driveways and workplaces, with these new technologies potentially opening up new locations 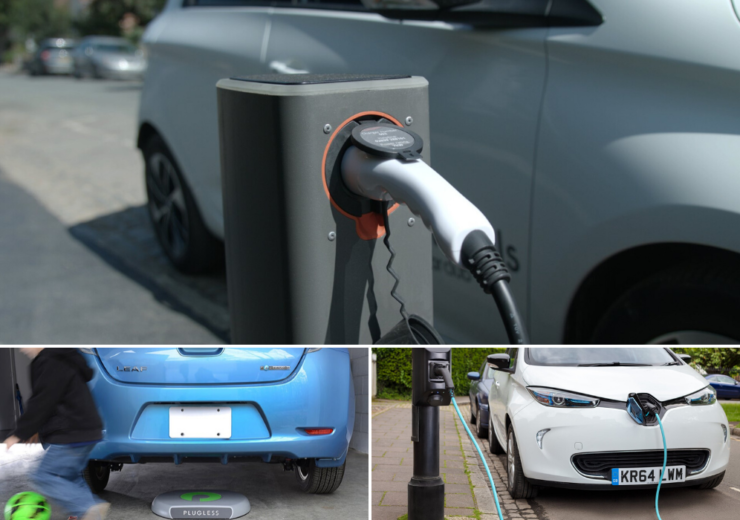 The dawn of the electric vehicle is almost upon us but if the so-called green transport revolution is going to truly take hold, new charging innovations will be needed.

By 2030, the IEA estimates there will be 250 million EVs on the world’s roads, with an average of 44 million sold each year.

Such forecasts are backed by the steady growth already witnessed in recent years – EV stock grew from fewer than 500,000 in 2013 to more than five million in 2018 – and growing investment from the automotive industry in manufacturing zero-emission cars.

But there’s a general acceptance that for EVs to overtake petrol and diesel to become the new norm, more charging points will be needed to remove the “range anxiety” many drivers fear due to limited battery life and lengthy recharging times.

At the moment, chargers are mainly installed at homes with off-road parking, office car parks and in some public streets.

Yet a significant amount of vehicles don’t have much access to these locations – prompting Jillian Anable, a university professor specialising in energy and transport who is part of the UK-government-backed Electric Vehicle Energy Taskforce, to say more electric vehicle charging innovation is required.

“There’s a wide range of estimates for what proportion of cars are actually parked off-street overnight and some EV uptake estimates are linked to these numbers,” she told NS Business.

“We need to get a grip on that. Even homes with a driveway might only have space for one car but the household could have two cars, so what are they going to do – get up in the middle of the night to swap the cars over?

“It’s a space where the most innovation has to happen but it will also involve lots of infrastructure challenges.”

Here we take a look at some of the innovation already taking place.

Electricity is transferred through an air gap from one magnetic coil in the charger – hidden underneath the road surface – to a second magnetic coil fitted to the underside of a car.

Drivers just need to park their car in a position where the coils are aligned for charging to begin.

But rather than being able to lift a few millimetres off the charging station like with phones, a car can be positioned several inches away and still charge.

Wireless charging at taxi ranks is being trialled in the UK city of Nottingham as part of a £3.4m ($4.4m) government trial.

It’s hoped the technology could enable taxi drivers to recharge more easily and minimise street clutter caused by charging devices, and could later be rolled out for broader public use.

Another innovation that could reduce street clutter is pop-up EV chargers, which rise out of the pavement when activated remotely using a smartphone app.

London-based EV charging company Urban Electric Networks has developed the UEone on-street devices, which retract into the ground when not in use like bollards.

Six pop-up chargers, offering fast charging measuring up to seven kilowatts (kW), were installed in Oxford in November 2019 as part of a trial and the company plans to begin commercial production in 2021.

It claims they will be zero cost to councils for supply, installation, operation and maintenance. Installations will be in clusters rather than individual charge points to limit the amount of pavements that need to be dug up to fit them.

They’re a fixture of just about any community that has an internet connection, and roadside street cabinets could play a big part in the EV revolution.

The telecoms infrastructure, which provide a link between a local public telephone exchange and individual properties to enable phone calls and broadband services, can be adapted into kerbside charging points.

It says each device can supply two vehicles with enough power in one hour for a range of between 50km and 75km.

And last year, UK-based Virgin Media and its parent company Liberty Global announced they would use their 170,000km network of underground cable ducts and 40,000 street cabinets to install 1,200 chargers.

In Europe alone, there are an estimated 90 million lamp-posts but most are an under-used resource.

One of the companies already working on retrofitting street infrastructure with EV chargers is Char.gy, which has received UK government funding to install the plug-in points in London.

The company, which also fits satellite bollards with smart charging, says a standard lamp-post is connected to a 25 amp supply and if it uses LED bulbs, it will have 24 amps of excess supply that can be used to charge cars – providing about 20 miles of driving for every hour of charging.

It says the installation costs about £1,000 per device, with car owners charged at 33p per kilowatt-hour (kWh) on pay-as-you-go rates.

Siemens has also led a project to develop an “electric avenue”, in which 24 lamp-posts along a half-mile stretch in Maida Vale, north-west London, have been converted into charging units.

Given that so-called fast chargers can take up to four hours to fully charge a car, one of the sticking points for mass EV adoption is the lengthy waiting times compared to filling up a tank with petrol or diesel.

Even rapid chargers, which are being installed more regularly in locations such as motorways, can take up to half an hour, leaving plenty of room for improvement.

But scientists at Penn State University in the US have developed a lithium-ion battery they claim will be able to charge an EV in just 10 minutes.

Penn State’s technology works on a premise of a “self-heating” battery that can quickly heat and then cool itself to enable optimum charging conditions.

While many electric vehicle charging innovations require cars to be parked, a pilot in Sweden has explored the possibility of charging on the go with electrified roads.

The team behind the state-funded eRoadArlanda project in Sweden installed electric rails embedded within the tarmac of a 1.25-mile road network near Stockholm.

A moveable arm attached to a vehicle detects the electrical rail’s location in the road and is automatically charged while travelling above it.

It works in a similar way to trams, which are powered by an overhead line, but instead via conductive feeds from the road below. Charging stops when the vehicle is overtaking or coming to a halt.