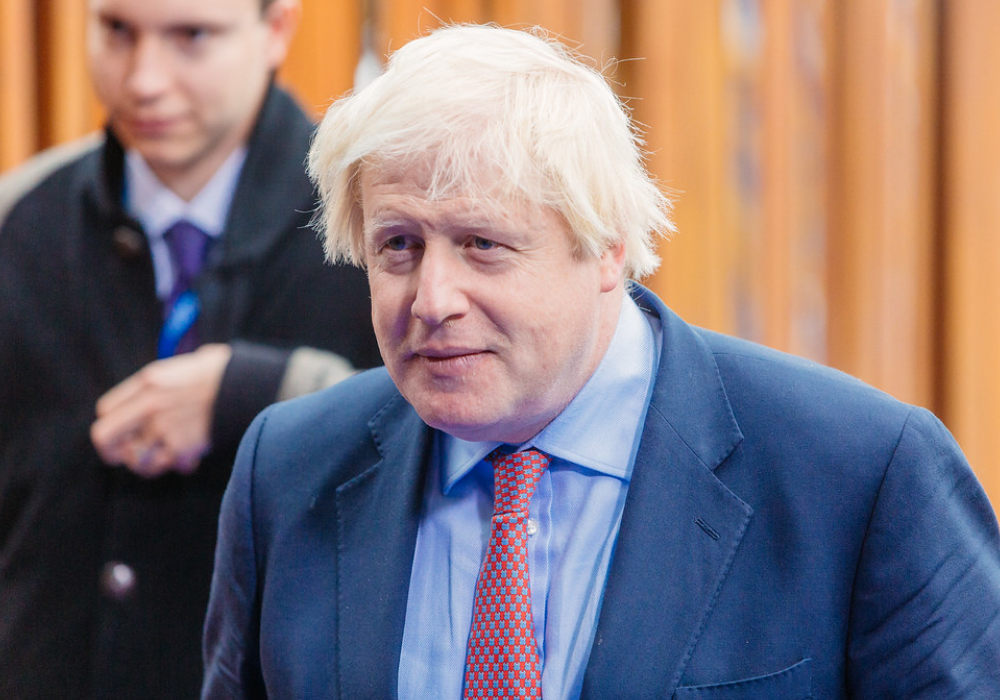 The manifesto outlines the Tories’ plans for reducing Britain’s carbon emissions to nil by investing in clean energy solutions and green infrastructure.

Unveiling his election pledges in the West Midlands yesterday, Johnson said he wanted businesses to take the lead in decarbonisation.

He said he wanted to create “a Britain that is able to lead the world – as we do – in tackling climate change and to reduce our CO2 to net zero by 2050”.

In June, the UK became the first country to commit to bringing all greenhouse gas emissions to net zero by 2050.

The Tory manifesto says it will “lead the global fight against climate change” and deliver on the net-zero target by 2050.

The party claims to have already doubled International Climate Finance – although not giving any figures to back this up – and says it will use the country’s position in hosting the UN Climate Change Summit in Glasgow next year to ask global partners to match this ambition.

Speaking at the launch of the manifesto in Telford, Johnson said the Conservatives’ plan was to pursue an “unashamedly pro-business decarbonisation strategy”.

He added: “This is not because we hate capitalism and want to destroy it, and want pointlessly to make an enemy of enterprise – but because the private sector makes the brilliant technical breakthroughs that enable us to cut CO2.”

The manifesto also says the party believes “the North Sea oil and gas industry has a long future ahead” and knows the sector has a “key role to play as we move to a net-zero economy”.

It adds that it will support this transition with a “transformational” sector deal.

The manifesto says it will “set up new international partnerships to tackle deforestation and protect vital landscapes and wildlife corridors”.

It says it will extend the Blue Belt programme, which aims to preserve the maritime environment, as well as continue to lead diplomatic efforts to protect 30% of the world’s oceans by 2030.

The Conservatives’ manifesto says that, in its first budget, it will prioritise the environment by investing in R&D, decarbonisation schemes, new flood defences that will receive £4bn ($5.15bn) in new funding over the coming years, clean energy and electric vehicle infrastructure – including a national plug-in network and gigafactory.

On becoming prime minister, Johnson laid out his vision for the UK to become the home of electric vehicles.

At the manifesto launch, he said: “It is an incredible thing that here once again, in the West Midlands, a new industrial revolution is taking place.

“Not by burning coal, not by emitting CO2, but thanks to British ingenuity we can make electrons swoosh so efficiently from anode to the cathode, or possibly vice-versa.

“That after decades of trying, we can make electric cars and electric buses – and it won’t be long before we will be making electric or part-electric planes.”

Over the next decade, the Conservatives plan to work with the energy industry to deliver two million new “high-quality” jobs in clean growth.

To do this, it has set out these targets:

Energy UK’s policy director Audrey Gallacher believes it is positive to see the political parties looking to tackle climate change and decarbonise the economy in their manifestos.

She said: “With the net-zero target now in place, it will be imperative that the next government urgently backs up ambitions and pledges with action and policies to enable what will be a transformation of an unprecedented scale.

“So we need a concerted consistent approach right across government where all new policies – as we stressed in our manifesto – should be subject to a ‘net-zero test’ to ensure they support this drive – and where existing policies that undermine it are quickly changed.

“Our sector has led the way in reducing carbon emissions in this country and is ready to work with the next government in order to play a pivotal part in decarbonising heating and transport as well as continuing the transition to a low-carbon generation mix.”

She said: “Our planet is getting oven-ready thanks to the climate emergency, but the Conservative policies to tackle it are on the half-baked side.

“This manifesto offers a sprinkling of promising commitments for climate and nature but not the radical action needed to set us on track for net zero and fundamentally reverse the decline of our natural world.”

Newsom did applaud the party for “recognising the seriousness of the challenge” by proposing some climate commitments.

These include improving public transport, leading diplomatic efforts to protect 30% of global oceans by 2030, reforming agriculture, expanding offshore wind and taking more steps to clamp down on plastic pollution.

“But the party still insists on supporting polluting and destructive infrastructure that we cannot afford if we are to have a healthy and safe future, as the emphasis on road building, Heathrow and the North Sea oil and gas make clear,” she added.

“That’s why it’s more important than ever that the prime minister puts them through the test of a leaders’ TV debate on climate and nature.”