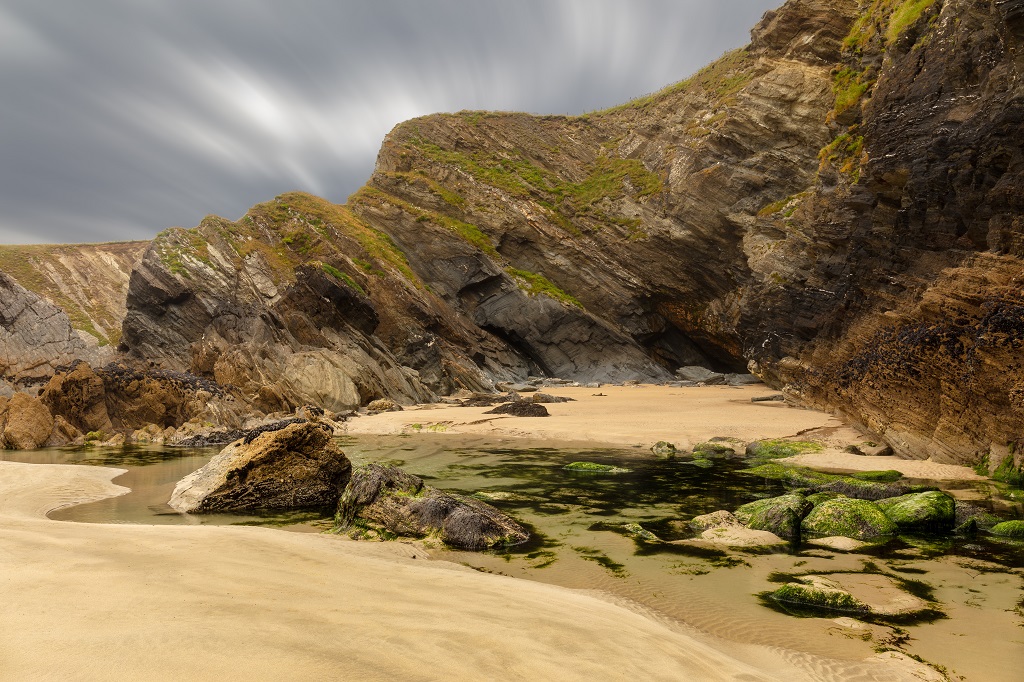 Geological mapping is vital to the mining industry, but before any mineral exploration project can get under way, it’s important to know exactly what you’re working with – this means turning geological data into a readable, reliable format.

In a typical geological map, the rock units, faults and folds are plotted on a topographic map base, with different colours and symbols standing in for different features.

The map may also show the location of fossils and mineral deposits, along with the potential location of energy resources such as oil or coal.

It’s a relatively straightforward idea, and it’s far from a new one.

In fact, the oldest preserved geological map is the Turin Papyrus Map, which dates back to around 1150 BC.

Designed to aid the pharaoh’s quarrying expedition, the map shows the location of sandstone and gold deposits along with information including on the various rock types of the Wadi Hammamat region of Egypt.

Geological mapping in the modern age

In modern times, the process of geological mapping has been refined considerably.

The British Geological Survey (BGS) has been carrying out extensive surveys since 1835.

More recently, this long-established science has been going through an unprecedented period of change.

As Jon Ford, chief geologist, England, at BGS, explains, over the past decade or so we have seen something of a digital revolution.

“We are seeing an increased availability of above and below-ground digital data that is of considerable value to geological mapping, and a range of new tools that allow us to access that data,” he says.

“We’re moving from a point where it was quite difficult to discover, gather and synthesise all the ‘baseline’ information we might need prior to fieldwork, to being able to rapidly access a wealth of information digitally, often through online portals.

This has clear implications for mining – as he points out, accurate geological map data can have many different uses within a commercial project.

What’s more, the data that is used would be at a range of different scales and resolutions.

“At a regional-scale, this map data could be used in conjunction with geophysical data to identify areas that may be geologically favourable for particular forms of mineralisation,” he says.

“These data could be used to guide the regional exploration strategy and home in on areas that may deserve more detailed investigation.”

The data may help identify more specific areas where rock and mineral sampling might be appropriate, and to provide a context to the sampling results.

As well as its applications on the exploration side, geological mapping can be used at various other stages of a mining operation.

“For example, geological map data may help inform the development of infrastructure associated with exploration or mining,” says Ford.

“The geological map data could also be used to understand some of the environmental considerations associated with mining activity, and to assess the availability of resources, for example groundwater, that the operation may require.”

While there is no single, hard and fast method for developing geological maps, the process typically involves a number of steps.

It is a multidisciplinary process, involving literature surveys, research, remote interpretation and fieldwork – increasingly facilitated through the use of digital tools and workflows.

Ford says that, at BGS, geologists begin their mapping process at the office, working with a vast array of baseline information.

“We need to ensure we’re bringing all that relevant information together and deriving the maximum value from it to help us understand what the geology is doing,” he says.

“This is the first step in the digital mapping workflow.

““If we can’t necessarily understand it upfront, we can use it to identify particular target areas that may require further investigation, such as through fieldwork or geophysical surveys.”

Geologists in the UK are fortunate in that they have a huge quantity and diversity of baseline information available to them.

This may take the form of digital elevation data, historical mapping information, geophysics, and a growing resource of borehole data from ground investigations.

“There’s a huge amount of information that we can bring together within digital environments,  including through the use of immersive 3D visualisation,” says Ford.

“This allows us to create virtual geological environments and interpretations, that we can take digitally to the field, the second step in the workflow.”

The idea is that, rather than making your fieldwork observations by hand, and transcribing them into a database at a later stage, you take a portable “ruggedised” computer with you to the field.

These devices include customised geographic information system (GIS) data entry software, tailored for geological surveying, allowing the relevant data to be recorded on the spot and analysed as soon as you return.

They also include built-in GPS (or a wireless link to GPS), a portable long-lasting battery and an easy-to-read screen.

“The BGS approach to mapping involves a digital field data capture system whereby we take our geological baseline data and virtual interpretations with us to the field on robust, waterproof tablets,” says Ford.

“These allow us to test and augment our conceptual understanding with direct observations.

“We return to the office with the combined interpretation and field data in digital form, and in the third step in the workflow we use a combination of 2D GIS and 3D visualisation to synthesise this information and compile our final geological interpretation.”

Taking it to another dimension

These days, creating the virtual interpretation and developing the final map tend to take place in three dimensions.

Up until quite recently, geological maps were two-dimensional – they displayed the distribution of geological units at the surface and in cross sections showing the geology underground in a 2D plane.

By contrast, 3D maps provide a sense of what’s happening beneath the surface using 3D models that allow the geology to be viewed in all directions.

This gives geologists and users of the data the opportunity to develop more robust and conclusive interpretations and conclusions.

As an example, BGS has developed a national geological model of the UK’s subsurface, called UK3D, which displays cross sections in a grid-like network.

These cross sections reach down to 6km below the ground surface, and up to 20km offshore.

It is intended to give decision-makers greater clarity in planning for the future; for instance, by identifying potential energy and mineral resources and for understanding where the geology may be suitable for underground waste disposal or storage.

“Geologists have always needed to think in 3D, but conventional mapping approaches have often limited us to representing this in 2D. Digital advances have opened up the opportunity for us to capture and convey this 3D understanding more easily,” says Ford.

“BGS has transitioned from being a 2D geological survey to 3D, but the science continues to evolve; we are increasingly a 4D geological survey, thinking not only about the 3D geometry of the subsurface, but also how that subsurface behaves over time.

“This whole field is very rapidly changing, with advances such as subsurface monitoring and digital communications allowing geologists to show how the geological system can affect people on a human timescale.”

He adds that these kinds of advances have dramatically changed how geologists work.

In years gone by, digital systems were considered to be separate from geologists’ fieldwork, but increasingly that distinction is breaking down.

“I think nowadays at BGS we’d consider ourselves to be digitally enabled and digitally equipped geologists,” he says.

“Our digital data sets and workflow help us to create more confident and useful maps and models, and to work in a more efficient way.

“The field geology is still absolutely essential but we’re able to undertake that in a way that’s more targeted and better integrated with the wide range of data that’s available to us.

“A geologist can operate between a field and digital environment almost seamlessly.”

On the basis of baseline

Over the years ahead, Ford expects the two disciplines will merge further.

He also thinks machine learning algorithms have a role to play in helping geologists make sense of the vast data sets that are available.

“There’s all this baseline data that’s available to us in a digital form, so the question is how we can use advanced computing technology to bring it together,” he says.

It goes without saying that mining companies have a lot to gain from advances of this kind.

If a geological map is inaccurate, the mining activities themselves could fail, resulting in a significant waste of resources.

However, today’s digital geological maps help them build a good understanding of the geological conditions before operations begin.

The other advantage of digital data is that it can help speed up the process – important in commercial projects, where time is of the essence.

“In terms of future advances and innovations, it’s about increasing the way in which we as geologists will work with digital systems to make our work more effective and produce more robust and confident geological output,” Ford concludes.

This article originally appeared in the Volume 1 2019 edition of World Mining Frontiers. The full issue can be viewed here.