While progress has previously been slow in rolling out the full capabilities of rig automation, oil firms are now starting to equip offshore installations with autonomous drilling control systems 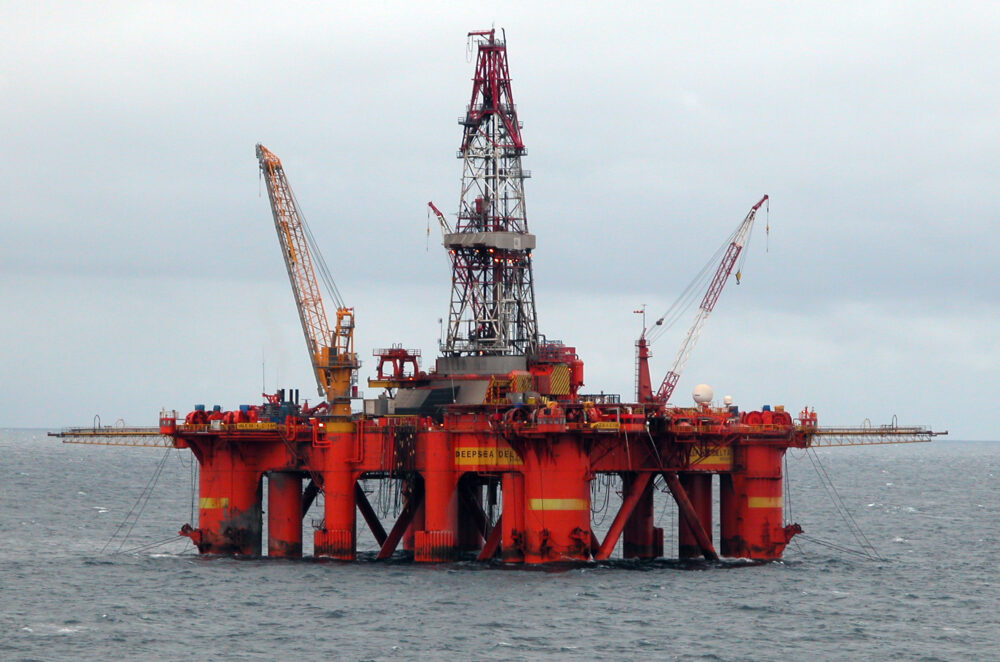 Automation of oil rigs has the potential to make offshore drilling safer and more efficient, and yet, progress in this area has been fitful. Now, the introduction of automated drilling control (ADC) on North Sea oil rigs promises some measure of progress. World Expro writer Will Moffitt talks to Per Ivar Halleland, senior expert for oil and gas at maritime advisory group DNV GL, about the myriad benefits of this technology aboard 21st-century oil rigs, and the challenges that could stifle further implementation.

More than 30 years on, the footage of the Piper Alpha disaster is no less visceral. Ruptures to underlying oil and gas pipelines turned this once glinting, 14,000-tonne oil rig into a blazing inferno, and then a smouldering ruin lapped by the chilly waters of the North Sea. Speaking to The Guardian on the anniversary of the incident, survivor Charles Haffey described the eruption as “a welder’s blow torch” magnified by “thousands of times”.

Claiming 167 lives, the Piper Alpha disaster remains the deadliest oil rig accident in history, and it starkly revealed the dangers faced by workers on offshore drilling platforms when faulty engineering systems are at play – in particular, what can happen when a safety valve on a condensate injection pump is released without anyone knowing, spewing thousands of cubic feet of gas into the air.

The recurrence of similar disasters, most notably the 2010 explosion aboard the Deepwater Horizonin the Gulf of Mexico, has led governments and industry experts to reassess how such calamities can be avoided.

One way to do this is through automation – increasingly, builders of offshore oil rigs are starting to equip their structures with automated pipe-handling and tripping systems to eliminate the need for human intervention, and to reduce the volume of accidents on board.

In fact, these modest improvements are the tip of the iceberg when it comes to the potential uses for automated processes. Norwegian oil and gas company Equinor, for instance, has recently launched the first fully-autonomous offshore platform capable of performing drilling operations with little or no staff members.

Meanwhile, French multinational Total is trialling a robot in the North Sea that can read dials, gauges and valve positions, and detect gas leaks independently.

“For the past two to three years there’s been a lot of automated activity in the North Sea,” says Per Ivar Halleland, senior expert for oil and gas at maritime advisory group DNV GL. In that time, Halleland has been working with third-party vendors that equip these offshore installations with autonomous drilling control systems (ADC).

Much of this investment has been driven by Equinor, although other operators have followed its example. While a degree of automation on oil rigs is nothing new – many modern offshore rigs have cybernetic driller’s chairs with joystick controls – most of these solutions have tended to assist manual tasks rather than trusting sensors and robotics outright.

Autonomous drilling takes this a step further, using algorithms to map out wells, make complex calculations and decisions on the fly, and drill for long periods without making costly errors.

Touted as an ingenious way of increasing efficiency, reducing costs and minimising the need for human oversight – particularly in harsh offshore environments – ADCs have been in development for some time. Recent evidence has suggested they could be a key driver of industry success.

While estimates vary, many operators predict this technology has the capacity to reduce drilling costs by 30% to 50%, saving owners significant overheads. And by monitoring drilling activity, these devices can cancel out production errors and the lapses of concentration that inevitably come with fatigue induced by long hours on the drilling floor.

After trialling ADC in 2017 in a partnership with Swiss offshore drilling contractor Transocean, Equinor claims that automated drilling can deliver clear benefits to its offshore operations, so much so that the operator has signed an agreement with the vendor to license and install ADC systems on five rigs in the North Sea.

According to Equinor, the benefits of this digitised approach include increased penetration in drilling, enhanced monitoring of drilling fluid levels, highly-stable bottom-hole pressures and early detection of kick or loss events.

In an article on the company’s website that discusses the benefits of automated drilling, Tore Weltzin, drilling and well expert at Equinor, talked about the potential for a “plug-and-play system” to be used across various different offshore locations – software that, if successful, has the potential to drastically alter how Equinor’s drilling operations are conducted.

Following in Equinor’s footsteps, Danish drilling leviathan Maersk is also upgrading its offshore platforms and using algorithms to make them more efficient and eco-friendly. The jack-up rig Maersk Intrepid, for instance, will incorporate a NOVOS ADC system that is linked to third-party algorithms to help the drill floor team work more consistently.

“In a perfect world, it should be possible for any third-party vendor to make a good algorithm on how to drill efficiently, and how to do different work processes in the well. And it is happening quite a lot,” Halleland says, referring to events in the North Sea specifically, which he regards as a series of exciting experiments, rather than a revolutionary vanguard.

At the moment, Halleland insists that these independent machines don’t always “beat the best driller”, although their capacity for machine learning means they do improve with practice and are unlikely to make the same mistake twice.

What some of the early trials with automation do show is that these algorithms are particularly good at spotting inconsistencies in data, locating potential pitfalls in operating mechanics, and taking counteractive measures to avoid errors that could halt production, or worse, cause fatal accidents.

“What I’ve seen is that they are able to detect differences in recorded data, like pressure readings, and then compare those to typical levels,” Halleland says. “They have been able to spot quite a lot of technical problems and pinpoint [exactly] where they originate from.”

For Halleland, regulations are a particularly tricky area when it comes to automation. Given that offshore drilling techniques have largely remained the same for decades, nearly all the rules governing these operations are human-centric.

Rig operators are therefore largely dependent on the maritime industry – not a sector renowned for its spirit of innovation – to develop a set of rules and regulations that would allow for automated drilling processes to be conducted safely, with clear guidelines on how these systems should be run, and who would be culpable were an accident to happen.

Then, of course, there is the problem of where to innovate and why. As Halleland points out, it’s not as if every one of these offshore installations is receiving a full makeover. In fact, many operators – such as Maersk – are using oil rigs that are sixth or seventh-generation structures in need of upgrading, and it remains to be seen whether automating one aspect of the rig is enough for them to run as efficiently as planned.

Inevitably, integrating all aspects of these complex, multilayered platforms will take time.

“At the moment, lots of the vendors are building on existing control systems and trying to utilise more of the machine that already exists,” Halleland continues. “But I’m not sure if taking a simple machine and adding three more sensors is greatly enhancing the safety aspect of it.”

Investment remains a crucial issue given that more of it is needed for automated drilling systems to flourish. It should surprise no-one that most of the companies experimenting with the technology are based in Norway. Oil companies there stand to benefit from government schemes, such as the NOx Fund – an agreement to cut nitrogen oxide emissions – which will subsidise them by up to 80% for pursuing “greener”, more efficient technology solutions.

“We are talking about a limited number of projects here. Of course, it will go further, but it takes time and money,” Halleland explains. “[Automation] needs big investments to bring it forward and, of course, when you don’t have huge amounts of products, it’s difficult to find clients that will pay for them.”

Invariably, in an industry where there is no room for mistakes, where even the tiniest halt in production results in substantial financial losses, and where mistakes cost lives, it is not enough for tools such as ADCs to outperform humans.

Further tests are required to ensure that these systems are safe and reliable on a consistent basis in locations hundreds of miles from shore. Once that consistency is guaranteed, however, the myriad benefits of automation will be there for all to see.

For Halleland, one thing that will speed up this process is greater co-operation between all sections of industry, and a more trusting, transparent dialogue around how these technologies are faring.

Given the complex challenges the industry faces, and the economic downturn caused by Covid-19, it feels likely that automation will mostly remain a human-centric enterprise, with robots and algorithms assisting workers rather than replacing them outright.

However, with further investment and a more established set of regulations, long-term automation could drastically reshape offshore drilling, enabling these platforms to save money on overheads, operate with greater efficiency, and, most importantly, function as hyper-sensitive warning systems to prevent fatal accidents from happening.

This article originally appeared in 2020 Volume 1 of World Expro magazine.