The Statfjord field producing since 1979 was one of the biggest oil fields on the Norwegian continental shelf. The offshore oil and gas field that straddles the Norway/UK boundary is planned for an operational life extension until 2040.

The Statfjord field was discovered by Mobil in 1974, while Equinor (formerly Statoil) has been the operator of the field since January 1987.

Equinor Energy holds a 44.34% stake in the main field while the other partners are Spirit Energy (34.29%) and Var Energi (21.37%). Var Energi picked up a 21.37% stake in Statfjord Unit through the acquisition of ExxonMobil’s upstream assets in Norway in December 2019. The other partners in the Statfjord area are Petoro, Idemitsu Petroleum Norway, and Wintershall Dea Norge.

The Statfjord area comprises the main field as well as multiple satellite fields including Statfjord Ost, Statfjord Nord, and Sygna. The cumulative oil and gas production from the field reached five billion barrels of oil equivalent (boe) in September 2016.

Following the subsurface mapping of the Statfjord field that indicated the presence of enough recoverable oil resources, the Statfjord field development partners decided in January 2020 to extend the field life until 2040 by drilling up to 100 new wells by 2030.

The Statfjord field is located in the Tampen area in the northern part of the North Sea. The UK’s share of the field is 14.53%, while the remaining 85.47% is held by Norway.

The water depth in the area is approximately 150m and the field’s reservoir is located up to 3,000m-deep below the seafloor.

The field development partners deferred the decommissioning of Statfjord A platform until 2027 which was initially scheduled for 2022. The Statfjord B and Statfjord C platforms are expected to continue operations until 2040.

The current expansion plan involves the drilling of new wells and the upgrading of the three platforms to maintain the current production capacity of the field beyond 2025.

The Statfjord A platform, with the topside weighing approximately 41,500t, started production in November 1979. Located on the central part of the field, the platform has an oil storage capacity of approximately 1.3 million barrels.

The Statfjord B platform, situated in the southern part of the field, came on stream in November 1982. It has with 42,500t topsides and is capable of storing 1.9 million barrels of oil.

The Statfjord C platform that commenced operations in June 1985 is located in the northern part of the field area. The topside weight of the platform is approximately 50,000t, while its oil storage capacity is 1.9 million barrels of oil.

Oil and gas production and transportation

The field produced 2.59 million cubic metres of oil equivalent in 2019, according to the Norwegian Petroleum Directorate.

The Norway’s share of gas is transported by the Statpipe pipeline to the Karsto gas processing plant in Rogaland County, Norway.

Norwegian engineering company Apply entered into a framework agreement for engineering and installation services for the Statfjord field life extension in July 2020. The scope of the agreement includes overhaul, replacement, and modification deliveries on the three platforms of Statfjord.

Aker Solutions was selected to provide inspection services for the three production platforms in Statfjord field in November 2019. 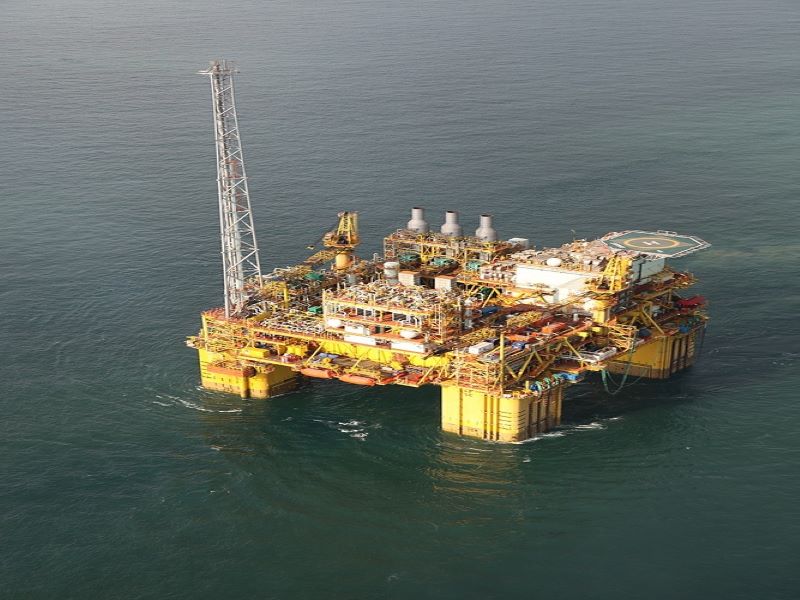