65MWt of process steam and 15MW of electricity

The Woodpower project being developed by Belgian chemical company Solvay involves the replacement of a coal-fired boiler at its Rheinberg soda ash plant in Rheinberg, Germany, with a new biomass boiler.

The project is being developed in line with Solvay’s climate action plan to reduce its CO2 emissions by one million tonnes by 2025.

The new plant will provide 65MWt of process steam for the soda-ash facility and generate 15MW of electricity for the Rheinberg public grid.

Construction of the project is scheduled to be started in the second half of 2019, while commissioning is expected in May 2021.

Once operational, the cogeneration power plant will lower CO₂ emissions of the facility by 190kt/year, which is 30% lower than that of the existing coal-fired boiler. It will also reduce the use of fossil fuel by approximately 25%.

Location and plant make up

Solvay’s Woodpower project involves a wood processing facility planned to be developed on a 47,000m² site and a cogeneration plant on a 15,000m² site adjacent to the Rheinberg soda ash plant. The site is located in an area designated as an industrial site since 1977.

The cogeneration plant will house the woodchip silos, a wood-fired boiler, a steam turbine, and associated other infrastructure facilities.

The plant will be equipped with Aalborg Energie Technik’s (AET’s) combustion system involving an efficient biomass boiler. It will burn locally sourced, recycled wood for a fuel heat input of 90MWt, while the efficiency of the biomass boiler will be 92%.

It will also be fitted with  AET’s selective non-catalytic reduction (SNCR) DeNOx and flue gas cleaning systems for emissions control.

The plant operation will be digitally controlled and monitored with the help of programmable logic controller (PLC) and supervisory control and data acquisition (SCADA) systems.

The wood chips will be loaded into the combustion chamber with the use of spreader stokers. Smaller fuel particles will burn in suspension, while larger ones will land on the grate at the floor of the furnace to form a fast-burning fuel layer.

The grate will move continuously to transport the burning fuel layer towards the boiler. The grate speed will be adjustable to account for variations in fuel quality and ash content.

The boiler will be fed with primary combustion air through the grate bars via small air nozzles, while the combustion zone is fed with secondary air through several rows of air nozzles. The approximately 50:50 efficient mix of air and combustion gases will help lower the nitrogen oxide (NOx) emissions.

The boiler furnace will be tall and slim and will feature Inconel cladding to prevent corrosion. The biomass boiler at the facility will be optimised for a residence time of two seconds at 850oC.

The SNCR DeNOx system will help reduce the NOx emissions up to 85% by injecting a reagent in the post-combustion chamber.

The Solvay Woodpower project is expected to process up to 300,000 tonnes per annum (tpa) of waste wood, an equivalent of 60 truckloads a day.

Waste wood will be obtained from local suppliers, without using any  fresh wood from trees.

The wood chips to be used in the plant will be a mixture of used wood, industrial lumber, and demolition wood. The biogenic proportion of wood to be utilised at the facility will be approximately 95%.

Aalborg Energie Technik (AET) is the technology provider for the project. It will provide the combustion system, a biomass boiler, the boiler house, electrical system, as well as SNCR DeNOx, flue gas cleaning, PLC control and SCADA systems, as part of a contract awarded in May 2019.

AVG, a construction and transport service provider based in the Netherlands, has been engaged as the development partner for Solvay Woodpower project. 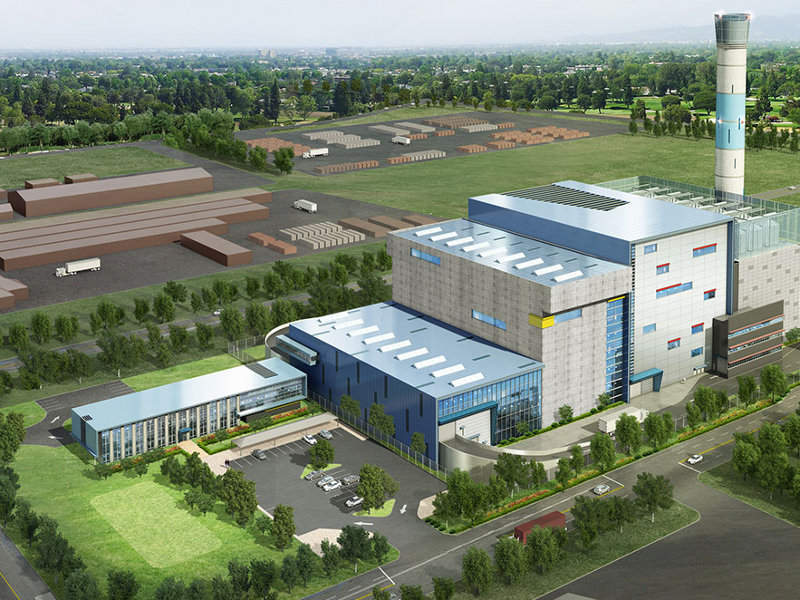