Nechalacho is Canada’s first rare earth mining project that commenced production in June 2021. Located in the Northwest Territories of Canada, the project comprises the development of near-surface Tardiff and North T deposits that are being developed in two stages in the initial phase.

Cheetah Resources, a Canadian subsidiary of Australia-based Vital Metals, is developing the project.

Avalon Advanced Materials had owned the entire Nechalacho rare earth property and completed a feasibility study in April 2013. Cheetah Resources purchased the near-surface rare earth resources of Nechalacho for a cash consideration of £2.9m (C$5m) in October 2019, while Avalon Advanced Materials retained the ownership of the deeper Basal Zone resources.

Vital Metals completed the acquisition of Cheetah Resources to become the owner and operator of the Nechalacho upper zone project in the same month. It also received the necessary environmental and regulatory approvals to start mining operations at the site by May 2020.

Vital Metals finalised the key contracts as well the offtake agreement for the project in February 2021 and completed a £24m (A$43m) ($33.2m) institutional placement to fund the project development in March 2021.

Production started from a North T starter pit at Nechalacho in June 2021 making Vital the first rare earth producer in Canada and the second in North America.

The drilling operations at the larger Tardiff Zone were also started for the stage two development of the project in February 2021. The company targets to produce at least 5,000t of rare earth oxides (REO) from the project by 2025.

It lies approximately 100km south-east of Yellowknife and 5km north of the Hearne Channel on the eastern side of the Great Slave Lake.

The Nechalacho rare earth deposit is held by the syenite intrusion that forms part of the Blatchford Lake Intrusive Complex. The deposit is broadly categorised into three distinct mineralised zones, including the near-surface T Zone and North T Zone, and the deeper Basal Zone that lies below a depth of 150 metres above sea level (masl).

The North T Zone being developed in stage one is located approximately 2km north of the larger Nechalacho rare earth project previously proposed by Avalon.

The Tardiff Zone is estimated to hold approximately 94.7 million tonnes (Mt) of measured, indicated, and inferred ore resources grading 1.46% of total rare earth oxides (TREO), while the total ore resources at the T Zone are estimated to be 101,000t grading 9.01% TREO.

The SRC rare earth processing facility comprising a monazite processing unit (MPU) and a solvent extraction unit (SXU) is expected to be operational in 2024. It will convert the mixed rare earth carbonate product supplied by Vital Metals into commercial-grade, separated rare earth oxides.

Further, the two companies have the option to increase the annual off-take volume to 5,000t of REO over a period of ten years.

Aurora Telecom Services was engaged in the construction of an ice road connecting the project site with Yellowknife for the mobilisation of plant and equipment, while TOMRA was contracted to supply a COM tertiary XRT sorting machine for the project in January 2020.

North Tech was engaged for drilling operations at the T-Zone, while Orelogy Consulting was appointed for the design of the North T open-pit.

Tetra Tech supported the environmental assessment and review processes, as well as the feasibility study and regulatory permissions for the project. 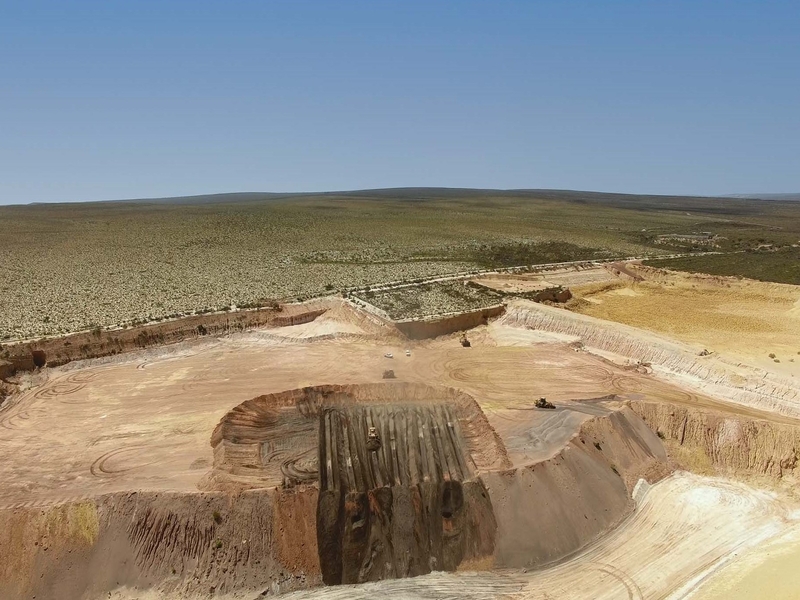