The Mountain Pass rare earth mine located in San Bernardino County, California is the only operating rare-earth element (REE) mine in the US.

With an average grade greater than 8%, Mountain Pass is considered to be one of the highest quality rare earth deposits in the world.

Producing since 1952, the Mountain Pass mine was the biggest source of rare-earth elements until China started dominating the global rare earth production in the late 1990s.

The Mountain Pass rare earth mining operation has been subjected to ownership changes and production suspensions multiple times over the last six decades.

MP Materials, the current owner and operator, restarted mining operations at the Mountain Pass rare earth mine in the last quarter of 2017.

The new owner is implementing a modernisation project at Mountain Pass to produce final rare earth oxide (REO) products onsite by the end of 2020.

The remaining minority interest in the company is held by China-based Leshan Shenghe Rare Earth.

The mining operation at Mountain Pass was suspended due to weak prices for rare earth in 2002.

Chevron Mining, a wholly-owned subsidiary of Chevron Corporation, acquired the mine from Unocal in 2005 and started processing stockpiled rare earth concentrates at the site in 2007.

Molycorp acquired the Mountain Pass rare earth mine from Chevron in September 2008 and restarted mining operations at the site in 2010.

Molycorp, which invested approximately £1bn ($1.5bn) for the development of the Mountain Pass rare earth property, went bankrupt in 2015, resulting in the suspension of mining operations.

MP Materials acquired the property in June 2017 and commenced mining in the fourth quarter of 2017, while the production of rare earth concentrates at the reopened mine took place in 2018.

The USA’s sole operating rare-earth mine accounts for more than 10% of the world’s total rare earth concentrates production.

The other REE mining project to advance in the US is the Round Top rare earth minerals project in Texas.

The on-going modernisation program at the mine involves the re-launching of the Chlor-Alkali facility which will produce chemical reagents needed for processing different rare earth oxides.

The Chlor-Alkali facility which was built by the previous owner Molycorp is intended to produce the necessary chemical reagents by recycling the waste solution from the rare earth separator unit of the existing main processing facility.

Scheduled for completion by the end of 2020, the modernisation programme will enable MP Materials to produce rare earth oxides including Nerodymium, Praseodymium, Lanthanum, and Cerium, as well as heavy rare earth concentrates onsite, without sending the rare-earth concentrates to China for further processing.

The ore body primarily consists of calcite, dolomite, barite, and bastnasite in different proportions, while bastnasite is the most prominent economic mineral found at the deposit.

The Mountain Pass REE mine is estimated to contain 18.4 million tonnes of proven and probable carbonatite ore reserves grading 7.98% REO.

The conventional open-pit mining method is implemented at the Mountain Pass rare earth mine. After extraction, the bastnasite ore is separated from overburden at the mine site and is sent to the nearby processing facility.

The ore material undergoes crushing, milling, conditioning and floatation at the beneficiation facility for the production of rare earth concentrate.

The obtained concentrate then undergoes a chemical process for the purification, recovery, separation, and precipitation of individual REEs.

The REOs including cerium, lanthanum and NdPr oxide are treated and packaged to meet the customer requirements.

The Mountain Pass REE mine site can be accessed through the Bailey Road exit from the Interstate 15.

The electricity is supplied through a 12kV line from a Southern California Edison substation located 3.4km away from the project site. 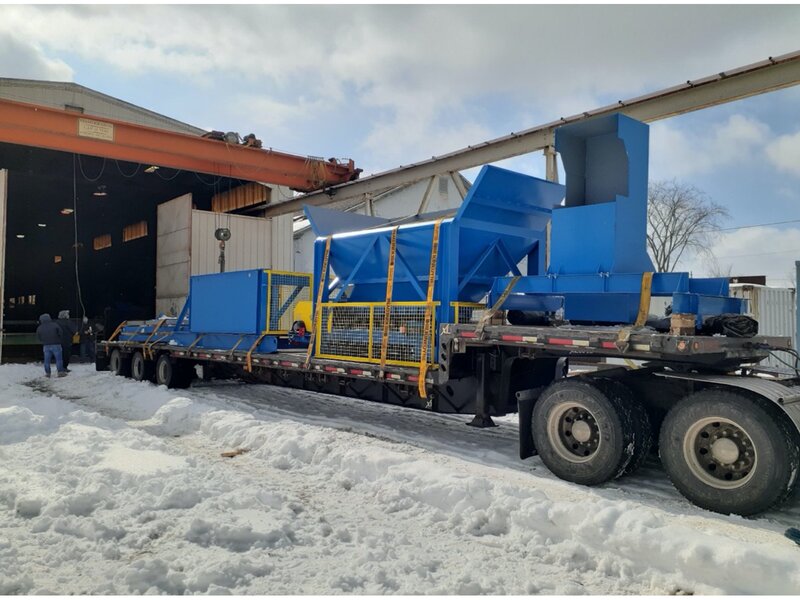