Citronen lead-zinc project is a high-grade metal project being developed in northern Greenland. Designated as one of the world’s biggest undeveloped zinc-lead resources, Citronen is located approximately 2,100km north of Nuuk.

Ironbark Zinc owns and operates the project, which is estimated to cost approximately $514m under a 30-year mining license.

The base metal project is currently in early development stage and is anticipated to contain more than 13 billion pounds of zinc and lead. It is expected to have open-pit mine life of 14 years and 11 years for underground operations.

Mining permit for the project was granted by the Government of Greenland in December 2016, while the updated feasibility study was completed in September 2017. The project broke ground for construction in August 2018 with large-scale works scheduled to be st   arted in 2019.

The Government of Greenland will receive a net smelter royalty of 1% for the first two years of production, 1.5% in the third year, 2% in the fourth year, and 2.5% during its remaining mine life.

The Citronen lead-zinc project is located within the Lower Palaeozoic Franklinian basin of northern Greenland. It is made up of three deposits namely Beach, Esrum, and Discovery.

The measured, indicated and inferred mineral resources at Citronen are estimated to be 70.8 million tonnes (Mt) grading 5.2% zinc and 0.5% lead.

The Citronen lead-zinc project will employ a combination of open-pit and underground mining methods. Conventional open-pit method of mining, involving drill and blast followed by load and haul, will be used at the open-pit, while room and pillar mining method will be applied for underground operations.

Ore is proposed to be mined at a rate of 3.3 million tons per annum (Mtpa) and delivered to the processing plant by trucks.

The ore will undergo two stages of crushing followed by screening in a high-frequency vibratory double-deck, with the undersized material conveyed to the dense media separation (DMS) feed bin.

Cyclone overflow from the DMS will be passed through primary ball milling and vertical stirred milling (VTM). The resulting product from the mill will be subject to flotation and re-grinding processes to produce separate lead and zinc concentrates.

The concentrates will be dewatered separately to a minimum of 60% solids by weight in a conventional thickener. The overflow from the zinc and lead concentrate thickeners will be sent to the process water tank, while the filter cake discharge is conveyed and stacked in the covered storage area.

The lead and zinc concentrate filters will have a designed capacity of four tons per hour (4tph) and 40tph and will produce a filter cake with moisture content between 10% and 12%. The resultant lead concentrate will then be filtered in batches.

The concentrates from the covered storage area will be trucked to the port facilities and shipped to the European refineries.

Agreements with China Nonferrous and Metso

NFC will be awarded the engineering, procurement and construction (EPC) contract as part of the MoU, in addition to the offtake of concentrate products. The company will be responsible for facilitating the funding for the project and will hold an option to acquire up to 20% of the project.

Ironbark also entered a MoU with Metso Sweden (Metso), which established a framework to finalize the services and equipment supply for the Citronen project.

The project is currently accessed only by aircraft, while ocean access is available during the summer months through Frederick E. Hyde Fjord (FEHF). New haul and service roads will be constructed as part of the project development.

Power will be sourced from a proposed 23MW power plant, which will consist of six generator units. Four generators will generate the required power for the project, while the other two will serve as stand-by.

Fresh and raw water for the project will be collected from Lake Platinova, while workers will be accommodated at a 290-person camp.

Tailings will be stored at the 240tpd tailings storage facility (TSF). Port facilities will be established in the south-eastern corner of the Citronen Fjord and will comprise a pier head, two berthing/mooring dolphins, and longitudinal moorings.

Wardrop Engineering prepared the feasibility study of the Citronen project, which was further revised by Metso. Ironbark engaged Arccon for reviewing the report prepared by Metso.

Tetra Tech supported Ironbark Zinc in preparing the feasibility study of the project. 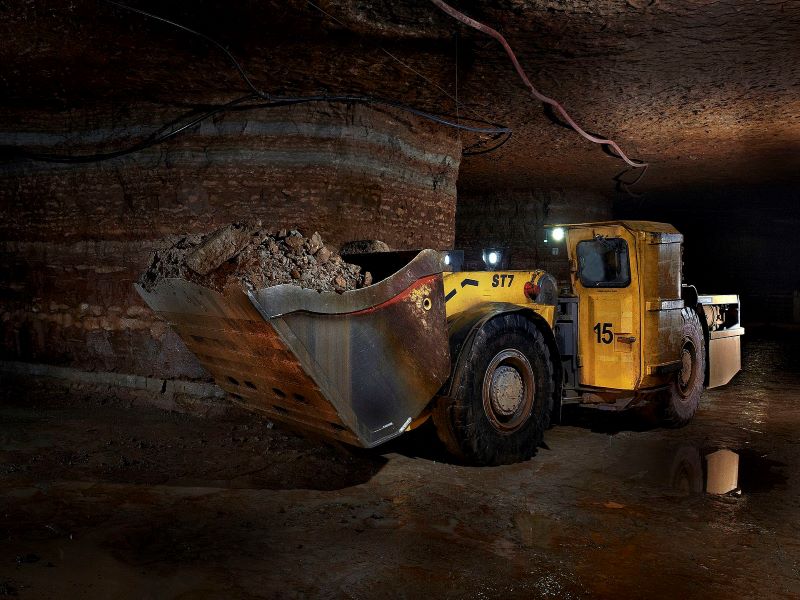