Borssele I and II is a 752MW offshore wind power project located in the Dutch North Sea, Zeeland province, Netherland.

Owned and operated by Ørsted (DONG Energy), the project has been fully functional since November 2020.

The Netherlands’ Minister of Economic Affairs awarded a concession for the development of the Borssele I and II wind power project in July 2017. Ørsted won the tender to produce electricity at a price of £65.7 (€72.7) per MWh, excluding the transmission costs.

While the construction works on the wind farm commenced in January 2020, the first power was produced in the month of April 2020.

The Borssele I and II offshore wind farm is expected generate enough green electricity to power approximately one million Dutch households a year.

The Borssele I and II offshore wind power project is located in the Dutch Exclusive Economic Zone in the North Sea, approximately 22km (14miles) off the coast of Westkapelle, Zeeland, Netherland.

The project site occupies approximately 112km2, while the water depth ranges from 14m to 36m.

The Borssele I and II offshore wind power project comprises 94 SG 8.0-167 DD turbines of 8MW capacity each from Siemens Gamesa.

The turbines are installed on 76m-high and 8.3m-diameter monopile foundations with each foundation weighing approximately 1,188t.

The electricity generated by each wind turbine is gathered and transmitted through approximately 190km of 66kV inter-array cables connected to TenneT’s Borssele Alpha offshore substation.

Siemens Gamesa was contracted for the supply of wind turbines for the Borssele I and II wind power project in July 2017. The contract scope also includes long-term maintenance of the turbines.

EEW SPC and EEW OSB from the EEW Group were contracted for the production and supply of monopiles and transition pieces in December 2018.

Sif Offshore Foundations was also awarded a contract for the production and supply of 47 monopiles in October 2018.

Bladt was ordered by Ørsted in December 2018 for the supply of additional of 24 transitional pieces apart from the previously contracted 35 pieces.

Dillinger was contracted for the supply of heavy plates for monopile foundation used in the transformer station.

DEME Offshore was engaged for the installation of monopile foundations for the Borssele I and II offshore wind project. 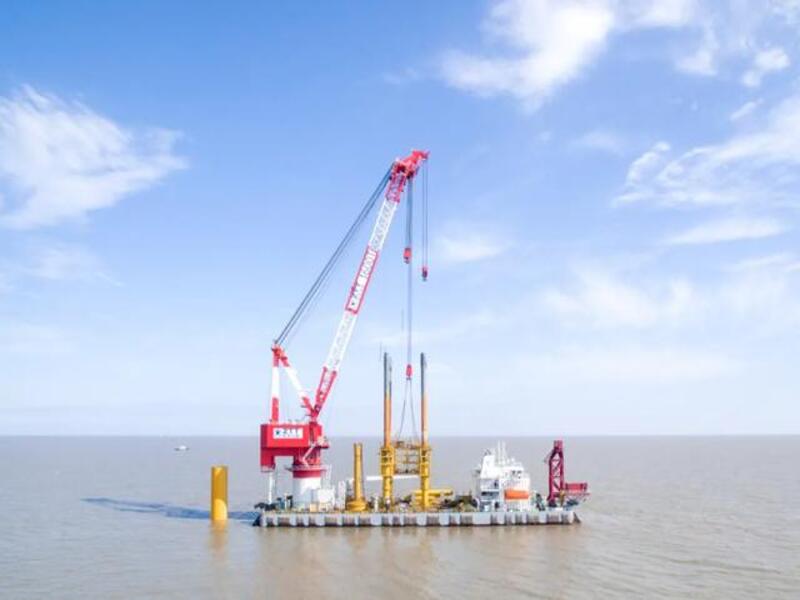