Port of Brownsville, Texas, US

Annova LNG is a 6.95 million tonnes per annum (Mtpa) LNG export terminal project located at the Port of Brownsville, Texas, US.

The $3bn LNG project is being jointly developed by Exelon, Black & Veatch Corporation, and Kiewit Energy Group. Exelon holds the controlling ownership and is the operator of the project.

The US Federal Energy Regulatory Commission (FERC) issued a draft environmental impact statement (EIS) for the project in December 2018 and issued the construction and operation approval in November 2019.

The US Department of Energy (DoE) authorised LNG export from the Annova project to countries not having free trade agreement with the US (non-FTA countries), in February 2020.

Construction on the project is expected to be started after reaching a final investment decision (FID) in 2020, while the start of operations is scheduled for 2025.

The Annova LNG project is expected to create 700 jobs in the construction phase and 165 jobs during operations.

Annova LNG export terminal will be developed on a 73-acre site owned by Brownsville Navigation District (BND) on the south bank of the Brownsville Ship Channel (BSC).

The facility will receive 900 million cubic feet (Mcf) of feed gas a day via an intrastate pipeline.

After pretreatment at site, the received feed gas will be processed at six liquefaction trains at the facility. Each LNG train at the facility will be equipped with a 72,000hp electric motor-driven compressor.

Black & Veatch’s PRICO® natural gas liquefaction technology is expected to be used by the LNG facility.

The produced LNG will be stored in two single-containment LNG storage tanks of 160,000m³ capacity each.

The LNG will be pumped from the storage tanks to the marine transfer facilities, where it will be loaded onto LNG carriers using cryogenic piping.

The other process-related infrastructure facilities for the project include the boil-off gas (BOG) handling and flaring systems.

The Annova LNG facility will be provided electricity by the South Texas Electric Cooperative (STEC), which will construct a new 15 mile-long transmission line and a 138kV switchyard in the project area.

The LNG terminal will be accessed by a new road connecting the State Highway 4 (Boca Chica Boulevard).

A new 5.9 mile-long potable water pipeline will also be constructed as part of the project.

Other facilities for the project include a control room, administration office, guard building, maintenance workshop, and an equipment storage warehouse.

Ernst & Young prepared the economic impact analysis of the project in 2015. Black & Veatch along with Kiewit was selected as the engineering, procurement and construction (EPC) contractor for the project in October 2018. 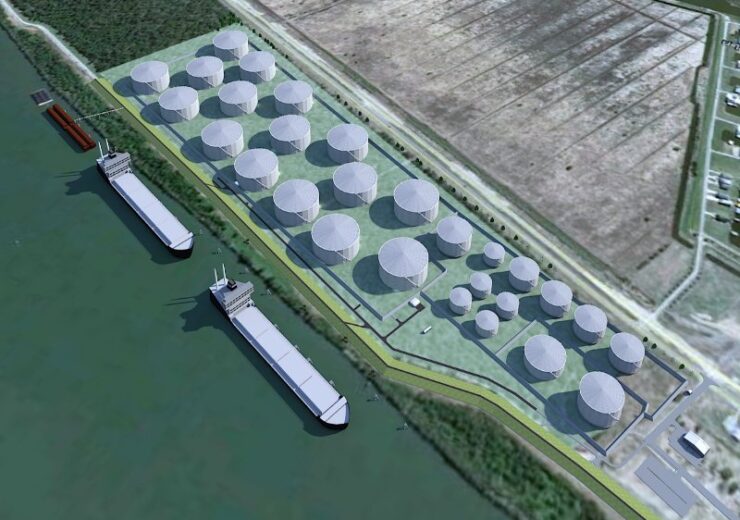