Yancoal allowed to recommence production at Austar Coal Mine

Yancoal said that it will recommence production at the Austar Coal Mine in New South Wales’ Hunter Valley after the New South Wales Resources Regulator cancelled all its earlier issued prohibition notices. 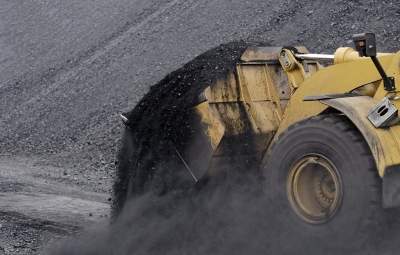 Image: Yancoal will recommence production at Austar Coal Mine. Photo: courtesy of dan/FreeDigitalPhotos.net.

Production at the Austar Coal Mine was suspended following a coal burst in mid-May.

Subsequently, the regulator issued two notices to Yancoal to ban all underground longwall operations at the mine.

The coal burst at the mine did not result in any injuries to the workers but had resulted in the explosion of tonnes of coal while damaging the longwall shearer.

Yancoal had withdrawn its employees at the Austar Coal Mine last month and had started the process of redeploying a majority of them to its other owned underground operations.

Following the cancellation of the prohibition notices, the company said: “Employees previously redeployed to other Yancoal-owned underground operations during the stand-down of Austar activities, as announced 9 July 2018, are currently being recalled to Austar to recommence production activities.”

Earlier this month, the NSW Resources Regulator announced that it will allow restart of limited longwall activities, under controlled conditions at the Austar Coal Mine.

On 1 August, 2018, the regulator lifted the notice after Yancoal implemented additional controls at the mine, including de-stress drilling and the training of staff in identifying pressure bumps and coal burst trigger action response plans. It then said that a further prohibition notice will be in tact which prevents longwall extraction from the 293m chainage.

In its announcement, NSW Resources Regulator said that the Austar Coal Mine will carry out controlled cutting under strict conditions up to the point in order to evaluate additional controls to mitigate a coal burst risk in addition to maintaining a 50m exclusion zone for workers.

The coal mine, which currently employs 205 people, is managed by Yancoal on behalf of Watagan Mining.

Located south west of Cessnock, the mine produces a semi-hard coking coal characterized as the highest fluidity and lowest ash coking coal in Australia.