Pan American Silver intends to acquire Yamana Gold after which the latter will sell to Agnico Eagle, certain subsidiaries and partnerships which hold interests in its Canadian assets, which include the Canadian Malartic mine, claimed to be one of the largest gold mines in the world 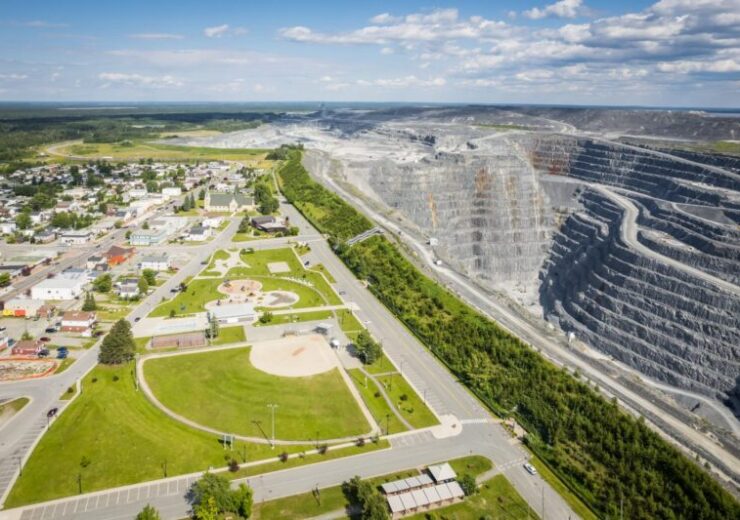 The proposed deal will help Agnico Eagle to take full ownership of the Canadian Malartic mine, which it co-owns with Yamana Gold. (Credit: CANADIAN MALARTIC PARTNERSHIP)

Canadian gold miner Yamana Gold has received a binding offer of around $4.8bn from Pan American Silver and Agnico Eagle.

The consideration comprises 153.5 million Pan American Silver’s shares, $1bn in cash from Agnico Eagle in addition to 36.08 million of the common shares in its capital.

In May 2022, Yamana Gold entered into a definitive agreement with Gold Fields to be acquired by the latter in a $6.7bn worth all-stock deal.

Yamana Gold’s board has determined the cash and stock offer from Pan American Silver and Agnico Eagle to be superior.

The offer is a premium of 15% to Gold Fields’ offer based on the spot price of its shares as of the closing of the market on 3 November 2022.

Pan American Silver intends to acquire Yamana Gold after which the latter will sell some subsidiaries and partnerships which own interests in its Canadian assets to Agnico Eagle. Included in these is the Canadian Malartic mine, which is touted to be one of the largest gold mines in the world.

Yamana Gold stated that it has informed Gold Fields of its intention to accept the Pan American Silver and Agnico Eagle offer. This will be contingent only to Gold Fields’ “right to match” as per their definitive agreement.

Yamana Gold’s shareholder meeting to vote on the Gold Fields transaction is slated to be held on 21 November 2022. Its board has not changed its recommendation about the pending deal pursuant to the arrangement agreement with Gold Fields.

For Agnico Eagle, the deal will help the company take full ownership of the Canadian Malartic gold mine, which it currently owns with Yamana Gold. For the latter, the deal will also give exposure to Agnico Eagle’s portfolio of producing mines in Canada, Australia, Finland, and Mexico.

Agnico Eagle president and CEO Ammar Al-Joundi said: “This transaction is a continuation of Agnico Eagle’s strategy to operate in regions where we believe we have a competitive advantage, in this case over 50 years of operating history.

“The full integration of the Canadian Malartic team and landholdings into our operational base in the region would enhance our Abitibi operating platform, placing Agnico in the unique position to further optimise the asset and unlock potential value through exploration and the leveraging of existing infrastructure, people and regional relationships.”